An egg a day might reduce your risk of heart disease, study says 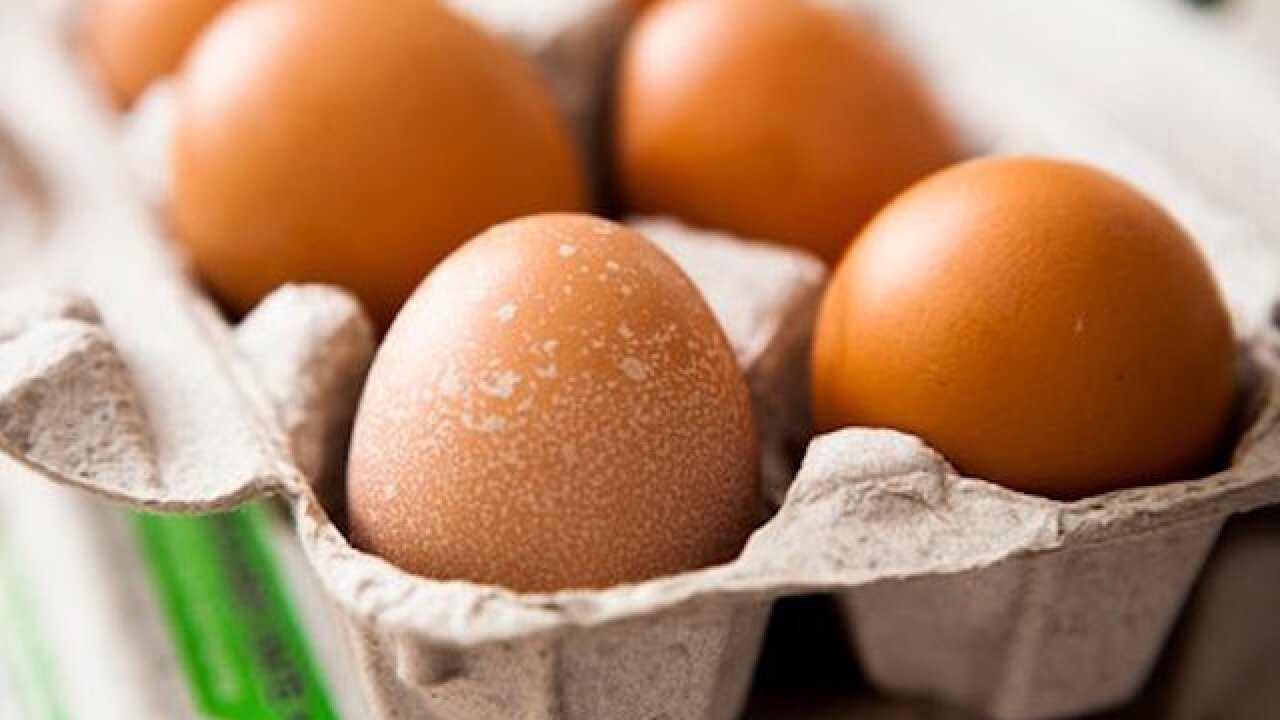 Copyright 2018 Scripps Media, Inc. All rights reserved. This material may not be published, broadcast, rewritten, or redistributed.
Amanda Greene
<p>https://www.gimletmedia.com/reply-all/120-invcel#episode-player</p>

Eating an egg a day may lower your risk of cardiovascular disease, a study of more than 400,000 adults in China suggests.

Daily egg eaters had an 18 percent lower risk of dying from cardiovascular disease, which manifests as heart attacks and strokes, compared with adults who avoided eggs, according to the research published Monday in the journal Heart.

Commonly called heart disease, cardiovascular disease includes heart failure, arrhythmias and heart valve problems in addition to strokes and attacks. Raised blood pressure, carrying too much weight or obesity, and elevated blood sugar all contribute to the risk of cardiovascular disease, which is triggered by unhealthy diet, physical inactivity, smoking and harmful use of alcohol.

In the past, doctors sometimes warned patients to avoid eating too many eggs.

Though eggs contain high-quality protein and other positive nutritional components, they also have high amounts of cholesterol, which was thought might be harmful, explained Canqing Yu, a co-author of the study and an associate professor in the Peking University School of Public Health in Beijing.

Yet "existing studies on the association between egg and cardiovascular diseases are controversial due to small sample size and limited information," Yu wrote in an email. Past studies have provided only limited evidence from the Chinese population, "which have huge differences in dietary habits, lifestyle behaviors and diseases patterns," Yu said.

These are among the reasons why he and his colleagues decided to investigate the relationship between eating eggs and cardiovascular disease.

To begin, they used information from an ongoing study of half a million adults living in 10 regions of China. They concentrated on 416,213 participants who'd never been diagnosed with cancer, cardiovascular disease or diabetes.

Slightly more than 13 percent of these adults, ranging in age from 30 to 79, said they ate about an egg a day while just over 9 percent reported never or very rarely enjoying an egg. Nearly all the participants ate chicken, not duck, eggs, Yu noted.

Over nearly nine years, the research team tracked this select group. They focused on major coronary events, such as heart attacks and strokes, including hemorrhagic strokes -- when a blood vessel bursts in the brain due, usually, to uncontrolled high blood pressure -- and ischemic strokes -- when a blood vessel feeding the brain becomes blocked, usually by a blood clot.

"Cardiovascular diseases are the leading cause of deaths in China, which accounted for half of the total mortality," Yu said. "Stroke, including hemorrhagic and ischemic stroke, is the first cause of premature death, followed by ischemic heart disease."

During follow-up, 9,985 people died of cardiovascular disease, and an additional 5,103 major coronary events occurred. Nearly 84,000 other participants were diagnosed with heart disease in this time period.

Analyzing the data, the researchers found that eating about an egg a day related to a lower risk of heart disease compared with not eating eggs.

In fact, participants who ate up to one egg daily had a 26% lower risk of hemorrhagic stroke, which is more common in China than in the United States or other high-income countries. Additionally, the egg eaters had a 28 percent lower risk of dying from this type of stroke.

Finally, egg eaters also enjoyed a 12 percent reduced risk of ischemic heart disease, which is diagnosed in those who show the early signs of gridlocked blood flow to the brain.

Based on the results, Yu said, eating eggs in moderation -- less than one a day -- is associated with a lower incidence of cardiovascular diseases, especially hemorrhagic stroke. Even more, the new research is "by far the most powerful project to detect such an effect," he said.

On the downside, the research team collected only "crude information" about egg consumption from participants, and this prevented them from estimating effects "more precisely," Yu said. "We should [also] be cautious when interpreting our results in a context of different dietary and lifestyle characteristics from China."

Part of a healthy diet

Caroline Richard, an assistant professor of agricultural life and environmental sciences at the University of Alberta in Edmonton, said the new study is simply observational, and so cannot show a direct cause and effect between eating eggs and risk of heart disease.

"Saying that, this is a very large study, and that in itself is a strength, and the researchers have done the best possible job to control for other factors," said Richard, who was not involved in the research.

Her own systematic review of studies showed that when participants are provided with between six and 12 eggs a week, no change occurs in major cardiovascular risk factors, including higher rates of blood sugar, inflammation and cholesterol.

"Several studies in our review observed a positive effect of egg consumption on HDL cholesterol," or "good" cholesterol, she added.

The new study, then, "delivers a similar message" that "egg consumption does not increase the risk of developing a cardiovascular disease," Richard said.

Some studies have suggested that consuming eggs increases the risk of diabetes, she said.

"In this study however, they didn't assess the risk of developing diabetes, which may be because diabetes is a newer disease in the Chinese population and there is not good documentation of who has it," Richard said. Still, she noted, "this will be very important data for helping develop dietary prevention guidelines in China."

Cardiovascular disease, which takes the lives of 17.7 million people every year, is the leading cause of death and disability worldwide, according to the World Health Organization. Cardiovascular disease causes nearly a third -- 31 percent -- of all global deaths each year.

"Overall, I would say that consuming egg as part of a healthy diet does not increase the risk of cardiovascular disease, and we now have another carefully done study to support that," Richard said.