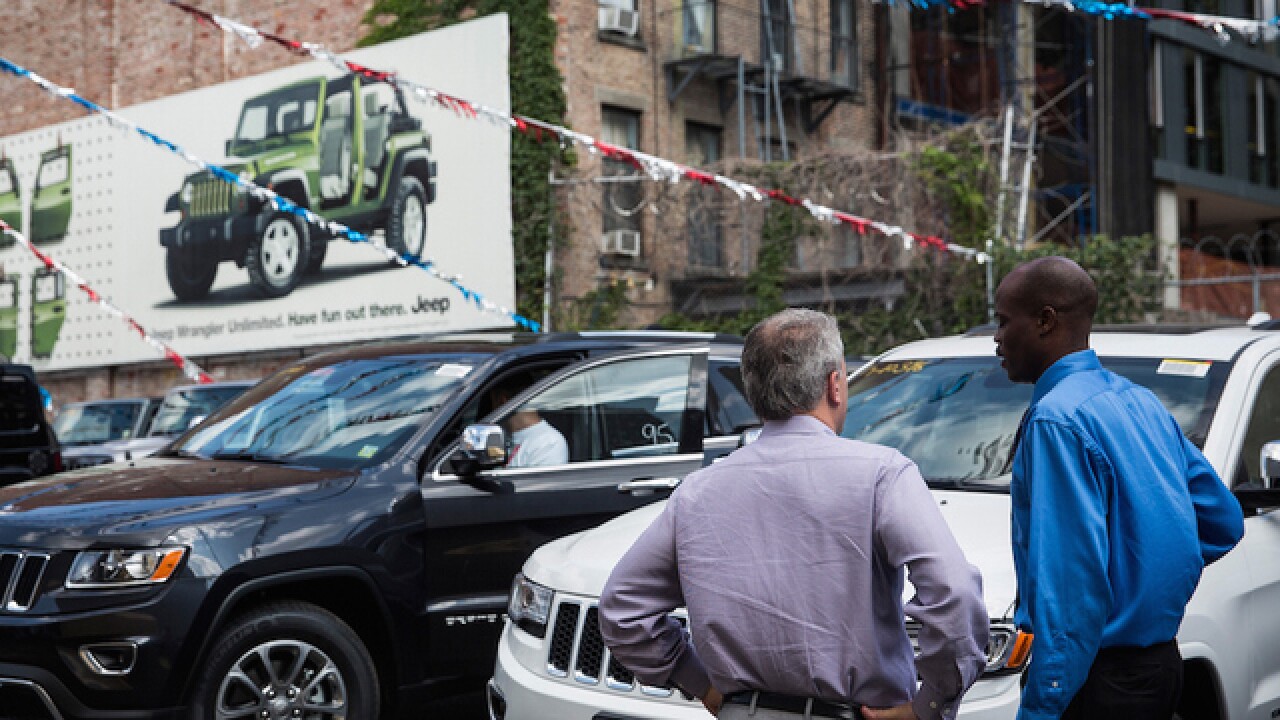 WASHINGTON (AP) — U.S. retail sales fell last month as Americans cut back on their car purchases, the latest sign that consumers are reluctant to spend freely.

Sales at retail stores and restaurants fell by a seasonally adjusted 0.3 percent in March, the Commerce Department said Wednesday, following a flat reading in February and a drop in January.

Americans have been more cautious about spending this year than most economists expected, despite steady job gains and lower gas prices. That's a key reason why analysts now think the economy barely expanded in the first quarter.

March's decline was largely driven by a sharp drop in auto sales, which plunged 2.1 percent. That was the steepest fall in more than a year. Sales at restaurants and clothing stores also retreated.

Sales at gas stations rose by the most since June, reflecting recent increases in oil and gas prices. The average nationwide price for a gallon of gas stood at $2.06 on Tuesday, according to AAA, up 14 cents since mid-March. Still, gas prices remain far below their levels one year ago.

But a category that includes online and catalog sales declined slightly, and spending at restaurants and bars fell 0.8 percent.

The retail report provides the first indication each month of Americans' spending, which drives 70 percent of the economy. Retail sales account for only about one-third of all spending, with services such as haircuts and Internet access making up the other two-thirds.

The economy is increasingly dependent on consumer spending to drive growth this year. Weak overseas economies and a strong U.S. dollar have dragged down exports, while business spending on new machinery and equipment has been lackluster.

Yet so far, Americans have been reluctant to open their wallets and pocketbooks. That's left the economy stumbling in the first quarter, with analysts at JPMorgan Chase forecasting growth of just 0.2 percent at an annual rate.