Amazon delivers 2,000 'boxes of smiles' to those in need in Maryland 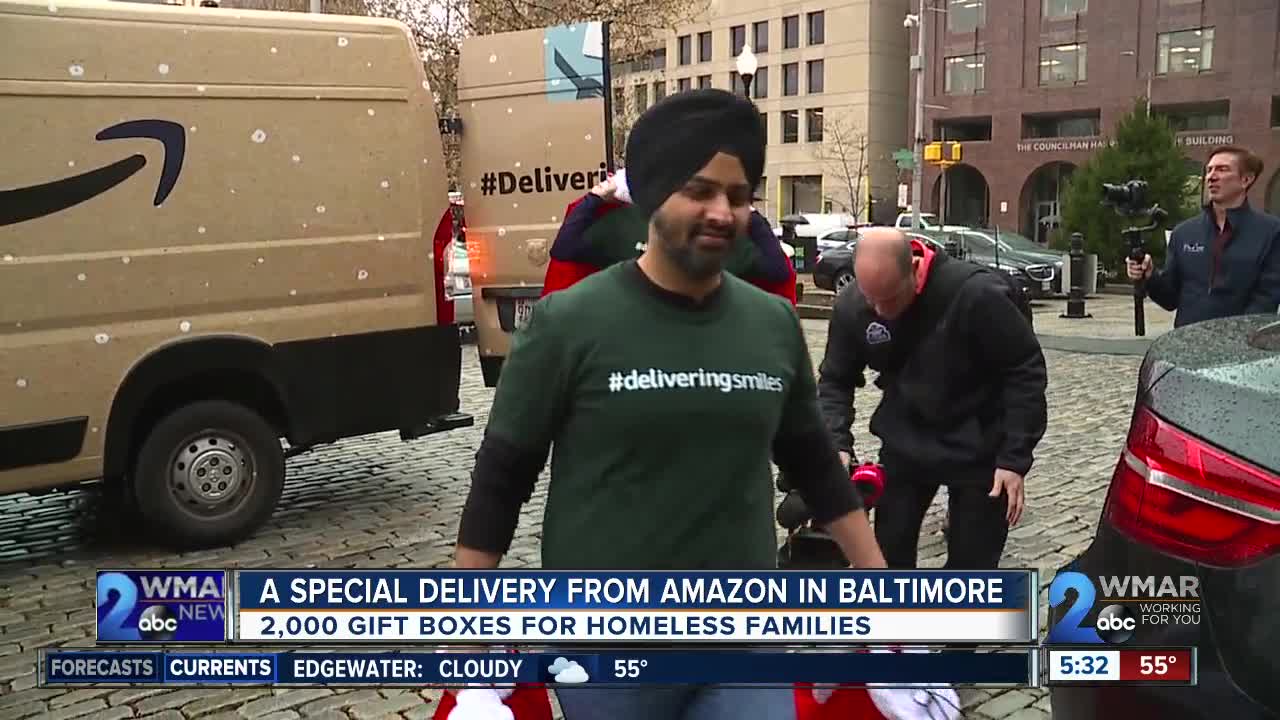 It is a common sight this time of year---Amazon delivering packages, but this time it's some of Baltimore's 4,000 employees of the company helping it deliver 2,000 so-called "boxes of smiles" to those who need them the most in the city. 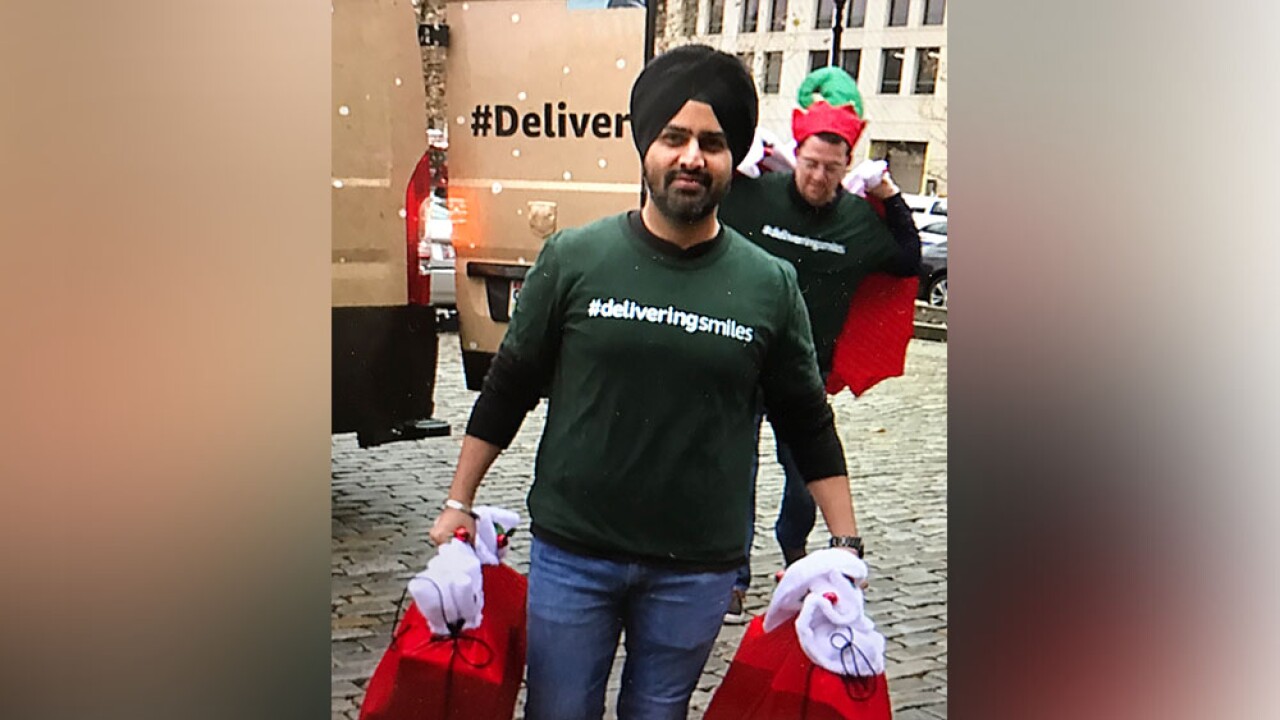 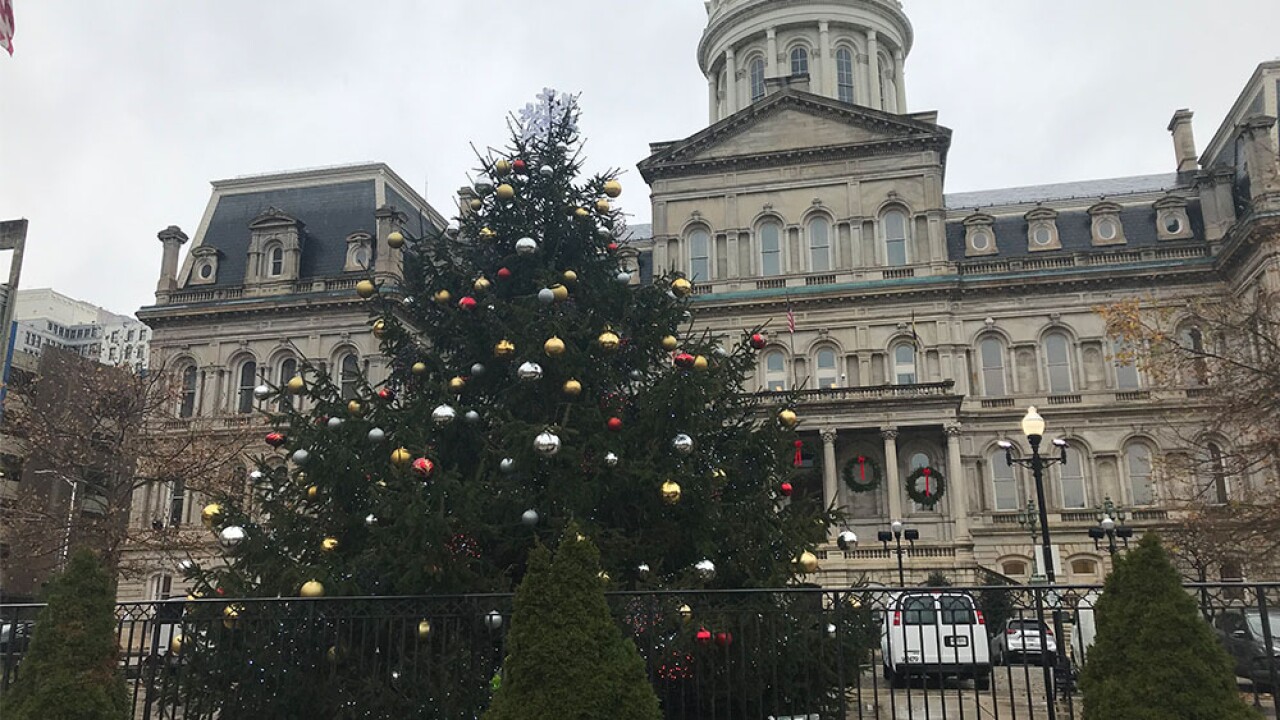 It is a common sight this time of year---Amazon delivering packages, but this time it's some of Baltimore's 4,000 employees of the company helping it deliver 2,000 so-called "boxes of smiles" to those who need them the most in the city.

"This includes toys, gifts, items of personal care and so and so forth," said Amazon Operations Director Preet Virdi as workers brought the gifts into the City Hall Rotunda.

The need for such essentials became evident earlier this year when the city attempted to put a number on its disenfranchised citizens.

"We have approximately 2500 men, women and children who were experiencing an episode of homelessness at that time," said City Homeless Services Director Jerrianne Anthony.

For those who have experienced life without a roof over their head, the boxes of smiles represent far more than a collection of gifts and essentials.

"Amazing. Amazon. The gifts. We need them. We need the Mayor's Office of Human Services, because without them, we have no hope," Sakina Ilyas told the crowd.

But once she stepped out of the spotlight of this staged event, Ilyas opened up about her own experience with her family's past homelessness.

"It was very, very stressful especially during the holidays. No family. Nowhere to go,” said Ilyas. “The problem here in Baltimore City is lack of housing. Lack of affordable housing. There are over 17,000 abandoned houses that are just sitting there."

In the meantime, just 10 days from now, on December 20, the Housing Authority of Baltimore City will no longer accept applications for public housing, citing a waiting list of 14,000 that averages seven years to deliver.

While the unexpected gifts, along with a check for $50,000 are appreciated, Ilyas is left pondering the obvious.

"More is needed, because when this is gone, the stage is set, the curtain is open, but what happens when it's over?"

The city did adopt a three-year action plan on homelessness earlier this year with the goal of combining action, results and concrete steps to address the problem.

This article was written by Jeff Hager for WMAR .