Amazon buys Ring to get into the home security business 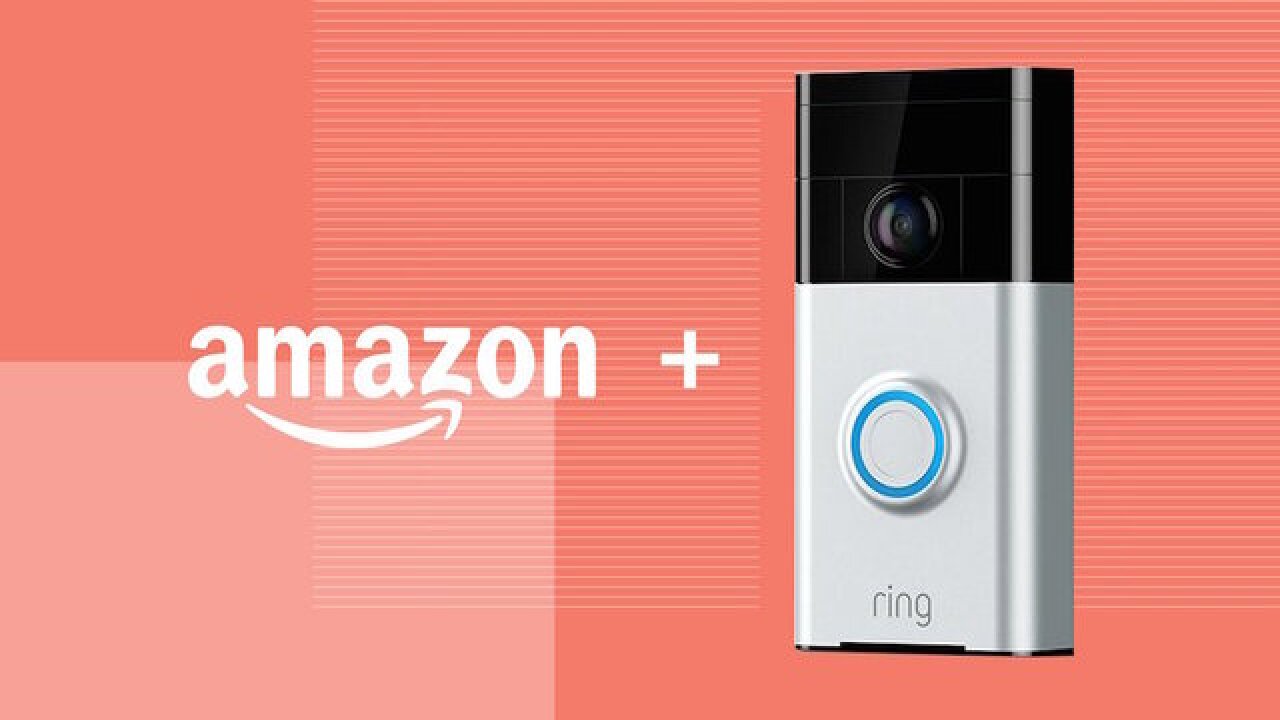 Amazon already owns your doorstep. Now it wants to secure the inside of your home.

The company is buying Ring, maker of security cameras and internet-connected doorbells. It pairs nicely with Amazon Key, a smart doorlock and security camera service that allows Amazon delivery people to drop packages inside of people's homes.

Amazon Key works in tandem with a security camera that records every in-home delivery. Ring offers similar services, recording live videos of customers' doorsteps and homes, then sending the videos to their smartphones.

Amazon has helped popularize smart home gadgets with its Echo products. Echoes allow customers to control thermostats, cameras, doorlocks, lights and other connected devices (among hundreds of other functions).

The company's Alexa voice assistant works with Ring gadgets. Amazon invested in Ring last year through its venture capital arm, the Alexa Fund. Amazon uses its Alexa fund to support businesses that develop apps for the Echo and Alexa.

Ring is one of the more recognized names in internet-connected home security. It advertises online and on television, hiring basketball legend Shaquille O'Neal as the company's spokesman. A year ago, the company said it raised $109 million in funding, valuing the company at about half a billion dollars.

The companies did not disclose the how much Amazon is paying, or other details of the deal.

"We'll be able to achieve even more by partnering with an inventive, customer-centric company like Amazon," said Ring in a statement. "We look forward to being a part of the Amazon team as we work toward our vision for safer neighborhoods."

An Amazon spokesman said it bought Ring to help customers keep their homes "safe and secure."