Alligator comes out to sunbathe in Tricentennial Park 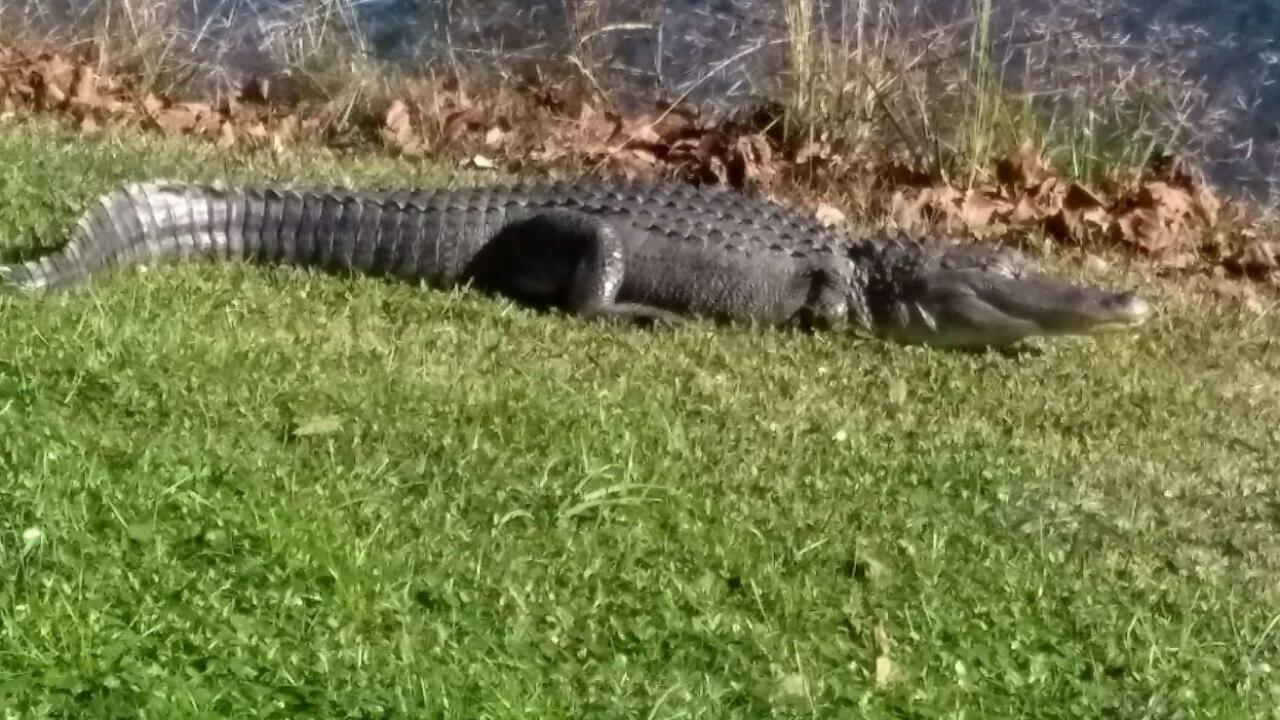 Alligator comes out to sunbathe in Tricentennial Park

Mobile, AL (WALA ) -- People walking through Tricentennial Park had a little visitor today. An alligator crawled from the water on to the banks of the lake.

Wildlife and Fisheries say the alligator was only sunbathing when it sort of spooked a few people.

Game Warden Pete Mitchum said alligators aren't fond of the cold weather and with the change in temperature today, they're desperate for a little warmth.

Reed was able to snap a picture of the alligator just before it went back into the lake.

"I just glanced at him and I was like dog, I ain't never seen one in person like that. I seen them on TV, but never in person," he said.

"He looked to be like he was about 5, 6 feet long. He was right there on the edge of the water," added Mitchum.

Reed says he rides his bike through Tricentennial Park quite often but he's never come up on a wild animal like this.

"I was riding my bike from over there and came up here and soon as I got up here, I seen it right there," he explained.

Mitchum, who's a Senior Conservation Enforcement Officer with the Alabama Department of Conservation, said 3 Mile Creek has lots of gators in it. Since it's right next to the park, he said it's no surprise the gator showed up in the lake.

"Some people walking by, they were a little concerned about the alligator, he was actually sunning himself on the bank. We've had some unusually warm weather so its got him moving around a little bit," Mitchum explained.

Wildlife officials say the alligator was just trying to get a little sun to warm up from the cold, it's something you might see quite often this season, Meanwhile, if you do see them, don't feed them.

"When people start throwing the chicken or the bread out there, they start associating people as a food source and they're naturally going to approach a person and that's when we run into the problems of them being nuisance, alligator and a threat to the public," Mitchum said.

He said this alligator in particular didn't show any aggression, but he did try to catch it and re-locate it back to Three Mile Creek. However, the gator never came back up.

"Once their body is regulated and they've had enough sunshine then they're going to go back into the water and continue being an alligator," he added.

If you do happen to see one out, Mitchum said to keep your distance and don't feed them.