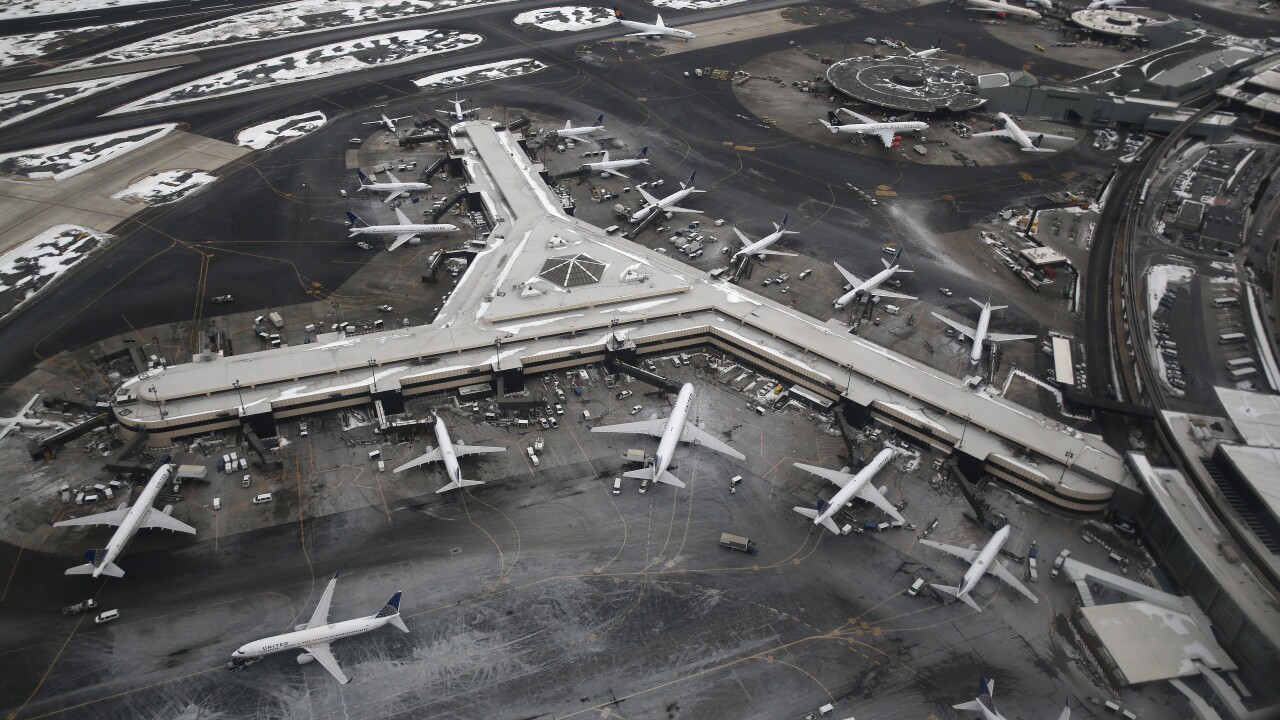 An Air Transat flight was forced to divert Saturday morning to Newark Liberty International Airport in New Jersey after reports of a possible fire in the cargo hold, according to the Federal Aviation Administration.

Passengers on board the Boeing 737 -- which flew out of Montreal and was bound for Fort Lauderdale, Florida -- evacuated onto the airport's runway via emergency slides, according to FAA spokeswoman Kathleen Bergen. Airport firefighters responded to the scene.

The incident prompted the Newark airport to shut down all runways briefly, according to its Twitter page, but flights resumed soon after .

Steve Coleman, a spokesman for the Port Authority of New York and New Jersey, told CNN that the pilot of the Air Transat flight requested an emergency landing at 8:20 a.m., saying there was smoke in the aircraft.

"The plane landed safely," Coleman said. Passengers "were evacuated on the runway via the chutes and bused to the terminal, where they will be housed until the airline can determine what it wants to do with them."

Two minor injuries were reported, he said, but they were unrelated to the smoke.

The incident is under investigation, Coleman added, and authorities are working to get the aircraft off the runway.

An Air Transat statement said, "Our 189 passengers' safety is our top priority and they were evacuated promptly upon landing."

The Canadian airline said it will send another plane to get passengers to their destination.