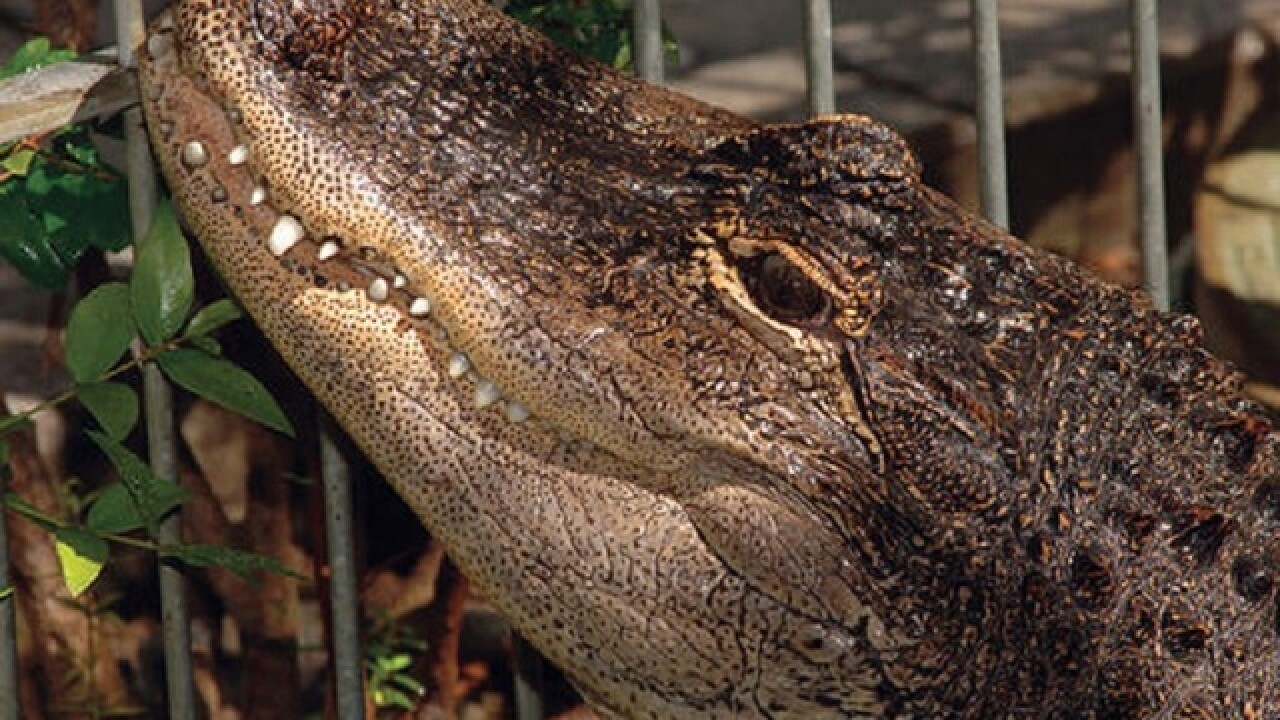 LOS ANGELES (AP) — The Pasadena Humane Society is saying: See you later, alligator.
After 18 years at the shelter north of Los Angeles, Tina the alligator was scheduled to be moved Wednesday from her private pool to the alligator enclosure at the Los Angeles Zoo.
The 7-foot-long, 100-pound gator will share space with a celebrity: Reggie the alligator.
Reggie was illegally raised as a pet and then dumped in Harbor City's Machado Lake in 2005. Reggie became the stuff of songs and T-shirts before he was captured two years later.
Tina, named after Tina Turner, is 28 years old and could have a long life ahead of her. An alligator named Methuselah was believed to be around 70 when he died at the zoo in 2010.
Tina and other wild animals came to the Pasadena Humane Society in 1998 after a traveling wildlife education program closed because of money and permitting problems.
The other animals eventually found homes, but it was hard to place Tina until the LA Zoo agreed to take her, said Ricky Whitman, the society's vice president of community relations.
The idea was to provide her with a more enriching experience, Whitman said.
"She's a wild animal, and it's always best if they have as good a habitat as possible and an urban kennel might not be that," Whitman said. "I don't know if she likes the barking dogs (here) or not."
Over the years, Tina got her own pool with a waterfall and space to sunbathe. She was a favorite with visiting schoolchildren.
"It's bittersweet for us, you know, to see her go after so long," Whitman said.
It's not clear whether Tina will want company, though.
"Alligators are known to be choosy about who they share their space with," said the zoo's April Spurlock.
Tina will be removed from her crate and slowly introduced to the habitat, a "Louisiana-inspired swamp" with a pool, waterfall and shade trees, Spurlock said.
Spurlock said Tina isn't considered a breeding partner for Reggie so the two will just be friends — hopefully.
"It's up to them," she said.
Copyright 2016 The Associated Press. All rights reserved. This material may not be published, broadcast, rewritten or redistributed.