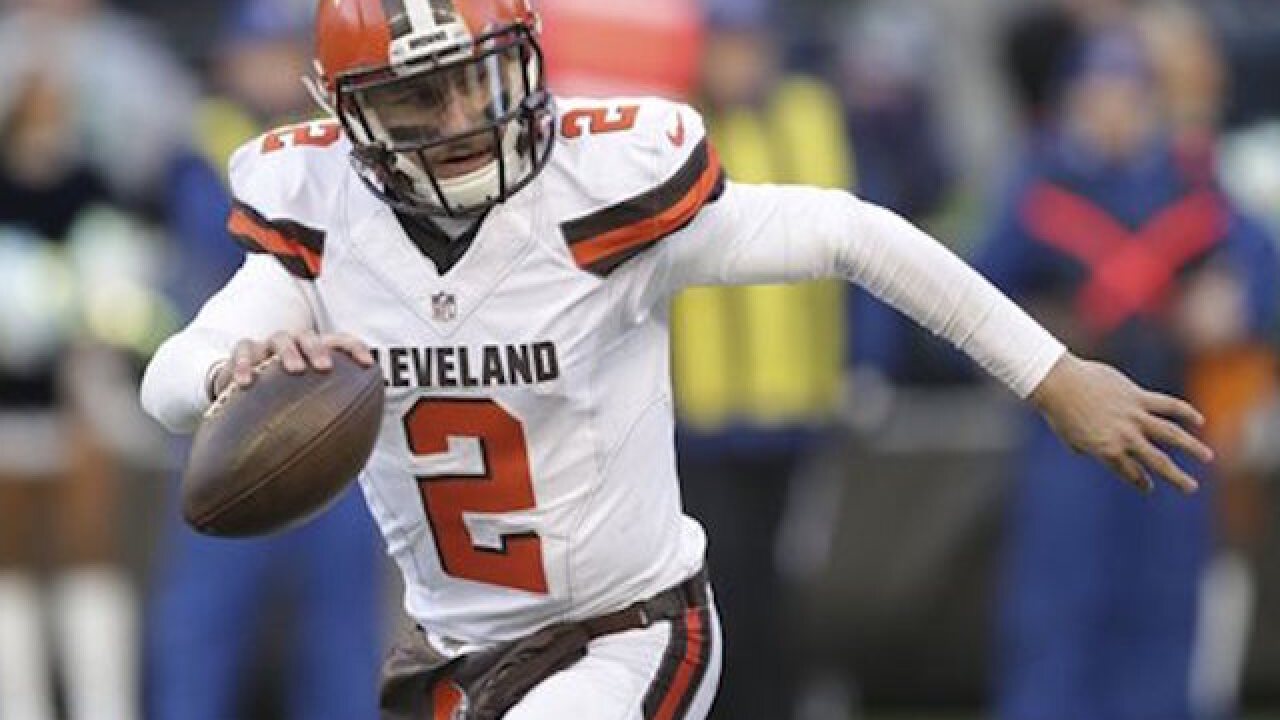 Scott Eklund
<p>FILE - In this Sunday, Dec. 20, 2015 file photo, Cleveland Browns quarterback Johnny Manziel looks to pass against the Seattle Seahawks in the second half of an NFL football game in Seattle. Johnny Manziel's ex-girlfriend told police the Cleveland Browns quarterback hit her during an argument last weekend in Texas and said he appeared to be on drugs. Fort Worth police released a report Thursday, Feb. 4, 2016 that provided the first details of the altercation Saturday night between Manziel and Colleen Crowley. (AP Photo/Scott Eklund, File)</p>

DALLAS (AP) — Johnny Manziel's ex-girlfriend says he hit her so hard during a late-night confrontation that's being investigated by police that she lost hearing in one ear.

An affidavit filed by Colleen Crowley was obtained by KXAS-TV.

Crowley won a protective order last week against Manziel, the Cleveland Browns quarterback who is being investigated on allegations of domestic violence.

In the affidavit, Crowley says she and Manziel had a confrontation in his hotel room at about 1:45 a.m. Jan. 30. Crowley accused Manziel of throwing her onto his bed, then forcing her into his car and beginning to drive away. She says she jumped out of his car, but he chased her down and hit her left ear, rupturing her eardrum.

Manziel's attorney did not return a phone message Monday.