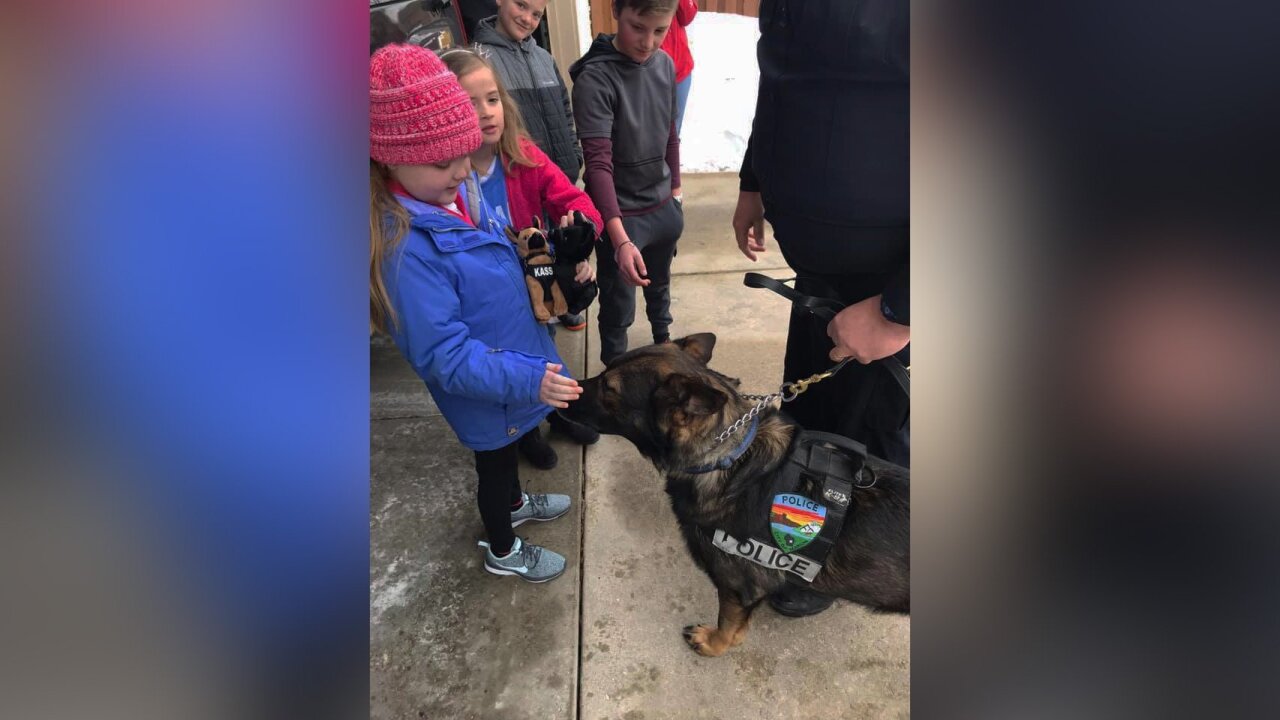 (CNN) -- Nearly 40 K-9 police units rolled into a Wisconsin suburb the other morning, but they weren't there to arrest anyone.

The dogs and their police officers showed up Saturday to visit Emma Mertens , a 7-year-old girl who has been diagnosed with a rare cancer called Diffuse Intrinsic Pontine Glioma (DIPG).

Emma is a huge fan of dogs, and people from all over the world have been sending her dog photos and messages to cheer her up. But nearly 40 local police departments decided to go one step further and bring dogs for Emma to see in person.

"It looked like a parade of police cars and it was all K-9 units coming down the road," said Geoff Mertens, Emma's dad.

Although Mertens was warned of the surprise beforehand, he was only expecting about 10 dogs to arrive.

To Emma's delight, the turnout was much greater.

"I've never seen her stop in her tracks like that and just be in awe of the dogs waiting in line to see her," Mertens said. "She couldn't wait to pet and learn the name of each one as they approached."

Some officers drove from three hours away just so Emma could meet their dog for a couple minutes. Mertens said he was thankful for everyone who planned and attended the surprise.

"It was just amazing to see so many people give their time to our daughter."

DIPG is a type of tumor found in the brain stem. Because of its location, doctors cannot operate on it. The disease primarily affects children, with most diagnoses occurring when kids are 5 to 7 years old.