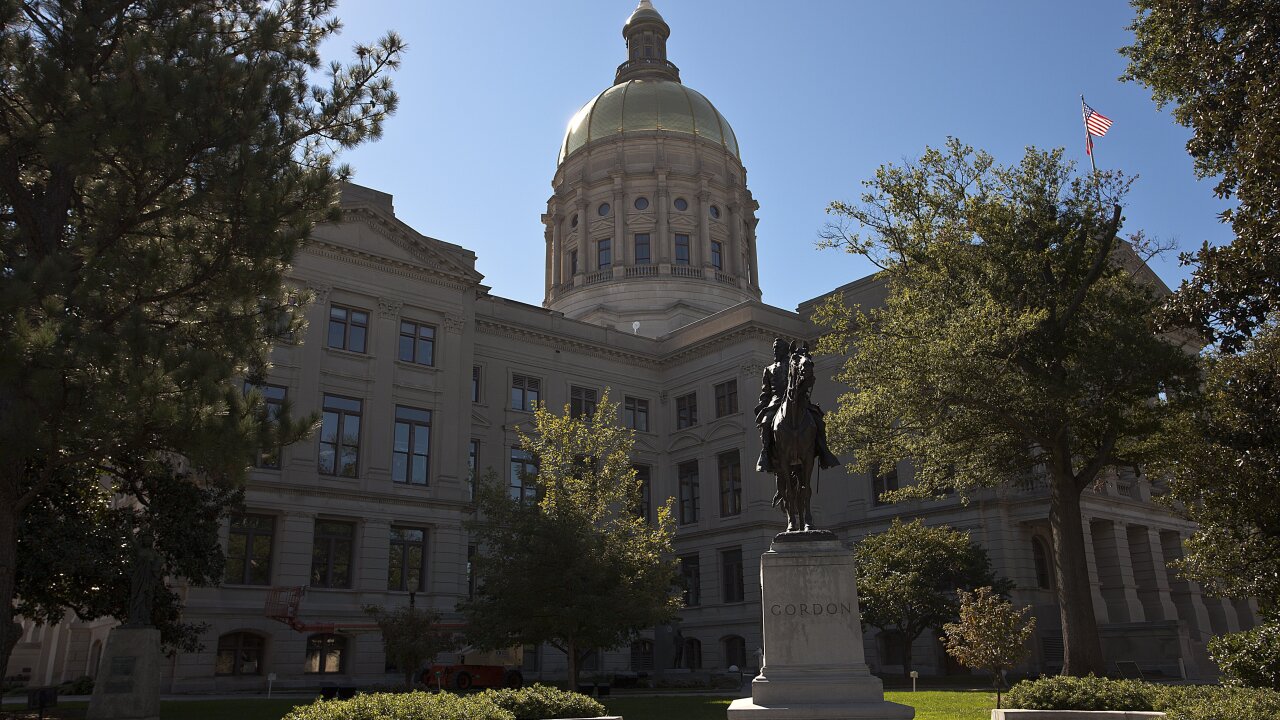 A Georgia lawmaker is proposing a law that would make it an "aggravated assault" for men to have sex without a condom, and would require men to obtain permission from their sexual partner before seeking a prescription for Viagra or similar erectile dysfunction drugs.

Democratic minority whip Dar'shun Kendrick announced her "testicular bill of rights" in a tweet on Monday, noting she'd instructed an aide to draft a bill.

Among her other proposals are requirements for DNA testing at the sixth week of pregnancy to determine paternity, as well as requirements for the father to make immediate child support payments. It would also ban vasectomy procedures in the state.

She highlighted the proposal during a radio interview on Georgia Public Broadcasting on Tuesday afternoon. "If the state of Georgia is going to be concerned with regulating women's reproductive rights, I think it's only fitting that we also do that for men's reproductive rights," she said, adding that her proposal "really is to draw attention to what I think is an absurdity."

Kendrick's idea comes after Georgia's House of Representatives passed a "heartbeat bill" on Thursday that would ban abortions after the sixth week of pregnancy. That bill now moves to the Republican-controlled State Senate, and has the support of Georgia Gov. Brian Kemp, who called the bill a "powerful moment" to "give all Georgians including the unborn a good chance to live, grow and prosper."

Kendrick acknowledged vasectomy requirements or waiting times to buy sex toys are a "tongue-in-cheek response," but argued her concern about HB 481 is serious, for reasons including an increase in the number of women who would subject themselves to unsafe abortions. She emphasized that her overall goal is to reduce abortions.

Currently, women in Georgia can receive abortions up to 20 weeks into a pregnancy.

HB 481's sponsor, Rep. Ed Setzler, called abortion a "barbaric procedure" and said under his proposal, women who become pregnant still have options, including taking a "morning after" pill or carrying a pregnancy to term and putting the baby up for adoption. His bill also makes exceptions in cases of rape or incest, but only after an official police report has been filed.

A number of states have introduced fetal heartbeat bills but the bills have gotten hung up in committee, received a veto, or been mired in the courts. Ohio passed stricter abortion measures, but its governor at the time, John Kasich, vetoed a provision banning abortions after a fetal heartbeat can be detected (Kasich is now a CNN contributor).

Iowa enacted a heartbeat bill but a federal judge struck it down in January.

Kendrick told Georgia Public Broadcasting she thought Georgia's bill was "definitely unconstitutional," and she felt her colleagues intended it as a "test case for the Supreme Court" that might lead to overturning the 1973 Roe v. Wade decision making abortion a legal right across the country.

Her bill doesn't have a chance, but she's making a point

Kendrick, who's now in her fifth House term, missed the Georgia General Assembly's deadline for filing legislation that can pass during the 2019-20 session. Last Thursday was "crossover day," the last day for legislation to pass either the House or Senate in order to be taken up by the other chamber this year.

And even if Kendrick had filed it on time, such a bill would have strong headwinds in the overwhelmingly conservative legislature.

But it's a gambit to help sound the alarm as HB 481 continues its progress in the Senate.

On Twitter, she called on citizens to attend the Senate's next hearing for the fetal heartbeat bill, scheduled for Thursday afternoon . "Pack. The. Room," she wrote.