A dog in North Carolina gave birth to a lime green puppy. His name is 'Hulk' 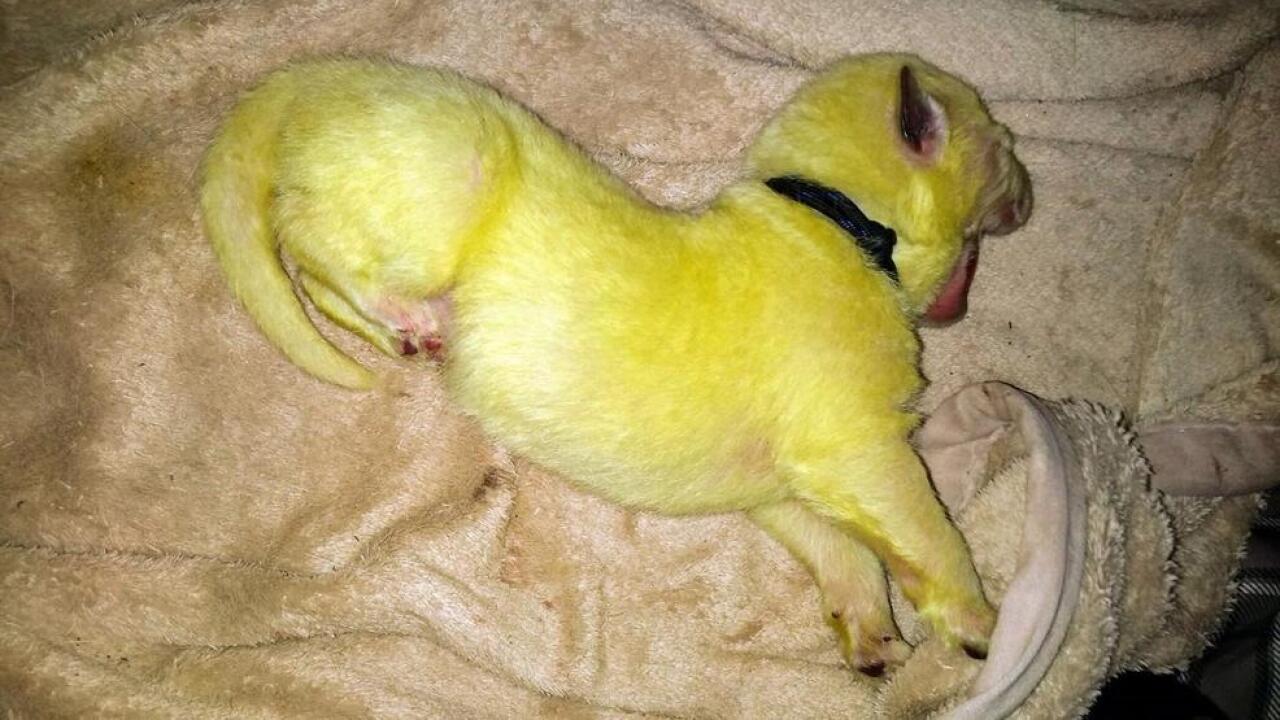 Shana Stamey and her family knew their white German Shepherd would be having puppies soon, WLOS reports. But the Canton, North Carolina family wasn't expecting one of the puppies to come out such an unusual hue.

"I started freaking out because it was green," Stamey told WLOS.

All eight puppies that the family's dog, Gypsy, gave birth to are happy and healthy. But the fourth one that came out, aptly named "Hulk," is a bright lime green color.

So how did little Hulk turn out that way?

This isn't the first time puppies have been born green. It's happened to fur babies in Colorado, Florida and Scotland.

But don't worry, Hulk won't stay this green color forever. His fur will eventually fade to his natural white color.

"Mom licks it away until I bathe it and then I guess after a couple of weeks it will finally like fade out," Stamey said.

The family plans to find loving homes for the puppies once they're old enough, WLOS reports. But they feel very lucky to have Hulk.