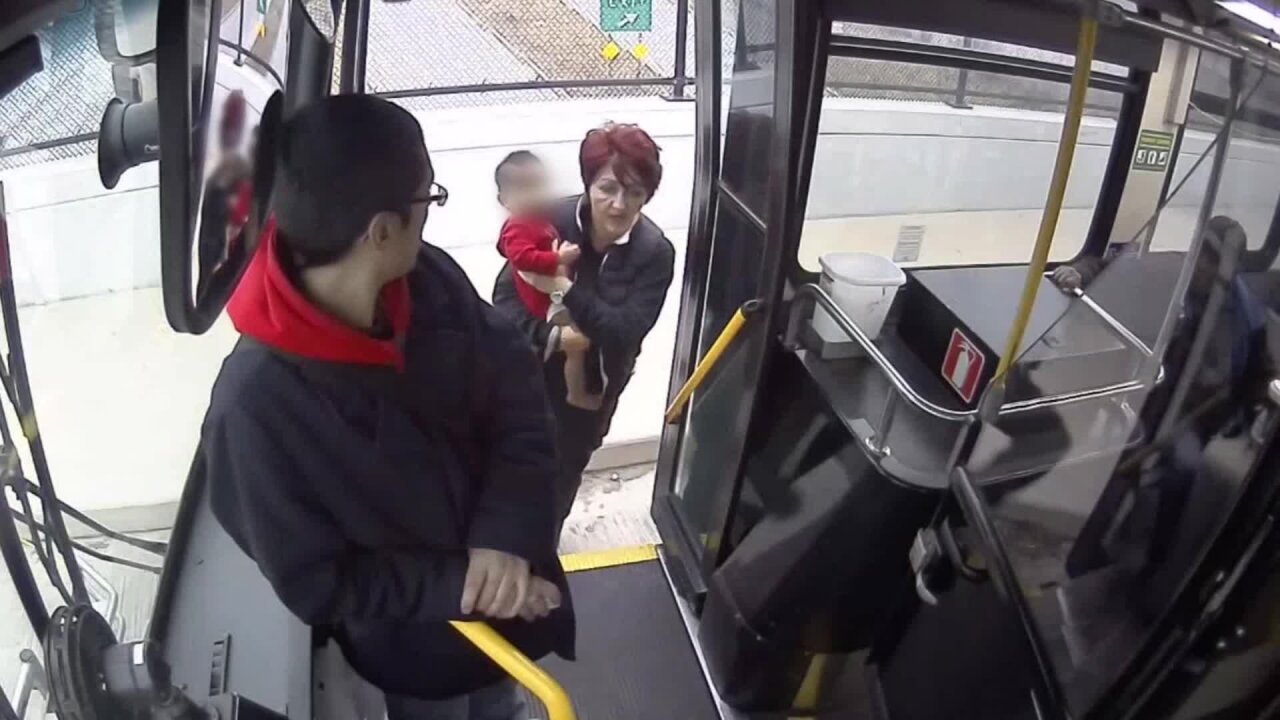 (CNN) -- A Milwaukee bus driver went above the call of duty when she stopped to save an unlikely would-be passenger: a toddler.

Irena Ivic was driving on a freeway overpass when she spotted a barefoot toddler, Milwaukee County Transit System spokesman Matt Sliker said. The child, wearing a red onesie and a diaper, was quickly walking to an intersection.

"I'm just grateful I was in the right place at the right time," Ivic said at a commendation ceremony held in her honor on Thursday.

Ivic stopped the bus and ran out to scoop up the toddler, as seen in a video released by the transit system. She carried the child to the bus, where passengers gathered in disbelief.

"Oh my God. Oh my God. I am shaking," Ivic said in the video as she sat down in the driver's seat with the toddler.

A passenger on the bus took off her winter coat and draped it around the little girl, who was cold to the touch. The temperatures were freezing that day, on December 22, according to the transit system.

Ivic sat talking to the coat-swaddled child, stroking her hair. The little one soon fell asleep in her arms, as seen in the video.

The 19-month-old had been cold and scared but was otherwise unharmed, police said.

The child went missing after officials believe her mother had a mental health crisis, the transit system statement said. "Authorities eventually reunited the baby with its father," Sliker said.

This is the ninth time a lost or missing child has been found by a Milwaukee County Transit System driver in recent years, according to the statement.

"I absolutely love kids. I used to be a teacher and I have children of my own, so I'm so happy I was able to help this sweet, innocent baby," Ivic said.