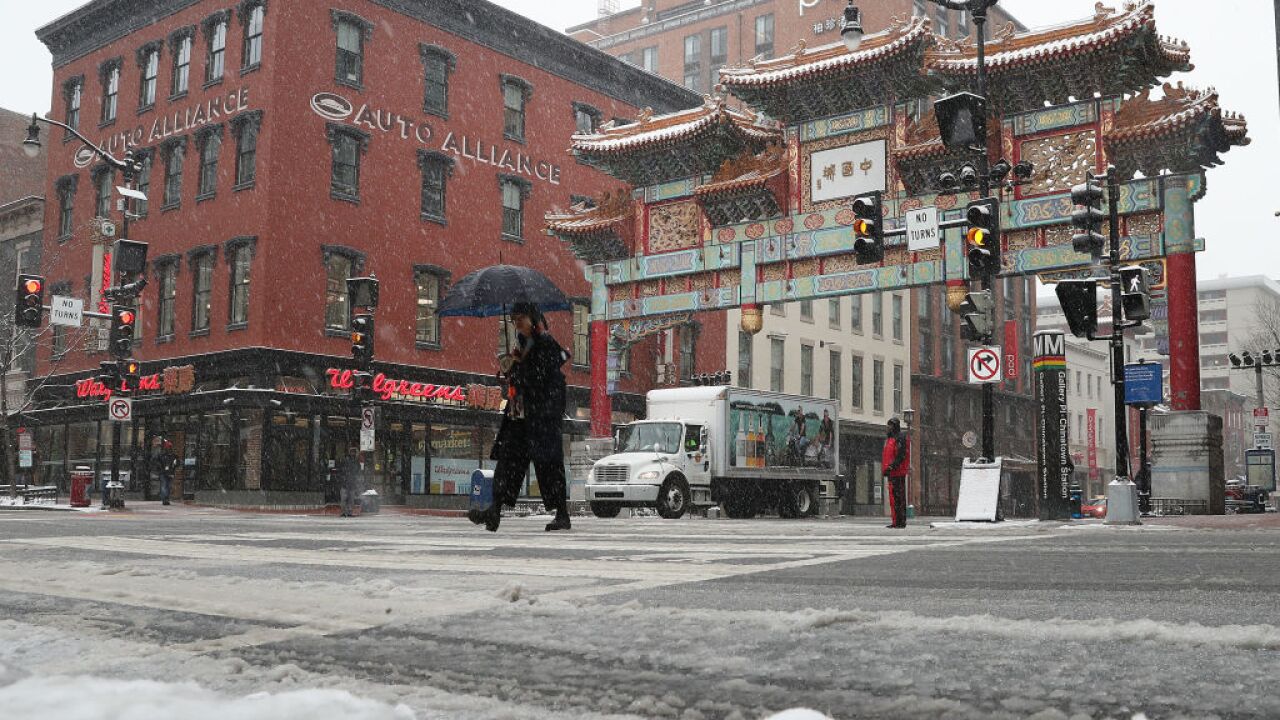 A quick burst of snow will blanket parts of the United States on Sunday, with more than 80 million people under winter weather alerts from Colorado to Maine.

The storm began developing Saturday and brought snow to the Central Plains, and is expected to bring rain, snow or a wintery mix to much of the eastern United States.

Snow had already started falling in the Midwest by early morning Sunday. It will move into the Ohio River Valley by midday then to the East in the afternoon and the overnight hours, CNN meteorologist Haley Brink said.

New York, Philadelphia, and Boston will get rain Sunday afternoon and transition to a wintry mix of snow by evening. New York will get between 4-8 inches while Boston is expecting 5-10. Philadelphia will get 2-4 inches.

"The system is currently forecast to move out of DC, Philadelphia and New York between midnight and 4 a.m.," Brink said. "Boston may have the worst commute as their snow will last through the morning rush hour."

By Monday afternoon, the storm will move out of the Northeast, Brink said.

Kansas and Missouri are expecting 2 to 4 inches of snow, and the Ohio River Valley is predicted to get up to 2 inches, according to Brink.

This season has seen unusually high amounts of snowfall in many regions. Caribou, Maine was just shy of its record snowfall from the winter season 2007-2008 as of Saturday. Other areas already exceeding normal snow accumulations include Buffalo, NY, and Burlington, Vermont.

Severe weather in the South

Across the Southeast, 14 million people are expected to see severe weather, Brink said.

NWS predicts scattered tornadoes and gusts of wind in most of Central Georgia and parts of North Georgia on Sunday.