8 warm places to go for Christmas around the world 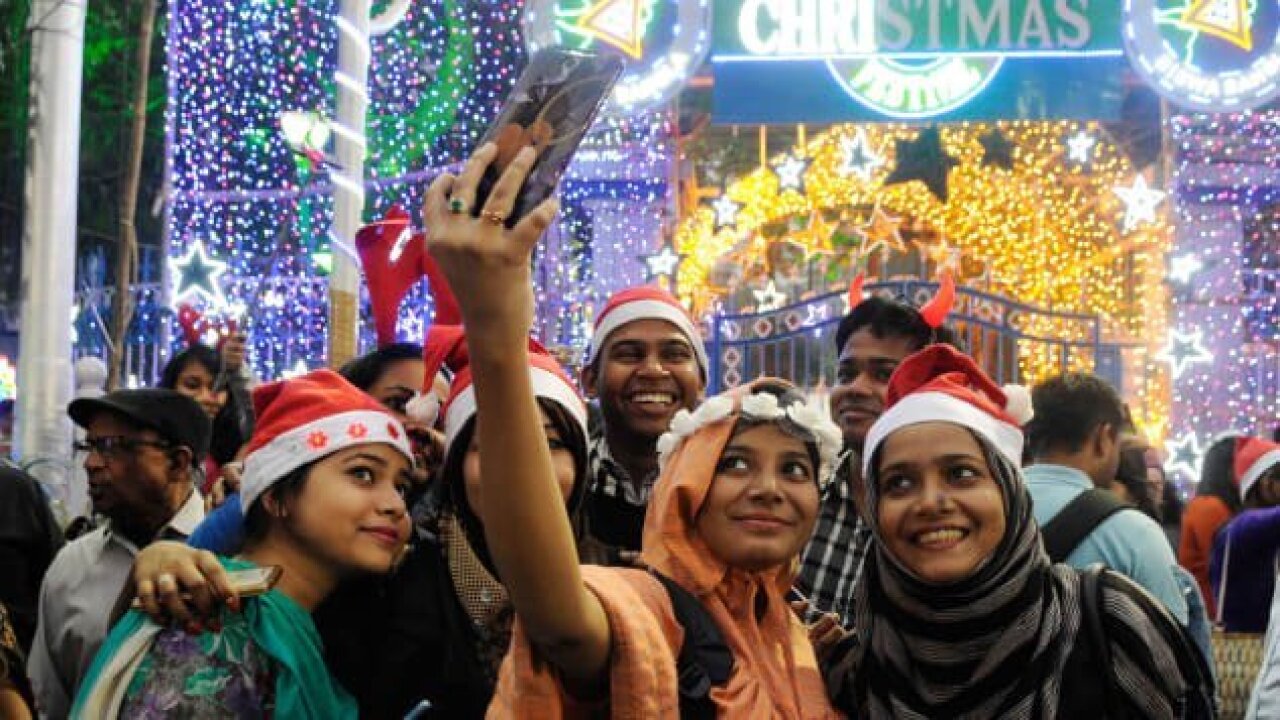 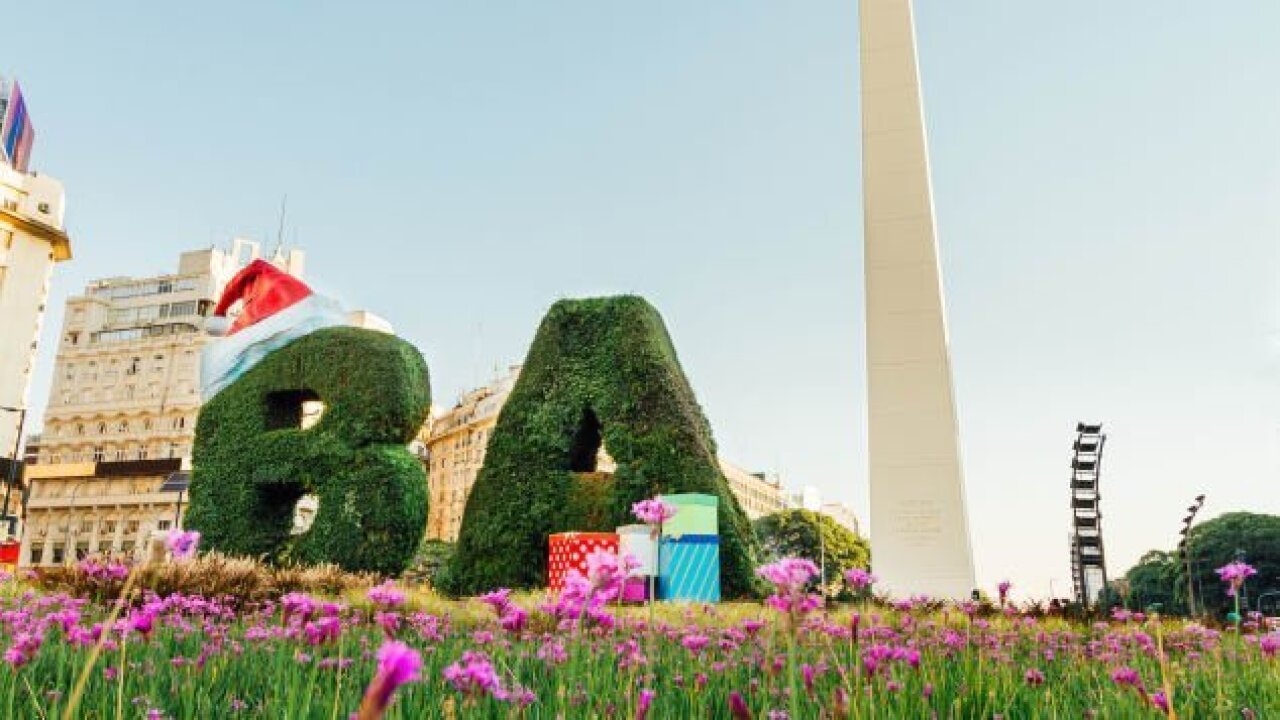 And the great thing about this? You don't have to compromise on any of these desires!

On this big ol' planet of ours, you can enjoy the merry holiday, indulge your wanderlust and avoid cold, wintry weather all at the same time.

We've studied the globe and found eight places that are big on Christmas celebrations but regularly deliver temperatures in the spring to summer range in December.

So leave that heavy coat behind, pack a stocking (maybe even a bathing suit) and enjoy yourself in:

This charming city in Central America checks off a lot of boxes: stunning setting (with a volcano as a backdrop no less), gorgeous Spanish architecture and spring-like weather all year. You may want to bring a light jacket for night, but it's the dry season here, so it's not likely that you'll need an umbrella.

Lily García, a Spanish teacher at Antigueña Spanish Academy, told CNN Travel about a few highlights of the season, including the beloved posadas -- processionals that represent the journey of Joseph and Mary.

"This is a small procession that is accompanied by many people from December 15 to 24 every night," she said. "They go down the street singing Christmas songs. When they arrive at the house where they are symbolically given shelter, the people from the procession pray and finally all share typical dishes and drinks that are only common at this time of the year.

"There is no special invitation -- anyone can join."

Then there's the December 24 dance at La Merced Church. This "is a traditional dance called Los Cabezones (the headed ones). This name comes from the size of the masks -- a really large head. They dance accompanied with marimba music through the streets of Antigua and they return to the church late at night."

You'll find this independent island, a former British holding, transitioning from wet season to dry season during December. While some rain may fall during your stay, you're pretty well promised a warm Yuletide -- no roaring fireplace needed.

Businesses and homes love to decorate for Christmas here.

Buenos Aires is a city of four seasons, but because of its Southern Hemisphere location, Christmas is the beginning of summer here. That may bring some rain, but the city doesn't typically see huge downpours.

The capital of Argentina may be just your cup of tea if you like a more low-key Christmas experience than what you find in Europe and North America. But it's not totally quiet.

Daniel Beauregard of LandingPadBA.com writes you can expect a fireworks display on Christmas Eve and that many of city's most famous tango shows remain open.

December brings blessed relief to Kolkata -- it's typically the driest month and in a tie with January for the coolest. But what may be "winter weather" to a Kolkata native will feel pleasingly temperate to a visitor from truly cold climes.

While Hindus make up the majority and Muslims make up the largest minority, the 40,000 or so Christians in Kolkata put on a robust celebration for Christmas that everyone can enjoy.

A highlight of the holiday season is the annual Kolkata Christmas Festival, situated on the major thoroughfare of Park Street. During the festival, you'll find food stalls (delicious Bengali cuisine!), musical performances and a children's pageant.

Kolkata can offer the best of both worlds in one place -- a chance to celebrate Christmas and a chance to experience other religions and cultures.

Colombia lies firmly in the tropics, but Medellin, situated at an elevation of about 1,475 meters (4,840 feet), is high enough to enjoy springlike temperatures all year.

Once notorious for drug violence, this city of around 2 million people is now becoming known more for its flowers and during the holiday, its amazing Christmas lights.

Medellin is a serious contender for best Christmas lights in the world, and you can find out more about where to see the Alumbrados Navideños at Medillinliving.com.

Your odds of a warm Christmas on the continental United States can swing wildly, but the lovely Gulf Coast city of Naples in Southwest Florida will be one of your best bets. There's a good chance you could mark the holiday in pair of shorts (at least during the day). Better yet -- South Florida is in its dry season by December.

Paradisecoast.com rounds up some of the best holiday events.

That includes the annual boat parade (Saturday, December 21), when a festive flotilla displays all sorts of imaginative and fun lights.

This Asian hot spot barely edges out Barbados as the warmest destination on average in our roundup. And what can you expect besides a wonderful balmy feeling in this city north of Manila?

In a word: Lanterns. Giant, colorful, mesmerizing Christmas lanterns that symbolize the Star of Bethlehem.

The Giant Lantern Festival, which goes back more than 80 years, has earned San Fernando the title of "Christmas Capital of the Philippines." It started as a smaller celebration by locals for locals, but it's gotten increasingly bigger and garnered more travel interest in recent years.

And this part of the Philippines is usually exiting its rainy season by December, so there's a good chance rain won't dampen the festivities.

We go from the warmest location on average in the roundup to the coolest with Seville. But for people who want to spend a memorable Christmas on continental Europe without freezing, this is one of your best options.

You might find night lows down to 7 degrees C (45 F), but this is nothing a sweater or light coat can't handle.

If you need more convincing, the Telegraph newspaper in the United Kingdom proclaimed Seville as the best winter city in Europe.

You might be particularly impressed by Seville's Belen displays, sumptuous nativity scenes with long queues (for good reason). And attending a service or taking a tour at the stunning Seville Cathedral would be a highlight of any Christmas trip.