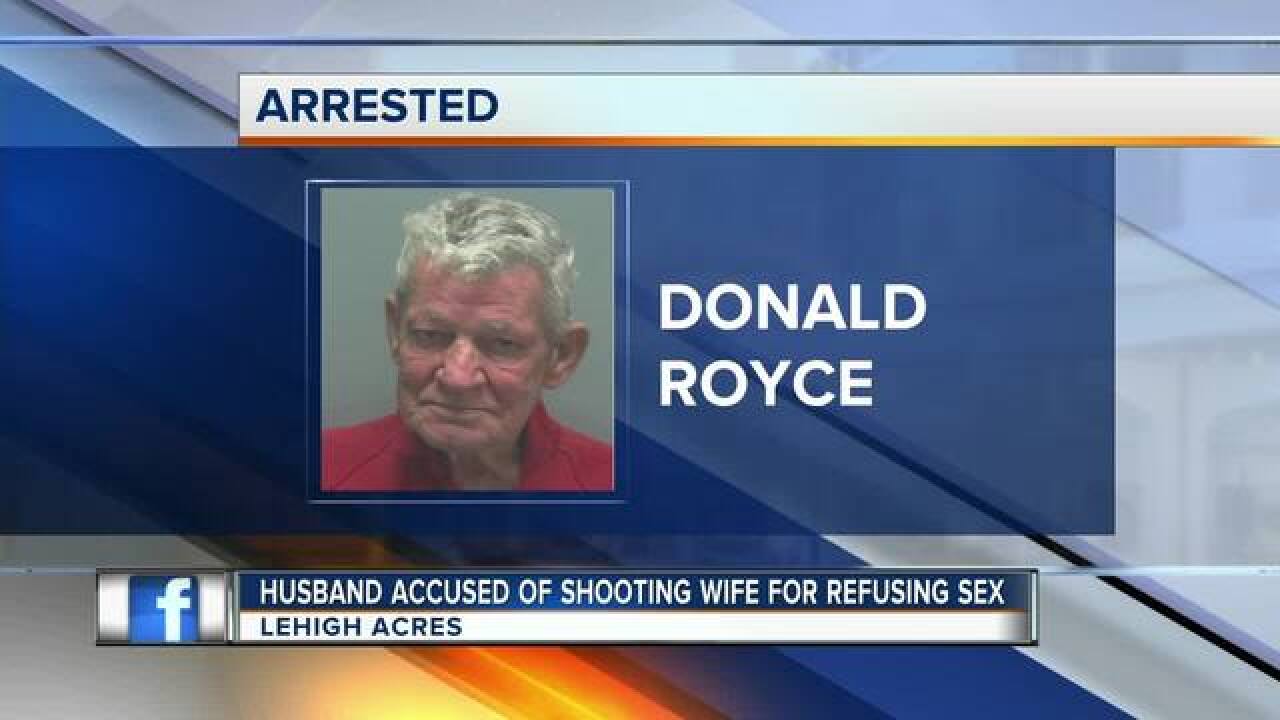 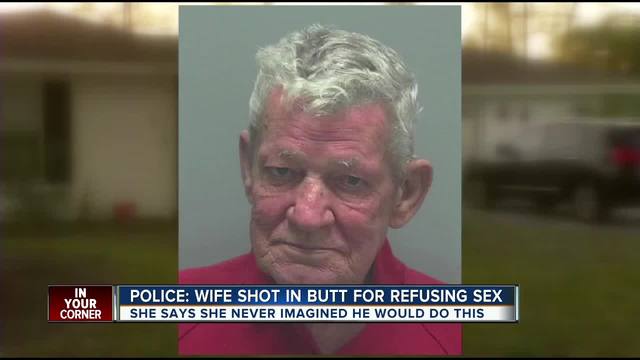 Deputies say a 76-year-old new groom told them he shot his new bride in the buttocks, and the bride told Four in Your Corner the situation is a "nightmare."

According to a Lee County Sheriff's Office report, Donald Royce admitted to deputies he shot his wife following an argument over the couple’s sleeping arrangements.  He says they’ve been married since August but have yet to consummate their marriage.

The couple’s roommate says she heard two gun shots, and when she went to see what happened, Royce pointed the gun at her.

She says she convinced him to let her call to get his wife medical help.

Royce told arriving deputies “I shot her and the gun is in my room.”  He later told deputies that he never intended to shoot his wife.  He just wanted to scare her by shooting the mattress, and became upset when he realized the gunfire struck her.

His 62-year-old wife was trauma alerted to Lee Memorial Hospital with gunshot wounds to the buttocks and hip.

Royce has been charged with Aggravated Battery.

Four in Your Corner spoke with Royce's wife Tuesday night. She was recovering at home from the two gunshot wounds, and described the situation as a nightmare.

She said she and Royce were together for six years before they decided to get married, and she never thought he was capable of doing something like this.

The main message Royce's wife wants people to take away from her story is that violence toward a woman is never okay.  A woman should have a right to her own body, regardless of age or marriage status," Bailey said.