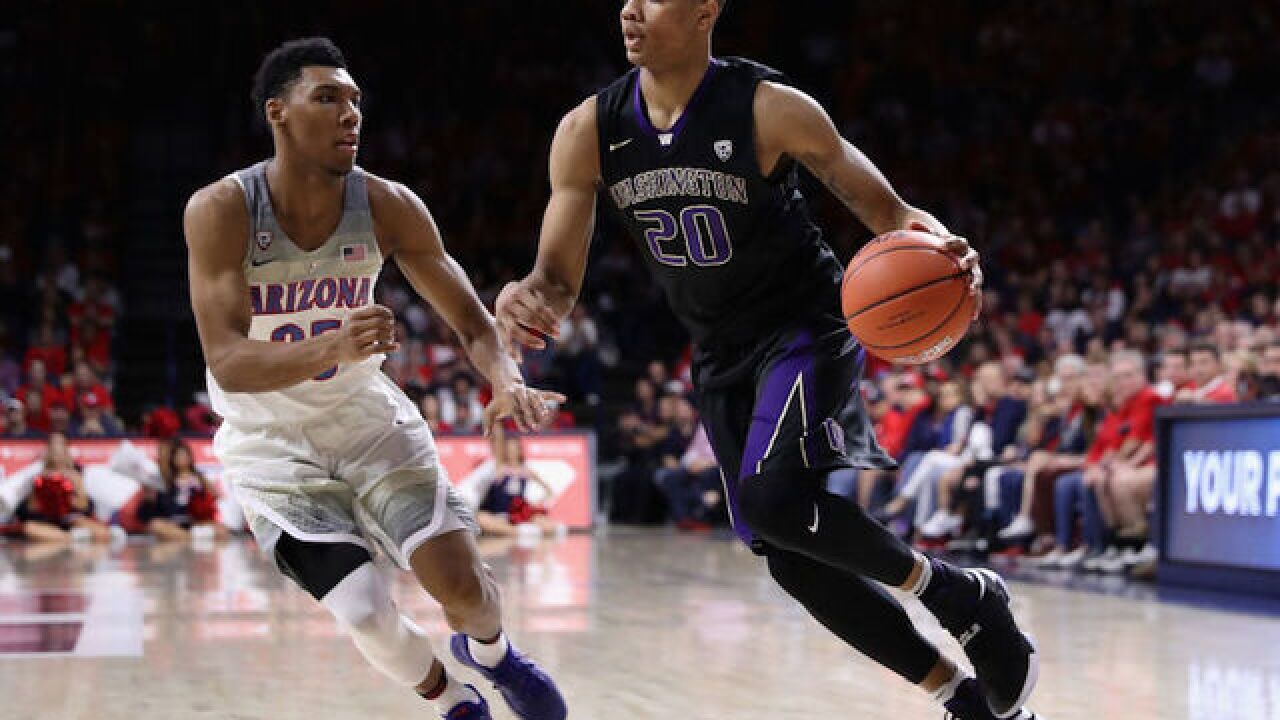 Copyright Getty Images
Christian Petersen
<p>TUCSON, AZ - JANUARY 29: Markelle Fultz #20 of the Washington Huskies drives the ball past Allonzo Trier #35 of the Arizona Wildcats during the second half of the college basketball game at McKale Center on January 29, 2017 in Tucson, Arizona. The Wildcats defeated the Huskies 77-66. (Photo by Christian Petersen/Getty Images)</p>

Coming off a 28-54 season, the Philadelphia 76ers selected the University of Washington's Markelle Fultz as the first selection in the 2017 NBA Draft on Thursday.

Philadelphia garnered the top draft selection in a trade with Boston.

Fultz, who spent one year with the Huskies before declaring for the Draft, was a highly-touted point guard from Upper Marlboro, Maryland.

Fultz was a bit of a late bloomer, failing to make his high school's varsity team his freshman and sophomore years. He grew from 5-foot-9 to 6-foot-4 in high school, and became one of the nation's top high school seniors in 2016.

Fultz earned a spot in the McDonald's All-American game in 2016.

Fultz is one of dozens of freshmen college players to be selected in Thursday's Draft. The NBA requires that players wait a year after high school to be drafted.