70 million are in the path of 'bomb cyclone' set to strike the central US, bringing snow, hail and rain 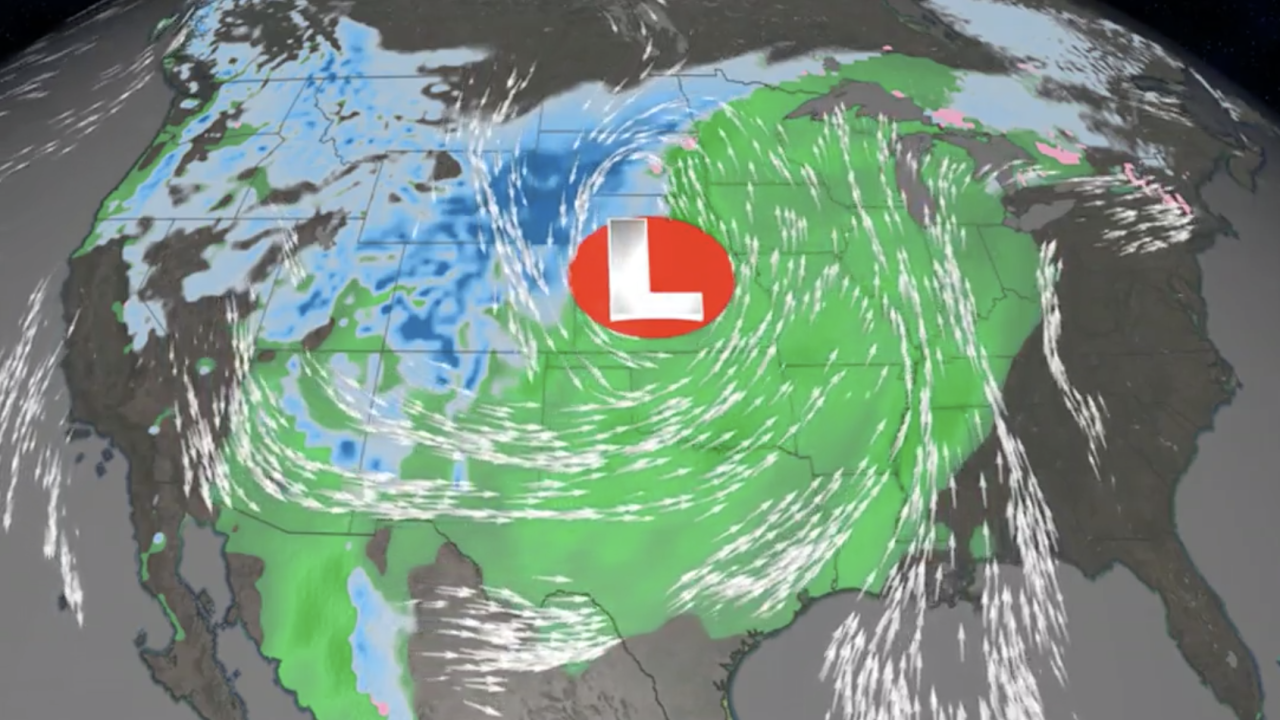 (CNN) -- An intense and ferocious winter storm -- a "bomb cyclone" -- is expected to bring hurricane-force wind gusts, blizzard conditions and a flood threat across a swath of the US heartland Wednesday.

A bomb cyclone occurs when there is a rapid pressure drop, falling at least 24 millibars (which measures atmospheric pressure) over 24 hours known as bombogenesis .

The massive storm is expected to wallop areas including the Rockies, Central/Northern Plains to the Upper Midwest with blizzard conditions and winds that could blow from 50 to 70 miles per hour. Other hazards include heavy snow and severe storms with possible tornadoes and flooding.

Blizzard and winter storm warnings are in effect for portions of Colorado, Wyoming, Nebraska and South Dakota. Heavy snow is expected in portions of the Rockies and northern Plains, including Denver into Thursday.

Travel will be dangerous, if not impossible, at times, across the front range where the blizzard warning has been issued. Severe storms capable of producing damaging winds, hail, and tornadoes is forecast from the southern Plains and into the Mississippi River Valley. More than 45 people million are under a high wind threat; more than 10 million are under winter storm threats; and more than 15 million are under a flood threat

It warned of icy roads, whiteout conditions and strong winds.

"The heavy snow and visibility near zero will create extremely dangerous travel conditions, and power outages are also possible," according to the National Weather Service.

More than 1,000 flights have been canceled Wednesday, according to FlightAware. The majority of those cancellations are at Denver International Airport (DIA), where a blizzard warning is in effect. Southwest, Frontier and United have canceled flights and more cancellations and delays are possible, DIA said.

Multiple Colorado school districts, including the Denver Public Schools are closed Wednesday "due to severe weather and road conditions," the district announced Tuesday.

All school-related events and activities that were scheduled for Wednesday are also canceled. Denver is under a blizzard warning, and snow accumulations of five to eight inches are expected.

Thunderstorms across portions of the southern Plains will make way on Wednesday for sustained winds of 35 to 45 mph, akin to the strength of a low-end tropical storm. NWS has issued high wind watches for more than 8 million people.

Wind gusts of 50 to 70 mph are expected Wednesday afternoon through Thursday morning across Colorado, New Mexico, Texas and Oklahoma, CNN meteorologist Monica Garrett said. Some areas could see gusts as strong as 100 mph, which is equivalent to the wind speed of a Category 2 hurricane.

The storm is forecast to rapidly intensify overnight Wednesday east of the Colorado Rockies and trek slowly northeast through Thursday, delivering a variety of extreme weather from New Mexico to the Midwest. Snow is expected to taper off by midday Thursday, but strong winds may persist through the evening.

In addition, flood watches have been issued across the Midwest and Great Plains amid concerns that heavy rains will melt snowpack and trigger significant flooding. Flash flooding is possible if ice jams clog rivers and streams, the weather service noted.