3 roofers set hammers aside to stand for National Anthem 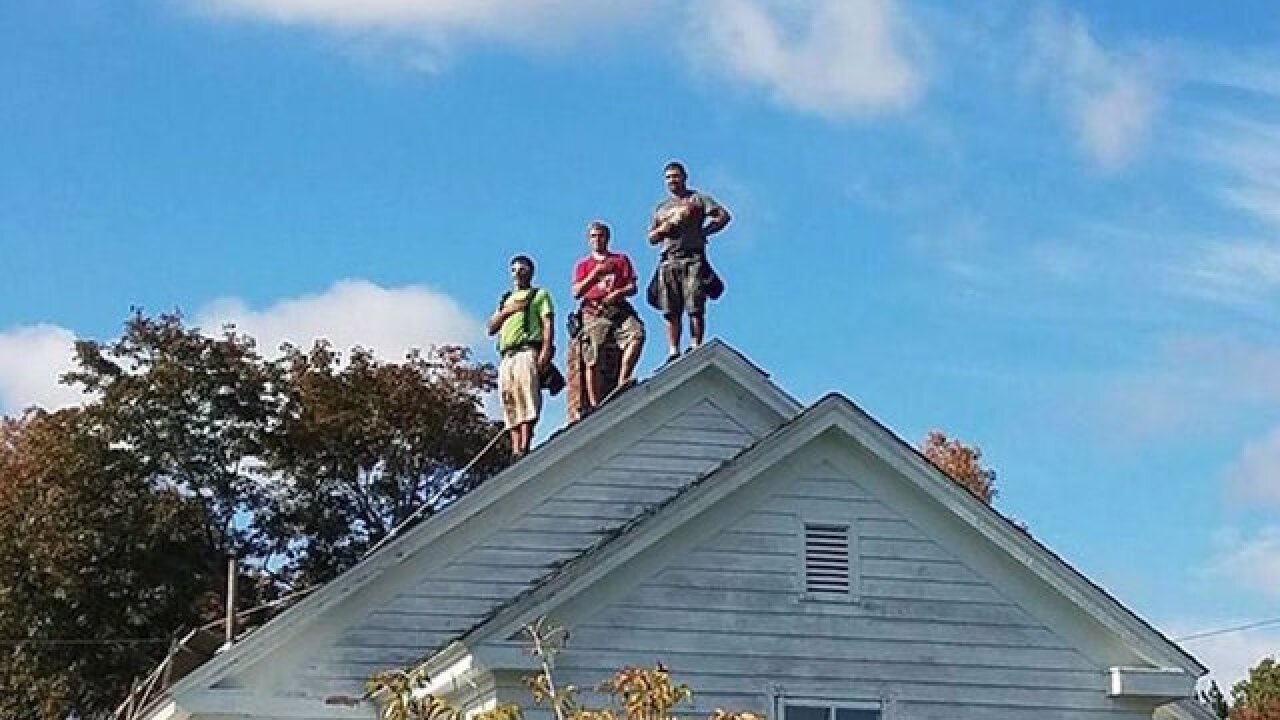 As the Waterville, Maine, High School football players took the field on Saturday and everyone in the stands rose for the National Anthem, a buzz went through the crowd.

"Hey, look. They're not kneeling."

Michelle Lyons Cossar turned around and spotted three men atop a roof adjacent to the field standing with their hands on their chest.

"When I looked over the fence, I saw them standing and respecting the flag even though they didn't have to," she said.

Cossar, who was at the game to cheer on her nephew, snapped a quick photo and posted it to Facebook.

"I just thought the world could use a little more of that right now."

Amid the continued National Anthem protests involving the NFL, the three men, Dwayne Harrison, Danny Thyng and James Scraggs, stopped working on the home's roof to join the football players and fans in standing for the pregame ritual.

"We were raised to respect and honor our country," said Harrison, the man standing on the roof's peak in the photo. "Instead of making lots of noise during the National Anthem, we all reacted together and stood."

The men, working on their day off, were four hours in on an independent job when the game began.

"They had no idea anyone even noticed, but our community did," Shanon Gurski Dixon told CNN affiliate WMTW.

"All I did was snap the picture. They did the amazing thing of standing," said Cossar.