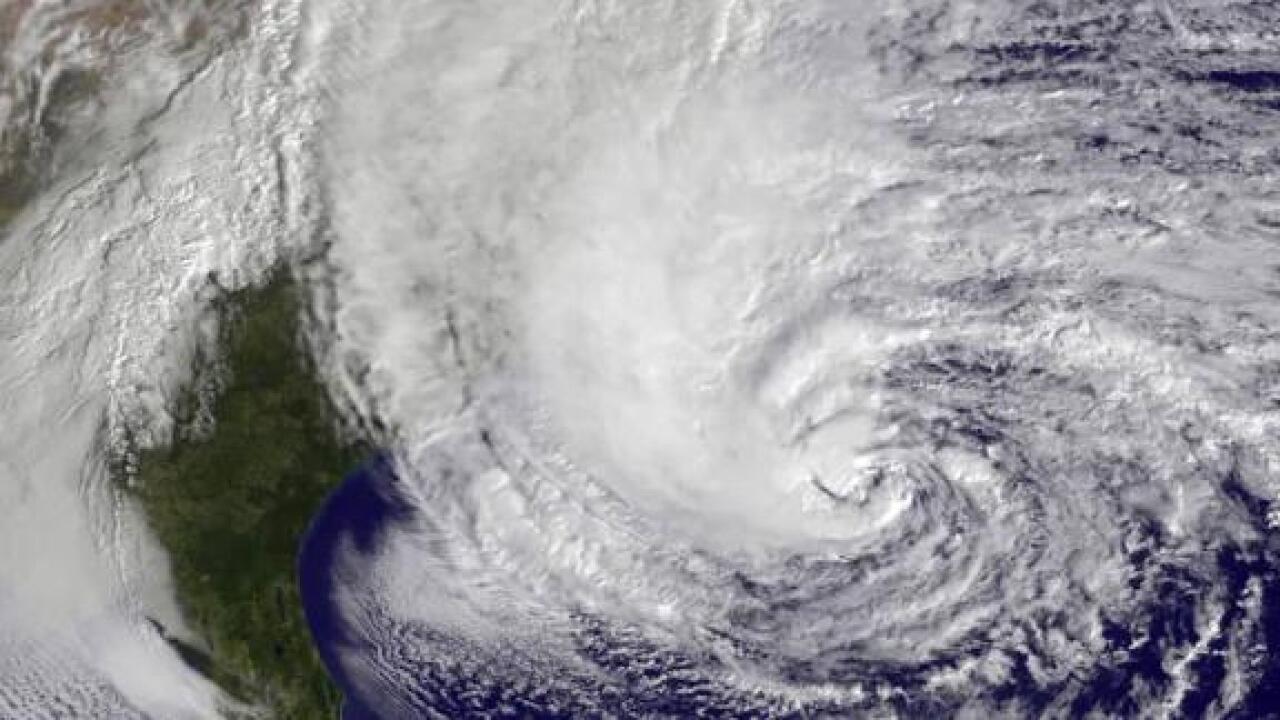 The 2019 Atlantic hurricane season runs from June 1 to November 30. The areas covered include the Atlantic Ocean, Gulf of Mexico and the Caribbean Sea.

The National Weather Service defines a hurricane as a "tropical cyclone with maximum sustained winds of 74 mph (64 knots) or higher."

Hurricanes are rated according to intensity of sustained winds on the Saffir-Simpson Hurricane Wind Scale. The 1-5 scale estimates potential property damage.

A Category 3 or higher is considered a major hurricane.

Hurricane names are pulled from six rotating lists maintained and updated by the World Meteorological Organization. Storm names are retired only when those storms are particularly deadly or costly.

May 23, 2019 - The National Oceanic and Atmospheric Administration (NOAA) predicts a near-normal 2019 hurricane season.

July 11, 2019 - The National Hurricane Center names a disturbance in the Gulf of Mexico. Barry soon strengthens into a tropical storm, with maximum sustained winds of 50 mph. A hurricane warning is issued for the coast of Louisiana from Intracoastal City to Grand Isle. A tropical storm warning is issued for the New Orleans area, with a storm surge warning from Intracoastal City to Biloxi.
July 13, 2019 - Barry strengthens into a Category 1 hurricane as it approaches the Louisiana coast. Maximum sustained winds are near 75 mph during the morning. After making landfall near Intracoastal City during the afternoon, Barry weakens into a tropical storm with 70 mph winds.

September 3, 2019 - A tropical depression strengthens into Tropical Storm Fernand off the coast of Mexico.
September 4, 2019 - Fernand makes landfall north of La Pesca in Mexico. The storm dissipates over the rugged terrain of Mexico.

September 17, 2019 - Tropical Storm Imelda forms near the Texas coast and makes landfall near Freeport, Texas. The storm weakens into a tropical depression but could produce up to a foot of rain, with higher amounts possible, as it moves towards Houston and Galveston.
September 19, 2019 - The remnants of Imelda cause dangerous flash flooding in southeastern Texas, prompting evacuations. Governor Greg Abbott declares a state of disaster in 13 Texas counties impacted by Imelda. The storm is on track to produce heavy rainfall across the Texas coast and in southwest Louisiana. There has been at least one storm-related death in Harris County, officials say.

September 22, 2019 - Tropical Storm Karen forms east of the Windward Islands.
September 24, 2019 - The center of Karen passes near Puerto Rico, producing heavy rain.
September 25, 2019 - Karen moves away from Puerto Rico and the Virgin Islands. The storm is expected to loop clockwise and potentially head back towards Florida and the Bahamas.
September 27, 2019 - Karen degenerates into a surface trough about 425 miles southeast of Bermuda.

October 18, 2019 - Tropical Storm Nestor forms in the Gulf of Mexico. Warnings are issued for parts of coastal Louisiana, Alabama and Florida. Dangerous storm surge, strong winds and heavy rain are expected.
October 19, 2019 - After being downgraded to a post-tropical low pressure system, Nestor makes landfall on St. Vincent Island in Florida.