2 alligators trapped after causing a stir in Southwest Florida 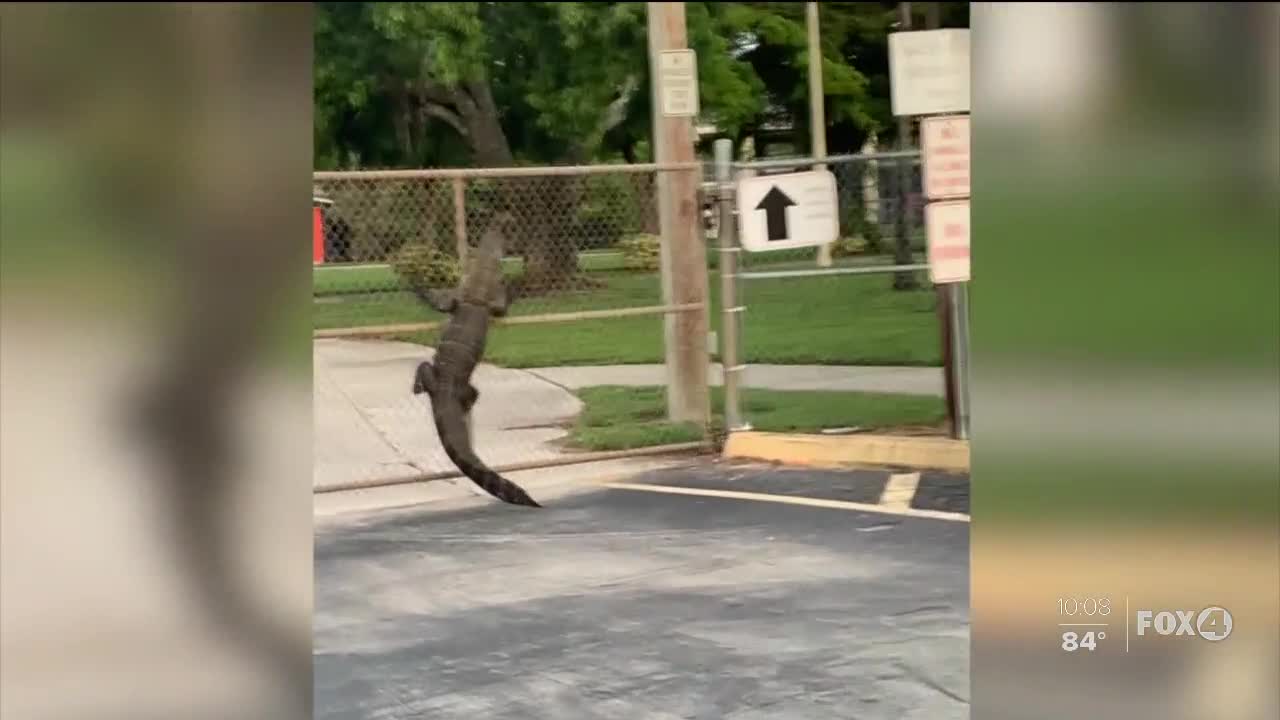 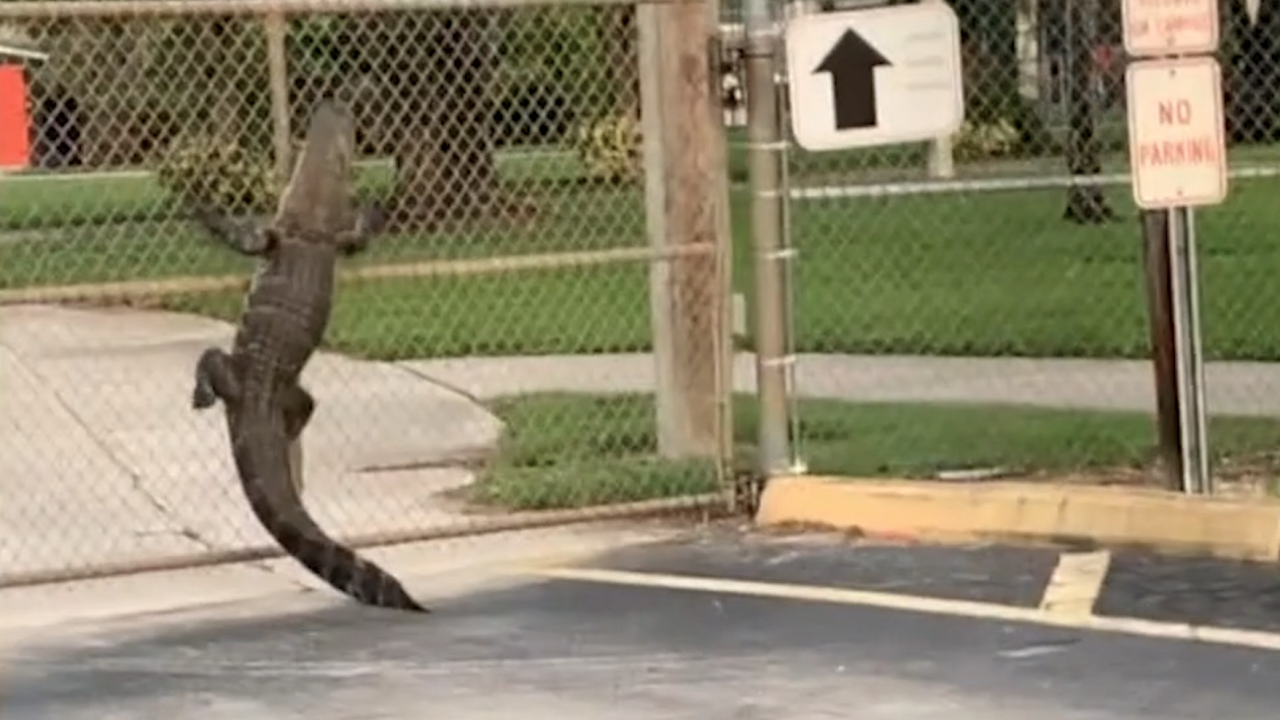 An alligator was spotted trying to climb the fence at Lely High School in Naples, Florida, Monday morning.

Ray Simonsen, a.k.a "Ray the Trapper," was called in to get it.

“Gators can climb. That’s why you can find them wherever, whenever," said Simonsen.

Simonsen said he wasn’t surprised by what the gator was doing, but by how big it was.

“I received a call that there was a 4-foot gator on property. I roll up and I get a big grin on my face, because that 4-foot was 7-foot 6-and-a-half-inch," said Simonsen.

But that alligator Simonsen caught wasn’t the only one that got somewhere it didn’t belong on Monday. According to the Lee County Sheriff’s Office, deputies had to respond to the Estero Parc Apartments, because an alligator actually got inside the building.

The sheriff’s office posted a picture to Facebook, saying people were in the elevator when the doors opened, and a small gator was there to greet them.

Simonsen says this kind of thing is a lot more common this time of year.

But he said if you do spot a gator, don’t try to move or catch it yourself.

“If you encounter any wildlife, stay at least 30 feet away from it and call the proper authorities, because these guys are protected," said Simonsen.

This story was originally published by Rob Manch at WFTX.