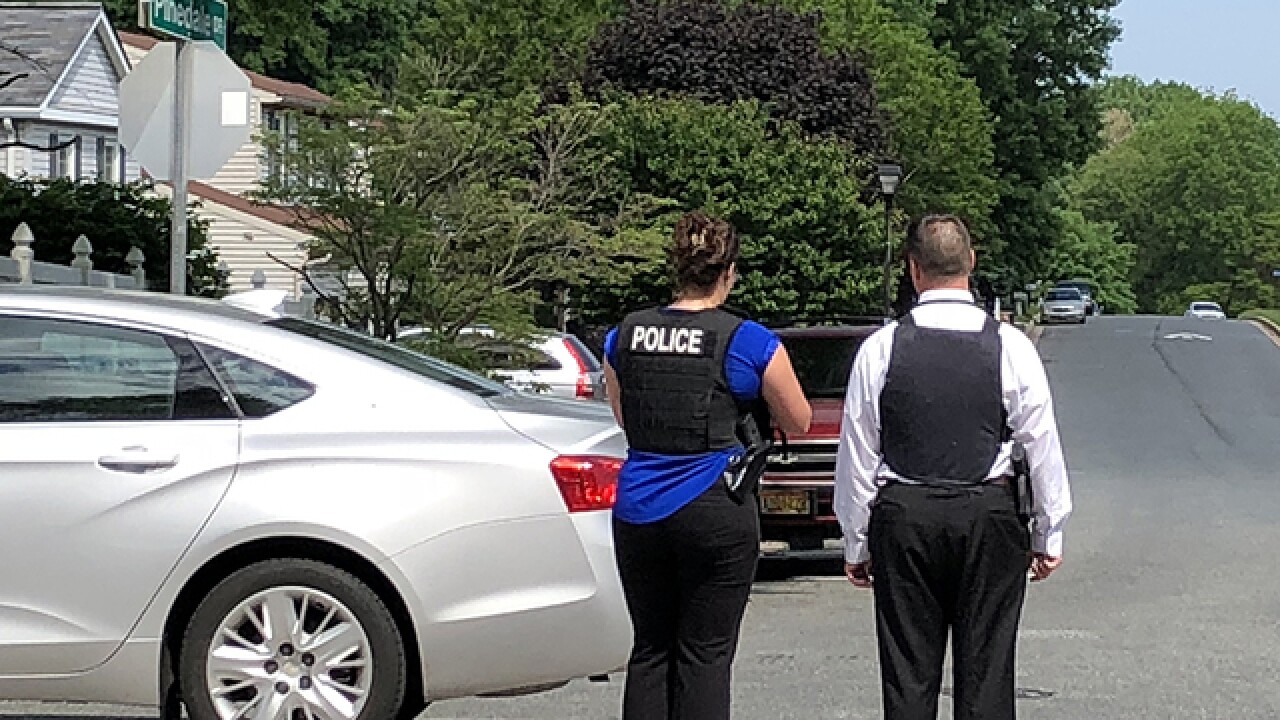 PERRY HALL, Md. - Baltimore County Police say they have four teenage suspects in custody that are suspected to be involved in the death of an officer.

At least one of the suspects is facing murder charges.

On Monday around 2 p.m. ET, officer Amy Caprio was killed in the line of duty while investigating suspicious activity in Perry Hall. She was almost a four-year veteran of the force.

Tuesday morning, police announced that a 16-year-old Dawnta Anthony Harris was arrested shortly after the death of that officer.

Police were called to the scene after a woman said a black Jeep Wrangler was near her home, and three suspicious subjects were walking around. The woman stayed on the phone with a dispatcher and said that the three people had broken in and that an officer was on the ground after confronting the driver of the Jeep.

Another witness says they saw the Wrangler drive over Caprio, and then drive away, according to the charging documents.

Shortly after, another person called 911 saying that she found the Jeep Wrangler was abandoned nearby. A description of the driver was sent out over the police radio and officers were able to find the driver who was later identified as Harris.

Charging documents continue to say that Harris admitted that he was waiting in the driver's seat of the Jeep Wrangler while his other associates were burglarizing the house. He then said he tried to drive away in the Wrangler when he saw Caprio arrive in the area. He tried to flee, but Caprio followed him to a cul-de-sac.

Caprio demanded he exit the car. He opened the door slightly, shut it, and then drove toward her. He then admitted leaving the Wrangler where it was later found nearby, according to the documents.

Harris has been charged with first-degree murder. A spokesperson with police did say the teenager will be charged as an adult.

Baltimore County Police say Harris' associates are in custody and they are all teenage boys. Detectives have verified that the group were involved in burglaries in the area. Officers will be canvassing for property stolen during the burglaries on Tuesday.