1 dog euthanized, 17 others rescued from extreme hoarding situation in Indiana 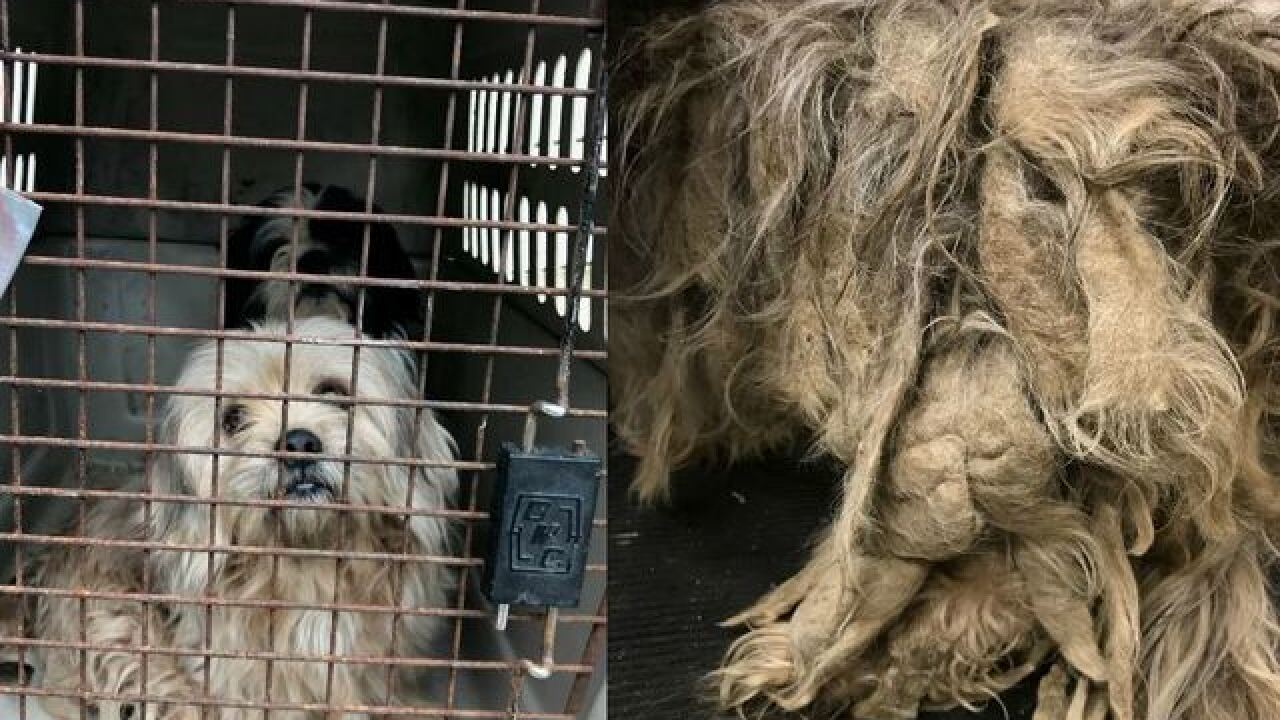 ALEXANDRIA, Ind. -- More than a dozen small dogs were rescued from one of the worst cases of animal hoarding officials in Madison County, Indiana say they have ever seen.

Madison County Sheriff's deputies responded to a complaint about dogs barking at a home on Trenton Street in Alexandria on Saturday just after 2 p.m.

Responding deputies said the smell from the home was so strong that it reached the driveway and the homeowner had to walk around feces to exit the home.

Inside the home, deputies found 18 Shih-Tzu and Rat Terrier mixed dogs with severely matted and unkempt fur and fecal matter on the floors throughout the home. The dogs appeared to be well fed, according to deputies but were in need of intensive care.

“When we’re called to help with a situation like this, and you can smell the urine from the driveway…you know it’s going to be really bad,” said Maleah Stringer, Director of the Animal Protection League, Inc. (APL), the city of Anderson’s animal shelter. “There has to be some point along the way that people have to realize they can’t handle caring for this many dogs, and they need help. Sadly, too many don’t make that call and the dogs end up paying the price.”

Several of the dogs in the home were being kept inside a small bedroom that was covered in mold and feces. The smell of ammonia inside the home was so intense that two deputies had to be treated for exposure.

The owner voluntarily surrendered all 18 dogs to the Animal Protection League of Madison County.

According to the APL, one of the dogs was in such poor shape that it had to be euthanized.

“We are hopeful the remaining 17 dogs are eventually healthy enough to be adopted," said Stringer. "Right now, we’re looking at about $250 per dog just to get the basic veterinary care. The cost for those with medical issues is going to be even more.”

You can follow the dog’s progress and learn more about how you can help on the Animal Protection League of Madison County's Facebook page.