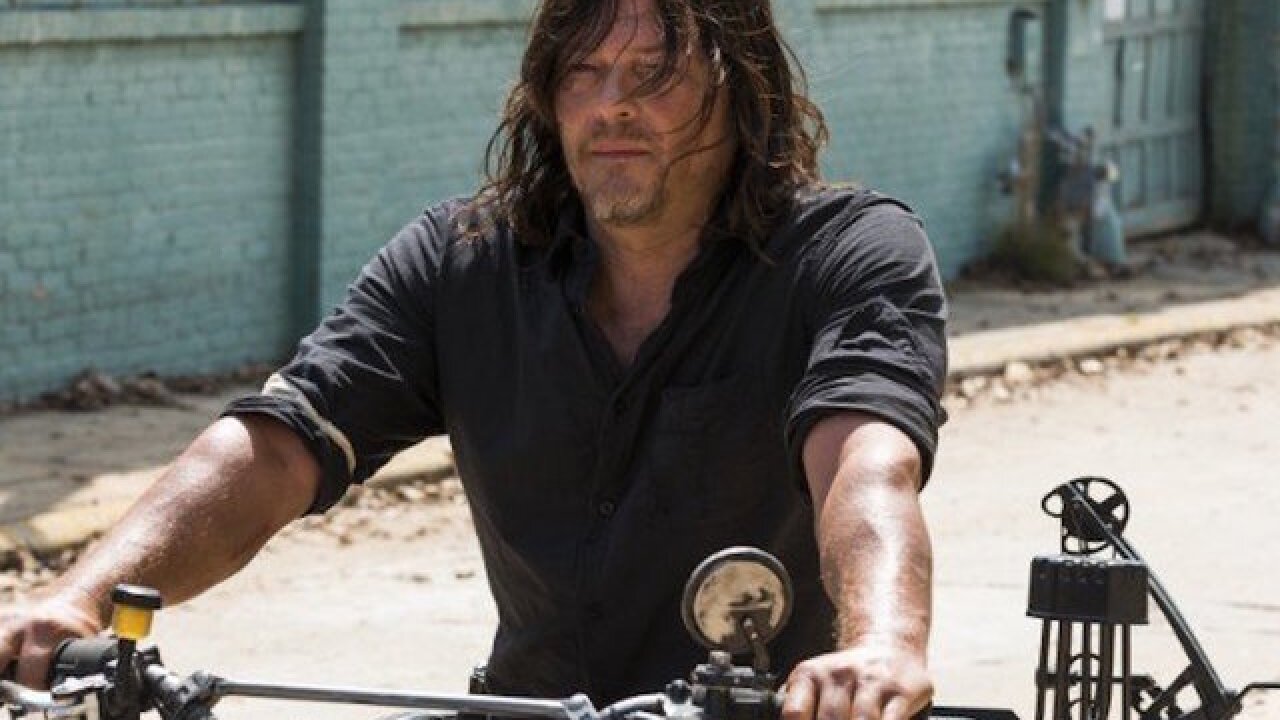 The following contains spoilers about the "The Walking Dead" midseason finale.

"The Walking Dead" has described this season as "All Out War," but it has often felt immersed in tactics, as if several episodes were simply setting up pieces on a chessboard. The midseason finale was largely guilty of the same right up until the last minute, which planted the seeds for the death of a major character.

The final sequence featured Rick (Andrew Lincoln) coming upon his son Carl (Chandler Riggs), who reveals that he had suffered a bite from one of the "walkers" -- a wound that's invariably fatal. Lest there be any doubt, on companion show "The Talking Dead" showrunner Scott M. Gimple -- who has been coy about such matters at times -- confirmed that the character had been bitten, and that it would play out as zombie bites had in the past.

Riggs is one of the few remaining original characters, and has virtually grown up on the AMC series. Yet leaving his actual death until the show returns after its customary winter break -- it's slated to return in February -- feels like another ploy to lure viewers back, if a less irritating one than some of the previous cliffhangers. (Although he's been accepted to college, Riggs told The Hollywood Reporter that leaving the show "wasn't my decision," but rather is intended to serve to the larger story.)

Until those closing moments, the episode might as well have been subtitled "The Saviors Strike Back," as the brutal forces under the leadership of Negan (Jeffrey Dean Morgan) outflanked Rick's allies on multiple fronts.

Notably, the episode included an exchange between Carl and Negan in which the boy said that he was willing to die, which wound up foreshadowing what transpired. Rick and Negan also faced off, in what turned out to be an indecisive slugfest.

The series has obviously earned a reputation for killing off key characters -- death is a fact of life in this post-apocalyptic world -- but there have been few major departures this season. The pacing, moreover, has actually been somewhat sluggish, as the cat-and-mouse game has unfolded and tested alliances with relatively few earthshaking developments.

Killing off Carl, whenever that officially happens, will be a big moment, especially given the abundant personal losses that Rick has already suffered. More than anything, though, the finale underscored that "The Walking Dead" has been too leisurely in teasing out this season's story arc, which made the revelation of Carl's dire fate deliver the sort of emotional wallop that the eighth season for the most part has sorely lacked.