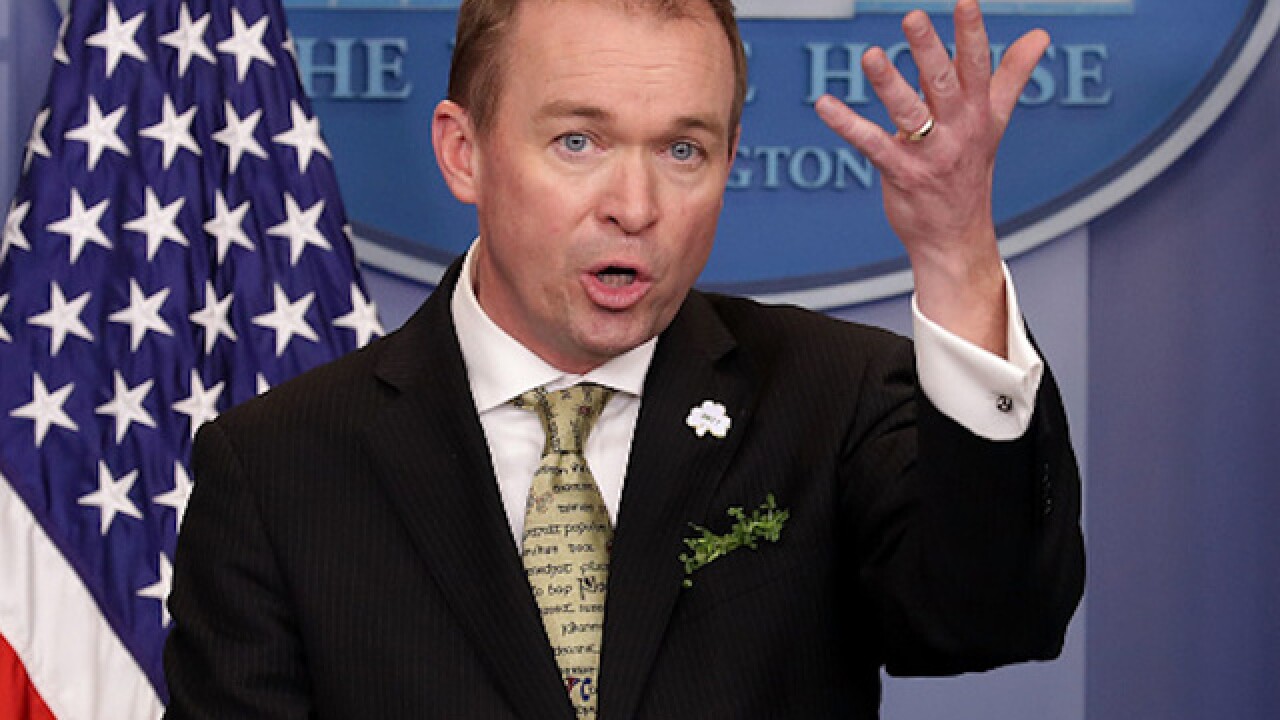 White House budget director Mick Mulvaney said the Office of Management and Budget is "preparing for what we're calling a Schumer shutdown," slamming Democrats for obstructing a path to averting the imminent government shutdown.

"It still surprises me that Democrats in the Senate are opposing a bill that they don't oppose," Mulvaney said, noting that the funding bill before lawmakers is clean -- with no unrelated riders --and that it includes an extension of the Children's Health Insurance Program that has bipartisan support.

Senate Democrats have insisted that as part of the government funding process lawmakers resolve the legal status of 700,000 people brought to the US illegally as children who had been protected under the Obama era Deferred Action for Childhood Arrivals program. President Donald Trump rolled back those protections, but lawmakers at the time said they would work to restore them.