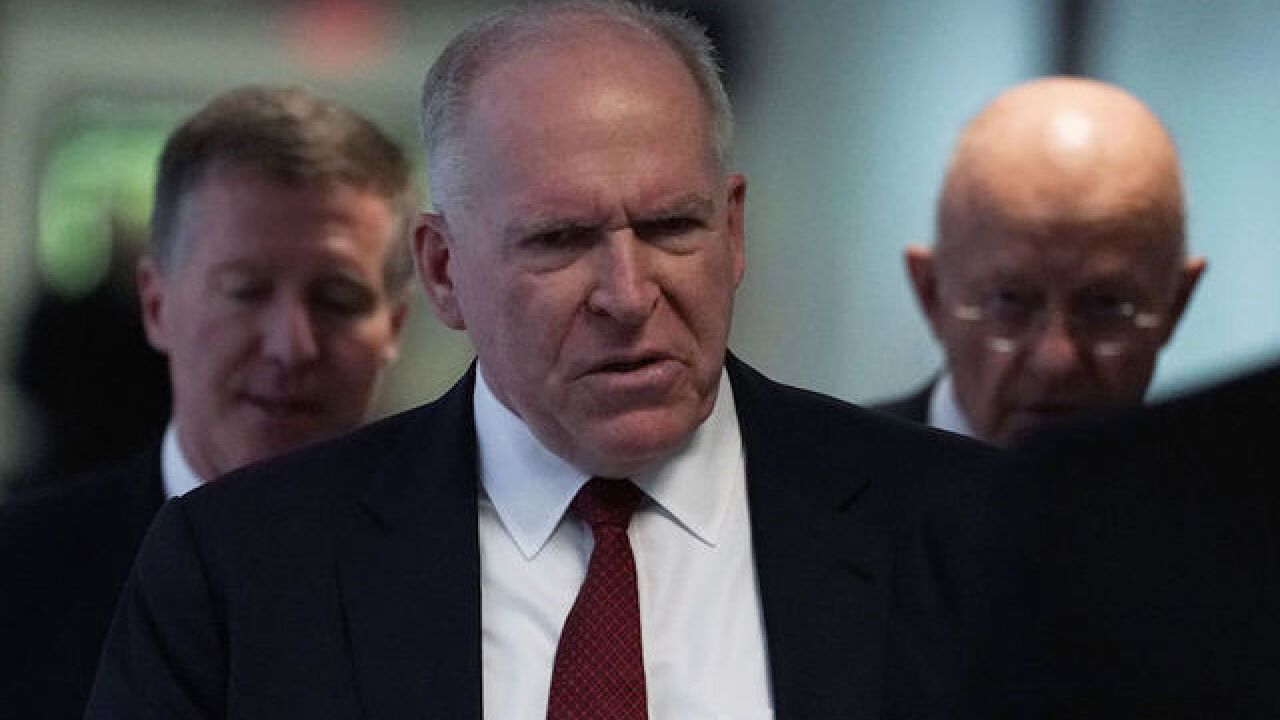 President Donald Trump lashed out at former CIA Director John Brennan on Saturday, claiming he made mistakes during his time at the CIA and calling him a "loudmouth, partisan, political hack."

"Has anyone looked at the mistakes that John Brennan made while serving as CIA director? He will go down as easily the WORST in history & since getting out, he has become nothing less than a loudmouth, partisan, political hack who cannot be trusted with the secrets to our country!" Trump wrote on Twitter.

Trump did not say what the claimed mistakes were. The White House announced on Wednesday that Trump would revoke Brennan's security clearance. In a statement, Trump said Brennan "has recently leveraged his status as a former high-ranking official with access to highly sensitive information to make a series of unfounded and outrageous allegations -- wild outbursts on the internet and television -- about this Administration." The statement added that the "recent conduct characterized by increasingly frenzied commentary is wholly inconsistent with access to the nation's most closely held secrets."

Trump's attack on Brennan comes a day after the former CIA director accused the President in an MSNBC interview of stripping his security clearance as part of a "public relations strategy." Brennan was reacting to a report in The Washington Post on Friday that said the decision to revoke his security clearance had been finalized in order to switch the news cycle's focus from former White House aide Omarosa Manigault Newman's new book, "Unhinged," which contains critical passages about Trump.

"The fact that he's using a security clearance of a former CIA director as a pawn in his public relations strategy I think is just so reflective of somebody who, quite frankly, I don't want to use this term maybe, but he's drunk on power. He really is, and I think he's abusing the powers of that office," Brennan told MSNBC's Rachel Maddow in the interview.

In a Wall Street Journal interview published Wednesday, Trump drew a connection between his decision to revoke Brennan's security clearance with the former CIA director's involvement in the investigation into Russian election interference -- comments that contrasted with the President's statement earlier in the day that the decision was based on a view that Brennan, a harsh Trump critic, posed "risks" because of "his erratic conduct and behavior."

"I call it the rigged witch hunt, (it) is a sham. And these people led it!" Trump said in the interview with the newspaper. "So I think it's something that had to be done."

In the interview, Trump cited Brennan as one of several national security officials he holds responsible for special counsel Robert Mueller's investigation into Russian interference. Brennan, who served under President Barack Obama, was one of the intelligence chiefs who signed off on the intelligence community's January 2017 assessment that Russia interfered with the intent to help Trump and to hurt Hillary Clinton.

The Washington Post reported Friday night that the White House has drafted documents that would revoke the security clearances of current and former officials Trump wants to punish for criticizing him or playing some role in the Russia investigation. Trump wants to sign "most, if not all" of them, a senior White House official told the Post.

Trump's decision to revoke Brennan's security clearance drew criticism from more than a dozen former senior intelligence officials, who said in a statement Thursday that the President move was "ill-considered" and "unprecedented."

"We all agree that the president's action regarding John Brennan and the threats of similar action against other former officials has nothing to do with who should and should not hold security clearances -- and everything to do with an attempt to stifle free speech," they said.

In a separate statement Friday, 60 former CIA officials said "the country will be weakened if there is a political litmus test applied before seasoned experts are allowed to share their views."