Transgender troops testify openly in front of House of Representatives 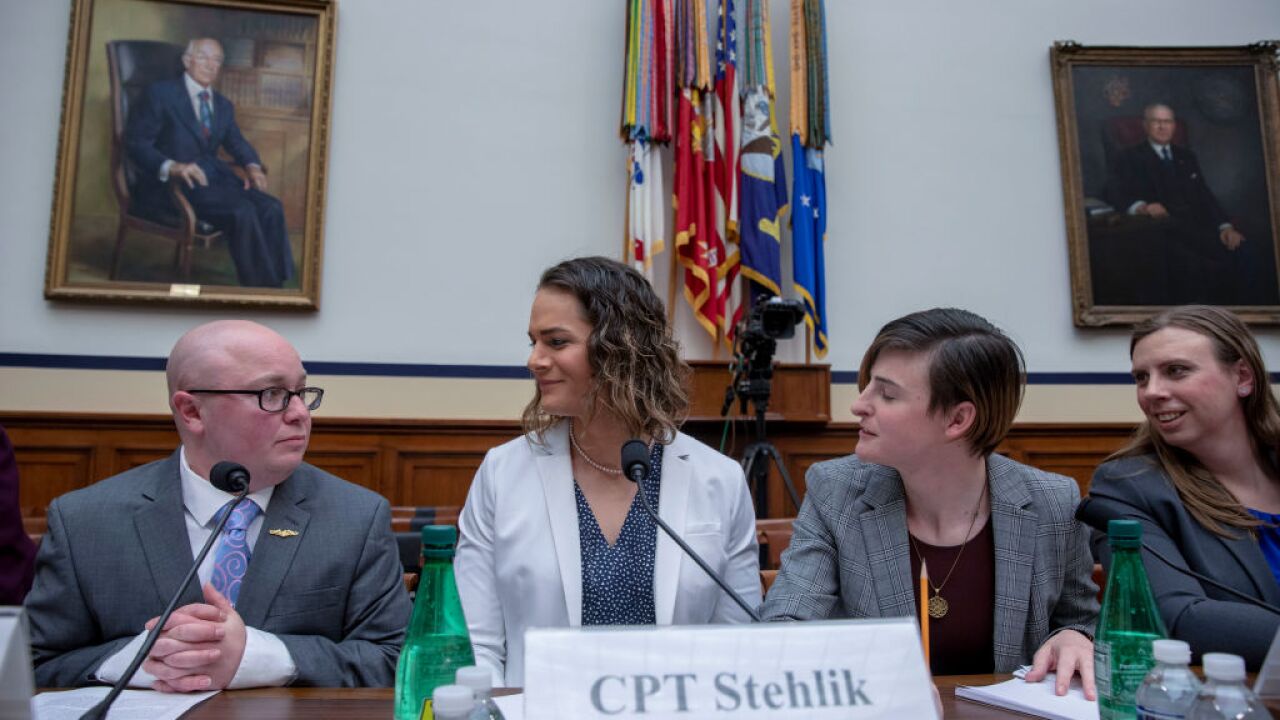 Five transgender members of the United States military testified in front of Congress on Wednesday, the first to do so publicly.

“They talked to me and told me things they never would have before,” Stehlik said. “Things they said they’ve never told other people. I asked them why, and the consistent answer is that they valued my authenticity — my courage in being myself. It allowed them to do the same thing.”

The Obama administration repealed a ban on transgender persons in the military in 2016, allowing active military members to serve openly as transgender for the first time in decades. But in 2017, President Trump abruptly changed the policy in a series of tweets. While a number of lawsuits have been filed and are ongoing, the Supreme Court recently ruled to lift an injunction in some cases, keeping the ban in place.

The five military members testified that they all sought medical treatments as part of their transition that prevented them from deploying, but all said they were able to do so by taking personal leave in between deployments.

Rep. Jackie Speier (D-California), who called the meeting, was among the representatives to file a bill that would allow transgender service members to serve openly earlier this month. That bill has been referred to committee. Even if it were to be passed by the House and Senate, it would likely face a veto from the president.