Gun and ammo shortage affecting professional shooters in the US

Gun and ammo shortage affecting professional shooters in US 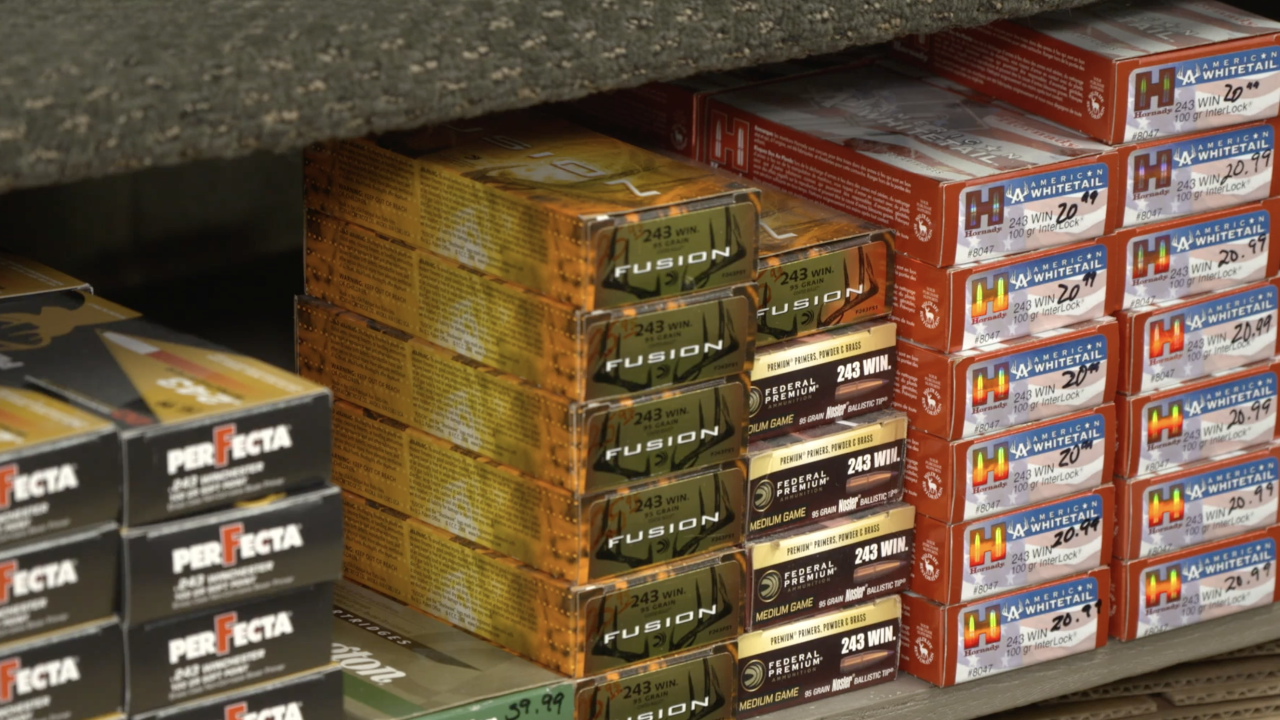 Some guys have a man cave in their homes. Clint Adams has turned his Utah basement into part science lab, part ammunition workshop.

“I take a primer and put it in, and then, I load the charge,” Adams explained as he worked to load his own ammo.

Adams' measurements are so precise, he measures the weight of the bullet he’s loading to the gram.

“The brass I’m using is Alpha Brass and the powder is Hodgdon Varget,” Adams said.

That may sound like a different language to you and me, but to the professional long-range precision shooter, it’s basic.

“You can have the best fundamentals as a shooter, but if your ammo isn’t better than you, then you’re not going to have success,” Adams said.

Before COVID-19, Adams would travel and compete in national competitions, but now he is spending more time in his backyard dry firing.

Adams uses no magazines or no bullets when he practices now. There just isn't enough out there he said.

“I definitely get some weird looks from people who may not know me or what I’m doing,” Adams said.

It is not ideal, but there aren’t many options these days.

“You know, it’s been the hardest thing to find primer and powder right now,” Adams said. “I just can’t believe how hard primers are to find.”

At a gun store about 20 miles from Adams’ home, business has been booming.

“This year has been a really good year,” said gun store owner Dave Larsen. “It turns our pandemic and civil unrest are really good for business.”

Since March, Larsen has had a hard time keeping his shelves stocked.

“Yeah, after people went and cleaned out the Costco for toilet paper, they came to the gun stores.

He says his supply is one-third of what it was in January.

“Some manufacturers source stuff from around the world and their supply lines were compromised during COVID and their distribution became,” Larsen explained. “When the demand ramped up, things really got crazy.”

Back at Adams’ house, it was beginning to feel a little like Christmas morning.

He got to fire real ammo for the first time in months.

“I’d definitely say the shortage is affecting my ability to get out and stay sharp and keep my skills top level,” Adams said.

A series of road trips all over the state made this day possible. Adams plans to do whatever it takes to keep up on his craft.

Just don’t ask him to reveal his favorite shooting location.

“Not only is ammo really hard to come by, but so are good hunting spots,” he said with a smile.