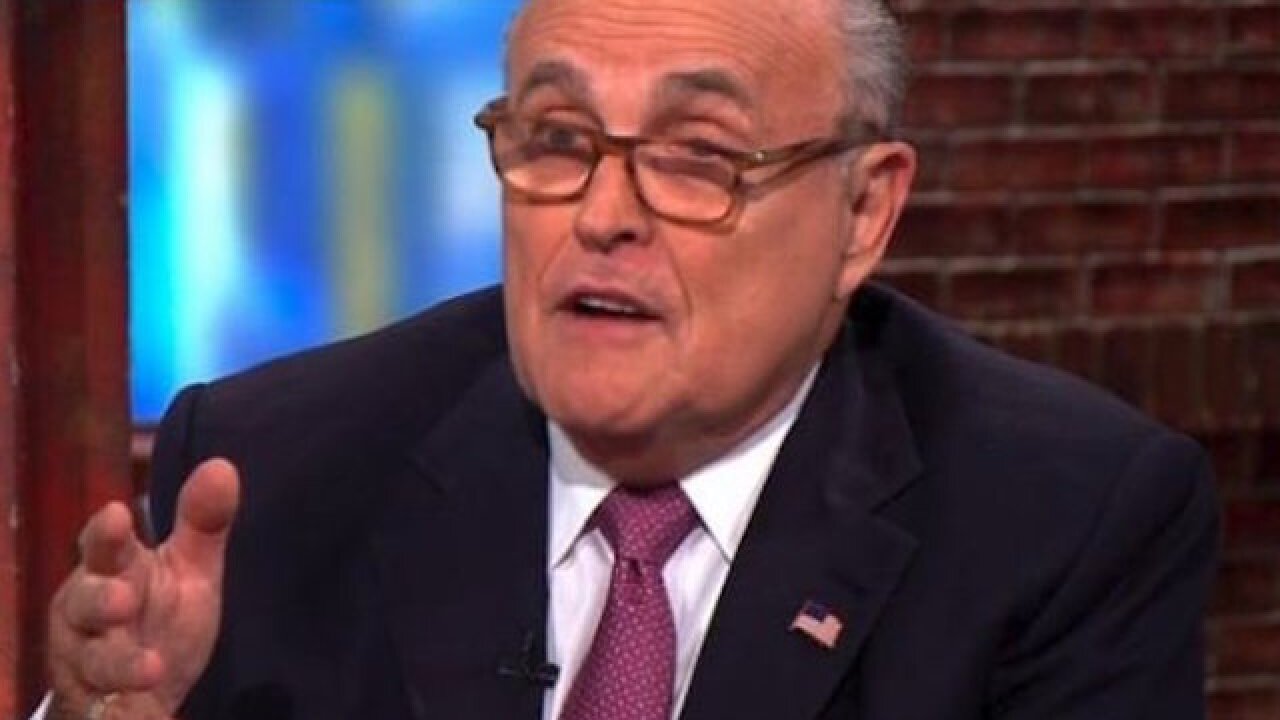 President Donald Trump's lawyer, Rudy Giuliani, said Monday that he's not sure collusion with Russia would be considered a crime.

But legal experts have repeatedly said that anyone found collaborating with Russia on the 2016 election could be charged with other crimes, such as conspiracy -- and special counsel Robert Mueller's investigation is ongoing.

"Four months, they're not going to be colluding with Russia, which I don't even know if that's a crime, colluding about Russians," Giuliani, a former federal prosecutor, continued. "You start analyzing the crime -- the hacking is the crime. ... The President didn't hack."

In his wide-ranging interview on "New Day," Giuliani also said he didn't know if Trump's ex-lawyer under criminal investigation, Michael Cohen, would be pardoned by Trump and claimed that Mueller's team has been unresponsive to the Trump legal team's recommendations regarding a potential interview between Mueller and the President for more than a week.

The President has repeatedly denied that there was any collusion between his campaign and Moscow. But he has made a similar argument to that of Giuliani's, telling The New York Times in December that "There is no collusion, and even if there was, it's not a crime."

At a CNN town hall in April, former FBI Director James Comey, whom Trump fired, said collusion "is not actually a thing that exists under the federal laws of the United States."

Instead, Comey continued, the question is whether any Americans conspired with a foreign government to commit crimes against the US, which is a crime.

And speaking to CNN in May, Carrie Cordero, a CNN legal analyst and an adjunct senior fellow at the Center for a New American Security, said collusion isn't a crime "in the literal sense" but that there could be related criminal violations in colluding, such as receiving foreign money in a political campaign or assisting with or being an accessory to computer hacking.

No evidence has publicly emerged that the Trump campaign has engaged in these activities, though Mueller's investigation is ongoing.

Since Mueller's investigation began in spring 2017, the probe has resulted in criminal charges against several Russian nationals, five Americans and one Dutch citizen and three corporate entities. One of those people has already been sentenced and served a month in prison, while three others pleaded guilty and await sentencing.

Giuliani's "New Day" interview came after Trump launched his most personal attack to date against Mueller in a tweetstorm Sunday, two days before the special counsel's office takes the Manafort case, its first prosecution, to trial in Virginia.

In the tweets, Trump largely resurfaced previous issues he has with the investigation, claiming Mueller personally has conflicts of interest -- including a "contentious business relationship" -- that should preclude him from running the investigation, accusing Mueller of bringing on too many Democratic investigators, and making a false claim about the origin of the Russia investigation.

It was not immediately clear what the President meant when he claimed there were conflicts of interests involving Mueller. The New York Times reported in January that the President claimed a dispute over membership fees had prompted Mueller to leave a Trump golf club in Washington in 2011 when he was FBI director.

Ethics experts from the Justice Department determined last year when Mueller was appointed special counsel that his participation in the matters assigned to him is appropriate.

Giuliani also addressed the supposed conflict, but said that he'd leave it to the President to offer up details. He said the President doesn't have to support his own tweet's claim because it's Mueller's "conflict," not Trump's.

Asked for factual details about the business conflict, Giuliani said the media should pressure Mueller to "stand up and be a man" by disclosing further details of potential conflicts of interest.

Pressed further on the conflict allegation, Giuliani said, "I can't tell you. I'm not sure I know what exactly what the conflict is. I have a good idea. It's one that would have kept me out of the investigation. ... What it means is I would have had a personal interest, a personal dispute with the President of the United States before the investigation that really precluded me from it."

Asked whether the conflict was over the golf club dispute, Giuliani replied, "I'm not going to go any further."