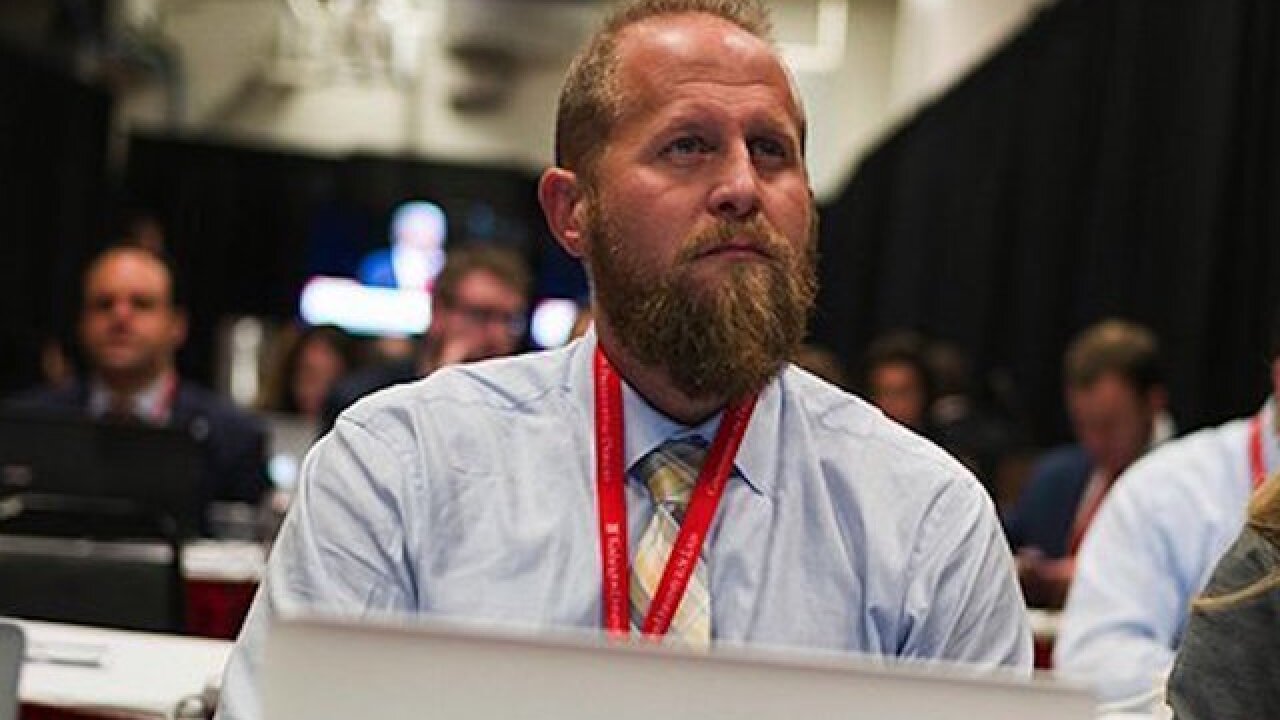 President Donald Trump has hired Brad Parscale, the digital media director of his 2016 campaign, to run his re-election bid, the campaign announced on Tuesday.

The announcement was initially hyped by The Drudge Report, a website run by Matt Drudge, a conservative figure with considerable influence inside the White House. But it was no surprise that Trump will run for re-election in 2020 — he filed shortly after his 2017 inauguration — but it is unusual for a sitting president to hire a campaign manager three years before the election.

White House press secretary Sarah Sanders told reporters in June 2017 that Trump was going to run for re-election in 2020.

Eric Trump, one of the President's sons, touted Parscale as an "amazing talent" who was "pivotal to our success in 2016."

"He has our family's complete trust and is the perfect person to be at the helm of the campaign," he said in a release from the campaign.

Jared Kushner, the President's son-in-law and senior adviser, added that Parscale was "essential in bringing a disciplined technology and data-driven approach to how the 2016 campaign."

The campaign also said in the announcement that it would be involved in the 2018 midterm election by "providing candidates with general support, endorsements and rallying the support of the political grassroots by engaging Trump supporters in districts and states."

The midterm will be pivotal for the future of Trump's presidency. The party in control of the presidency historically suffers sizable losses in the first election after winning the White House. Trump has already begun mentioning that trend in speeches, hoping to spur his supporters to buck history.

Parscale has remained an active force in his political operation -- America First -- since the President stepped into the White House. Parscale's Florida-based firm, Parscale Strategy, has a contract with the Republican National Committee to, among other things, help grow its data base of small donors.

Parscale never worked in politics before joining the Trump campaign in 2015. He knew the candidate and his family from working for the Trump Organization for several years designing websites and helping develop digital strategy for Trump businesses.

Even as Trump went through three campaign managers during his tumultuous presidential bid, Parscale, a close associate of Trump son-in-law Jared Kushner, was a constant, quiet presence.

Parscale's formal title during the Trump 2016 campaign was digital director, but behind the scenes he grew into much more: directing campaign spending on television ads as well as digital, building a small dollar donor operation, and having significant influence on the overall campaign working closely with then-Republican National Committee chief of staff Katie Walsh and the RNC get out the vote operation.

On digital advertising, Parscale brought Facebook employees into the campaign to better take advantage of social media to promote Trump, and tear down Hillary Clinton.

The unprecedented spending on digital media did not sit well with the candidate. During the campaign, Trump angrily questioned Parscale about how he was spending campaign cash.

"I don't believe in this mumbo-jumbo digital stuff." Parscale recalled Trump screaming at him.

"I was crushed actually. It was the first time he had ever, just-- I hadn't even seen him yell at anyone, let alone me," Parscale told CBS' "60 Minutes" last year.

Despite getting dressed down, he kept focused on digital media spending.

In fact, during the last week of the campaign, he says he saw data showing movement in Trump's favor in what were considered likely wins for Clinton, and he pounced, moving money out of Virginia, where he did not think Trump could win, and Ohio, where he felt confident Trump would win.

"I took every nickel and dime I could out of anywhere else. And I moved it to Michigan and Wisconsin. And I started buying advertising, digital, TV," Parscale told "60 Minutes."

Parscale has said that after Trump won, the President-elect thanked him and made clear he then understood the power of what he had called "mumbo jumbo digital stuff."

Parscale has repeatedly insisted he had no knowledge of the Russian operation to influence the 2016 campaign in favor of Trump, and against Clinton. He says that is what he told congressional investigators behind closed doors last year when he went before the Senate and House intelligence committees looking into Russian meddling.

Yet Parscale has gotten caught up in controversial actions Cambridge Analytica, a prominent conservative data firm that he hired to work for the Trump campaign.

The Trump campaign's data analytics operation is also under scrutiny by special counsel Robert Mueller, CNN reported in May 2017.

Parscale gave private testimony to the House Intelligence Committee last year as part of its investigation of Russian meddling.

Dan Merica and Marshall Cohen contributed to this report.