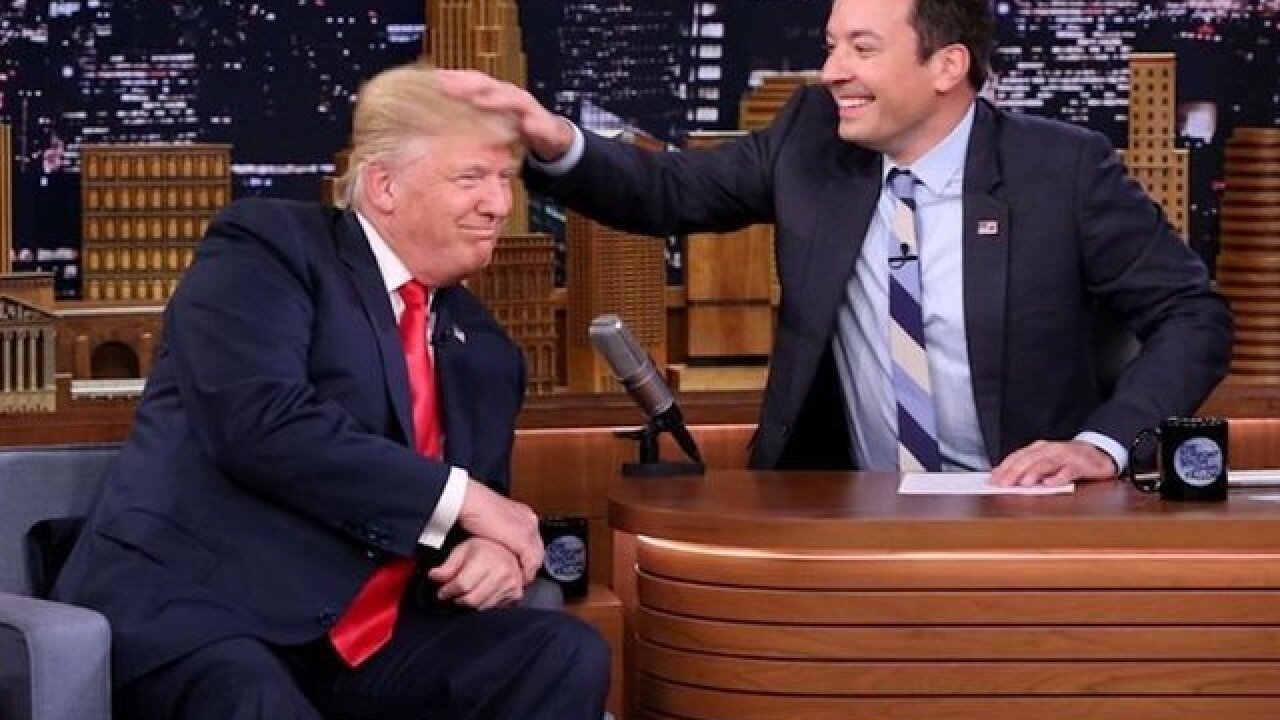 President Donald Trump attacked Jimmy Fallon on Twitter Sunday after "The Tonight Show" host expressed regret about a friendly interview during the campaign.

Trump's outburst -- which references a light-hearted moment on the show during the 2016 campaign -- is the latest example of him using his platform as president to respond to perceived slights made by entertainers.

".@jimmyfallon is now whimpering to all that he did the famous 'hair show' with me (where he seriously messed up my hair), & that he would have now done it differently because it is said to have 'humanized' me-he is taking heat. He called & said 'monster ratings.' Be a man Jimmy!" Trump tweeted.

Fallon said in response he would make a donation in Trump's name to the Refugee and Immigrant Center for Education and Legal Services, a non-profit group that provides legal services to immigrants.

The back-and-forth refers to a "Tonight Show" appearance Trump made in the fall of 2016, where the then-Republican presidential nominee let Fallon mess with his hair. The lighthearted appearance led to criticism for Fallon, who said in a recent interview with The Hollywood Reporter that he wasn't trying to "normalize" Trump or express agreement with his politics.

"I made a mistake," Fallon said. "I'm sorry if I made anyone mad. And, looking back, I would do it differently."

The "Tonight Show" host first publicly expressed regret for the 2016 interview last year, telling The New York Times that his critics "have a right to be mad."