Pentagon spokeswoman under investigation for misusing staff, retaliating against complaints 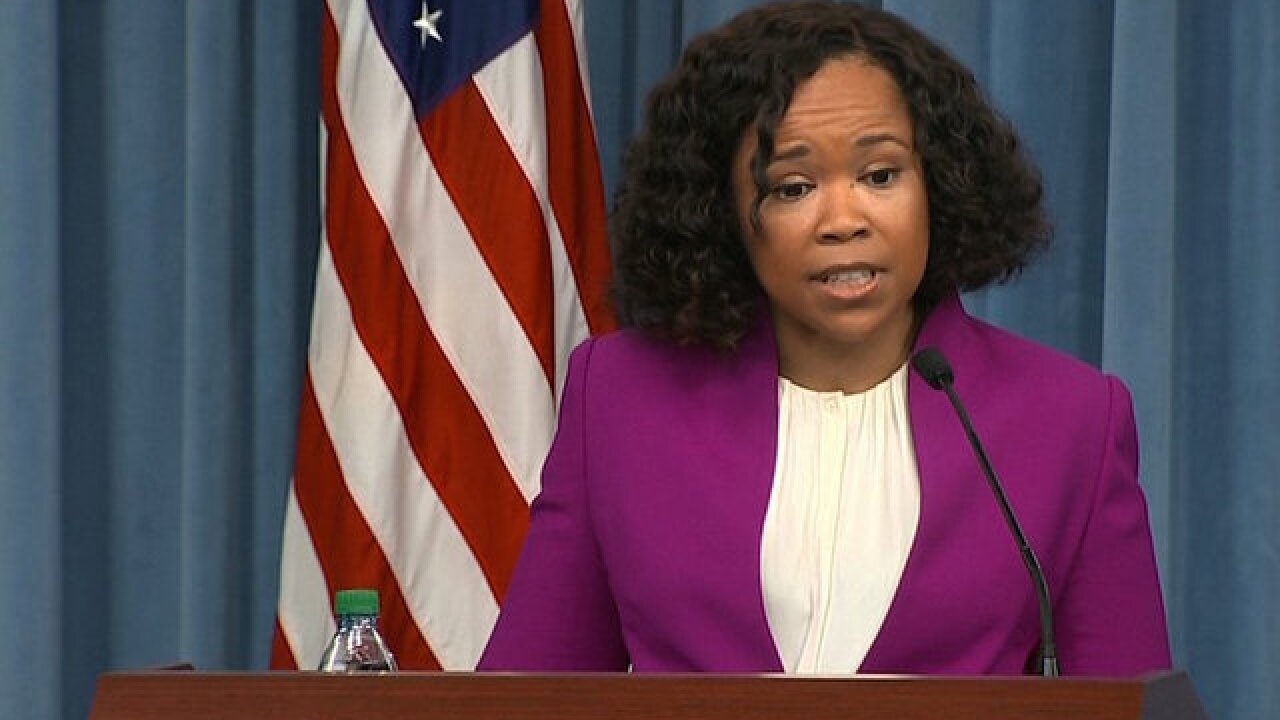 © 2018 Cable News Network, Inc.
POOL
<p>One of Defense Secretary James Mattis' most senior civilian advisers is being investigated by the Defense Department Office of Inspector General for allegedly retaliating against staff members after she used some of them to conduct her personal errands and business matters, according to four sources familiar with the probe..</p>

One of Defense Secretary James Mattis' most senior civilian advisers is being investigated by the Defense Department Office of Inspector General for allegedly retaliating against staff members after she used some of them to conduct her personal errands and business matters, according to four sources familiar with the probe.

Dana White, the Trump administration political appointee who serves as the Pentagon's chief spokeswoman, has been under investigation for several weeks after multiple complaints were filed against her.

White is alleged to have misused support staff, asking them, among other things, to fetch her drycleaning, run to the pharmacy for her and work on her mortgage paperwork. Staffers also charge that she inappropriately transferred personnel after they filed complaints about her.

White has not been found in violation of any federal regulation or policy at this point. The inspector general's office declined to comment.

As many as half a dozen defense personnel, and possibly more, have been interviewed, the sources say. All the officials CNN spoke to asked that their names be withheld, not just because the investigation remains ongoing, but because of concerns about reprisal.

White did not respond to CNN's request for comment about the allegations. Charles Summers, the principal deputy assistant to the secretary for public affairs, said: "This is an ongoing review about which we cannot comment." White became spokeswoman in April 2017 and reports directly to Defense Secretary James Mattis.

Pentagon ethics standards state that "a DoD official may not direct or request subordinates to use official time to perform any activities other than official activities."

CNN was told that some staffers did White's errands and personal chores voluntarily because they thought she was very busy during the work day. But department standards are iron-clad: They apply even if a staff member doesn't object to performing non-official tasks.

Multiple officials tell CNN that White on occasion told her staff to fetch her dry cleaning, purchase personal items for her and drive her to work on snowy days. After a complaint, White reimbursed a staffer for the cost of mileage incurred driving her to the Pentagon.

One staff member made repeated trips to the pharmacy inside the Pentagon to purchase snacks and pantyhose for White. Staffers were repeatedly dispatched to the cafeteria to get her lunch, the officials say.

Those officials say the IG is looking into allegations that White also directed military and civilian staff to work on her mortgage application and other personal financial paperwork, and arrange her personal leisure travel. They say the IG is also looking into allegations that White had staff make numerous appointments with her personal hair and makeup artist, whose services she paid for herself, to come to her home and Pentagon office.

A request to review ethics rules

Many of the allegations center on the months prior to May 2018. Matters came to a head that month, when at least two staffers raised concerns with more senior officials about White's use of their time. The staffers were transferred soon after and complained to the IG that they were moved in reprisal for their complaints.

CNN has reviewed information that confirms the IG is looking at many of the events described for potential misuse of staff. CNN has also learned from sources familiar with the matter that White had been told certain requests to staff were not allowed and that she subsequently asked to review ethics rules so she could stay within the Pentagon's guidelines.

All the allegations against White, if proven, would be administrative violations. But the probe makes White just the latest in a series of Trump associates and appointees to face scrutiny for their conduct.

White used to hold regular televised press briefings, but has not appeared since May. It is not clear if that is related to the investigation. Reporters have been told the White House wanted to see more briefings by senior uniformed officers.

White previously served as a foreign policy adviser to Sen. John McCain of Arizona, worked on the staff of the Senate Armed Services Committee and as a director of communications for the Renault-Nissan Alliance in France. She also served an earlier stint at the Pentagon, working as Taiwan country director in the Office of the Secretary of Defense.

After the inspector general's office concludes its probe, it will forward a report to Mattis that details whether any of the allegations are considered misconduct and also details charges that aren't found to have merit.

In IG investigations, allegations of wrongdoing are not always substantiated.

The final report could include recommendations on how to proceed, but it would be up to Mattis to decide what, if anything, to do, officials say.

There is no indication that Mattis was aware of White's alleged violations prior to the investigation.