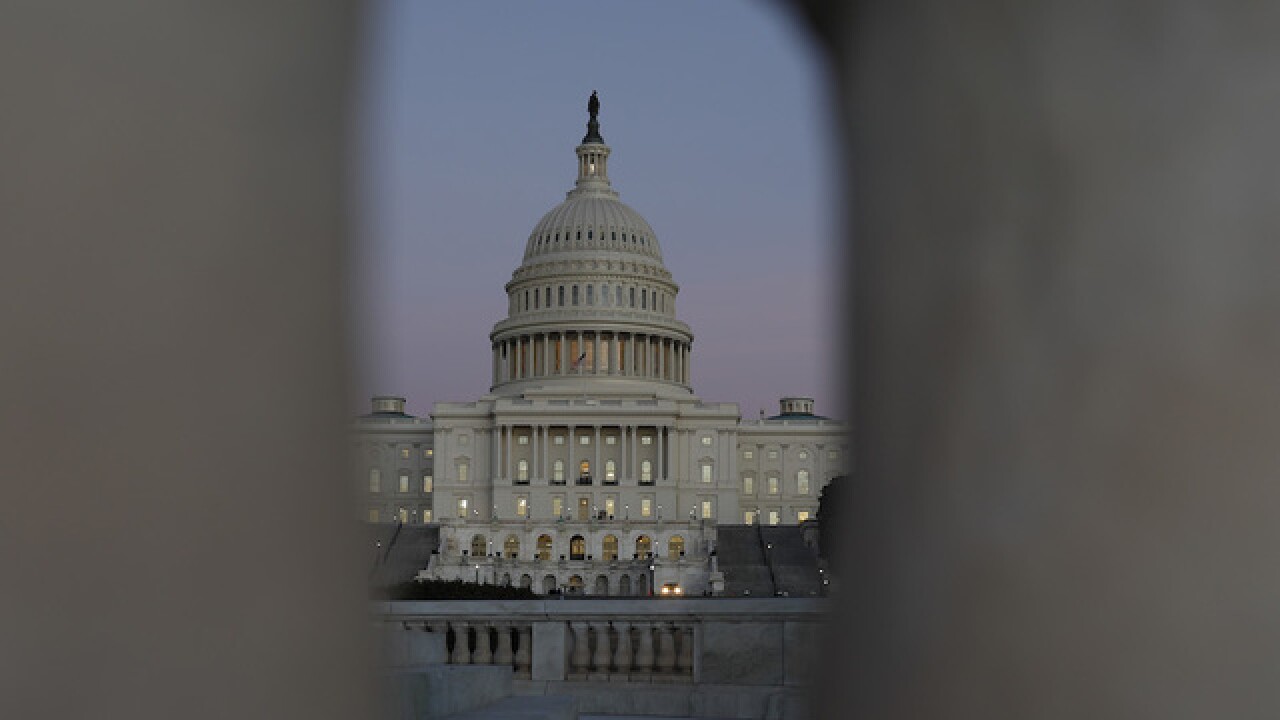 Copyright Getty Images
Aaron P. Bernstein
<p>WASHINGTON, DC - JANUARY 19: The U.S. Capitol is seen as lawmakers work to avert a government shutdown January 19, 2018 in Washington, DC. A continuing resolution to fund the government has passed the House of Representatives but faces a stiff challenge in the Senate. (Photo by Aaron P. Bernstein/Getty Images)</p>

First came the failed vote. Then the finger-pointing.

Republicans labeled it the "Schumer shutdown," after Senate Minority Leader Chuck Schumer. The New York Democrat fired back, calling it "the Trump shutdown."

Democrats are far more concerned with Illegal Immigrants than they are with our great Military or Safety at our dangerous Southern Border. They could have easily made a deal but decided to play Shutdown politics instead. #WeNeedMoreRepublicansIn18 in order to power through mess!

Here are some responses from lawmakers:

"This shutdown was avoidable. The WH created this crisis & the GOP leaders in Congress refused to negotiate with Democrats. We must pass a bipartisan solution to fund the government, guarantee health care for millions of kids & protect Dreamers. Americans expect & deserve it."

"Tonight, on the eve of the first anniversary of his inauguration, President Trump earned an 'F' for failure in leadership. President Trump and Congressional Republicans' obsession with passing a tax scam to benefit the wealthiest and corporations has blinded them to their responsibilities to the American people."

"The way forward is clear: Republican leaders and the President must pass a bipartisan solution like the one on the table to reopen the government, restore CHIP, and provide a place in America for DREAMers. The American people deserve nothing less. If anything, tonight has revealed once again -- the President does not have compassion for our fellow Americans who he put in this perilous situation."

"Republicans control all the levers of government. There can be no disputing who ultimately is responsible for the grossly irresponsible act of shutting down the government. Democrats have said from the very beginning that we are ready to sit down with Republicans & POTUS to pass legislation to prevent a shutdown and address pressing matters where we are already in agreement. I urge Republicans to end their #GOPshutdown without delay. Sit down with Democrats, and let's work together to meet Congress's responsibilities to the American people."

"Senate Democrats have let down our troops, our children, and all Americans. They will do anything to appease their base, even shut down the federal government. There is nothing in this bill to keep the government open that Democrats actually oppose, and yet they are blocking it nonetheless in a dangerous political ploy. All of this is just unnecessary. It is reckless. Senate Democrats have brought us to a shutdown."

"Tonight, Senate Democrats made the choice to strip funding from the Children's Health Insurance Program and deny our troops the support they deserve through the #SchumerShutdown. This is reckless, irresponsible, and wrong."

"The facts before us are simple. Right now, the Democratic leader has no compromise immigration bill on the table. No bill exists. Why do Americans need to suffer from a government shutdown when he doesn't even have an immigration bill?"