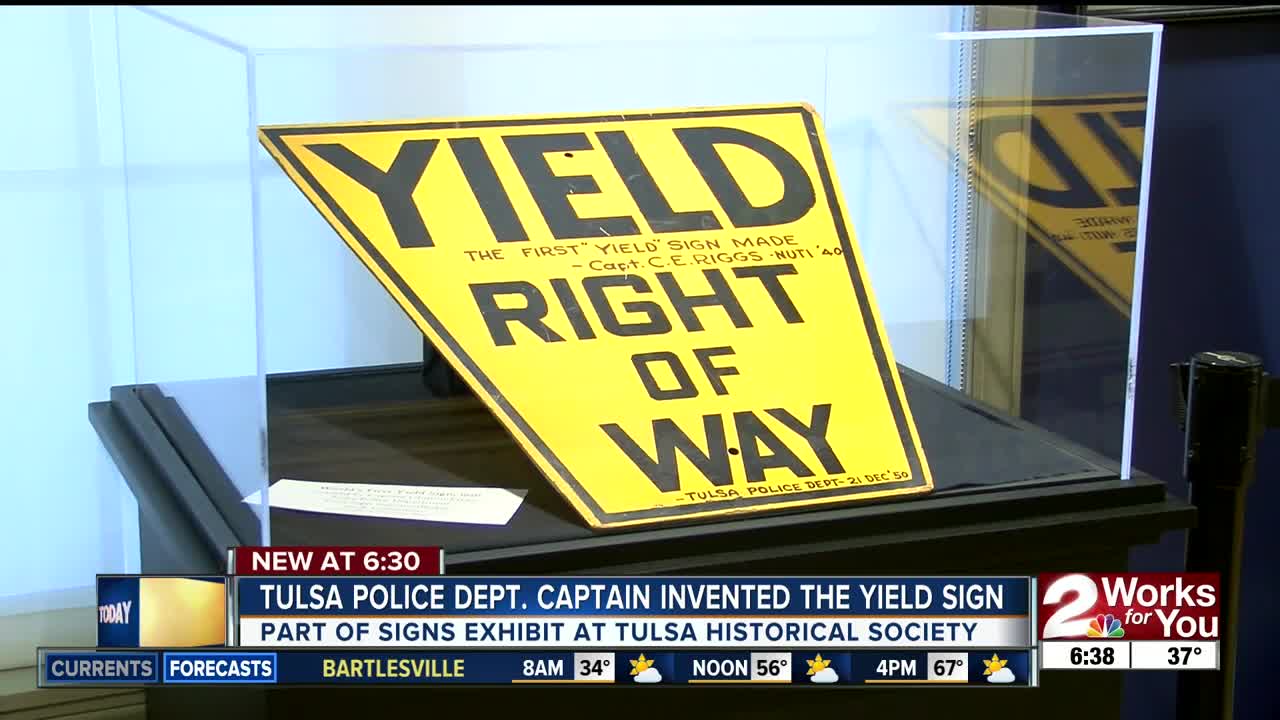 The yield sign was invented by a Tulsa Police captain in 1950.

TULSA — The first yield sign was invented in Tulsa by a police captain.

One of the original signs is on display at the Tulsa Historical Society. Director of Exhibits Maggie Brown says in the 1950s, the intersection of 1st and Columbia was one of the most dangerous intersections in Tulsa.

Drivers in 1950 were confused about the right-of-way law and who was supposed to yield at an intersection. So, Capt. Clinton Riggs with the Tulsa Police Department came up with the idea of a yield sign.

Brown said, “He had this idea for a sign that would help with a right-of-way issue that happened at lots of intersections that were busy enough that there were a number of accidents but not busy enough to need stop signs or stop lights.”

Brown says the police department at the time did not think the new sign would work, so Riggs unofficially installed it at First and Columbia to test it out. The sign actually worked and drivers liked it.

Brown explained, “It’s a little bit different from what yield signs look like today. It’s a different shape, it’s a keystone shape instead of a triangle. It’s also a different color. Apparently, in the early years, yellow was a sign that showed up better at night because reflective materials for signs had not yet been invented.”

The original yield sign and many other vintage Tulsa signs will be on display at the Tulsa Historical Society until December.