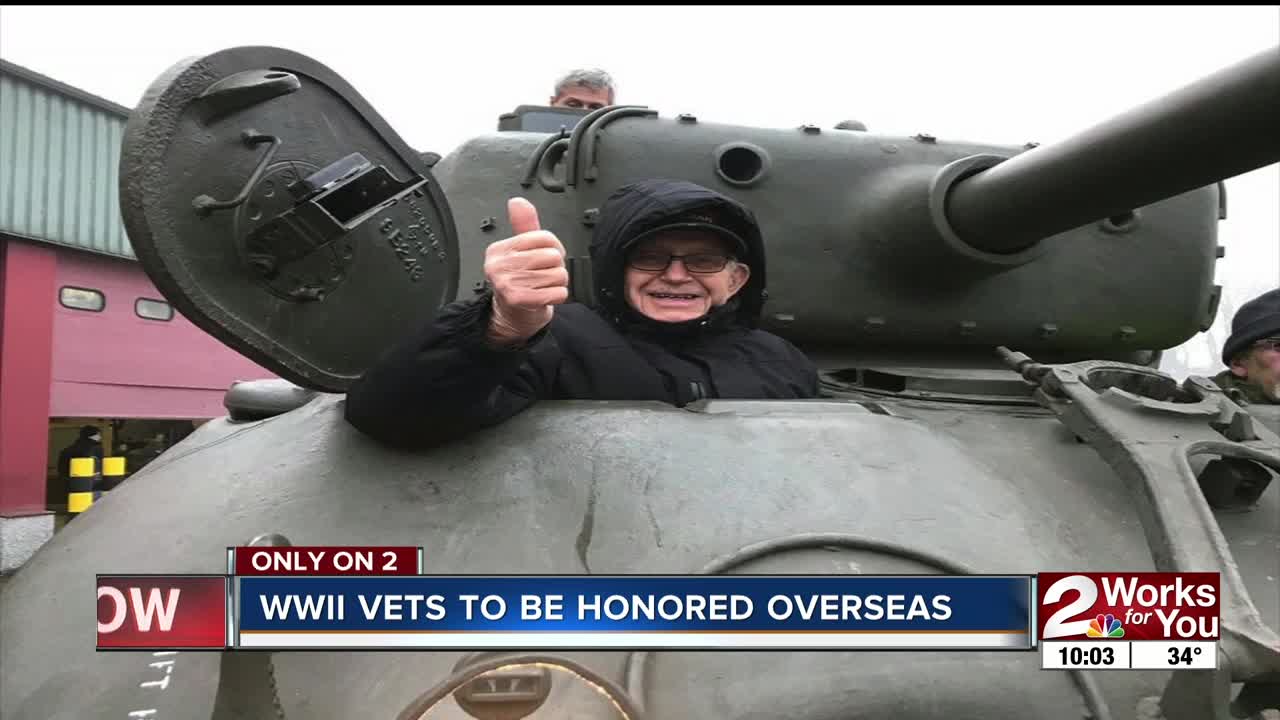 TULSA, Okla. — Our oldest veterans are remembered fondly, not just here in the United States, but also in the countries they fought to free. This week, World War II veterans from across the U.S. will gather in Belgium to be honored for their service 75 years ago.

Frank Riesinger is one of the 35 veterans making the trip, jumping at the opportunity when Lt. Col. Peter Plank asked if he would join the group Plank was heading.

"This was my chance, and I'm thrilled to be going," Riesinger said. "I went down, got a passport, paid the extra to get it quickly, so I'm ready to go."

The vets are heading to Bastogne on December 11. They will arrive just five days before the anniversary of the beginning of the Battle of the Bulge - one of the deadliest conflicts in American military history.

December 16 will mark 75 years since the beginning of the month-long battle that claimed 20,000 American lives.

Riesinger didn't fight in the battle, but as he travels back he carries on his shoulders the memories of those who did - especially the ones who never made it home.

"They're treated like rock stars," said Plank about the vets in Bastogne. "You can't buy a thing. You go into a restaurant, and without exception the owner of the restaurant comes over and says to these men, 'you paid for this meal in 1944, I can't charge you for it.'"

Plank has been organizing the trip for veterans since 2004. He says it's special because for them, it's an opportunity they wouldn't otherwise have.

"A lot of times it's closure," Plank said." Some of them have never been back since the war, and a lot of them have buddies who are buried at the American cemeteries."

The veterans will be honored by the king and queen of Belgium, and stay with local families whose grandparents these veterans fought to liberate. They will also get the opportunity to go to Luxembourg to see General Patton's grave, and the resting place for 5,073 American soldiers.