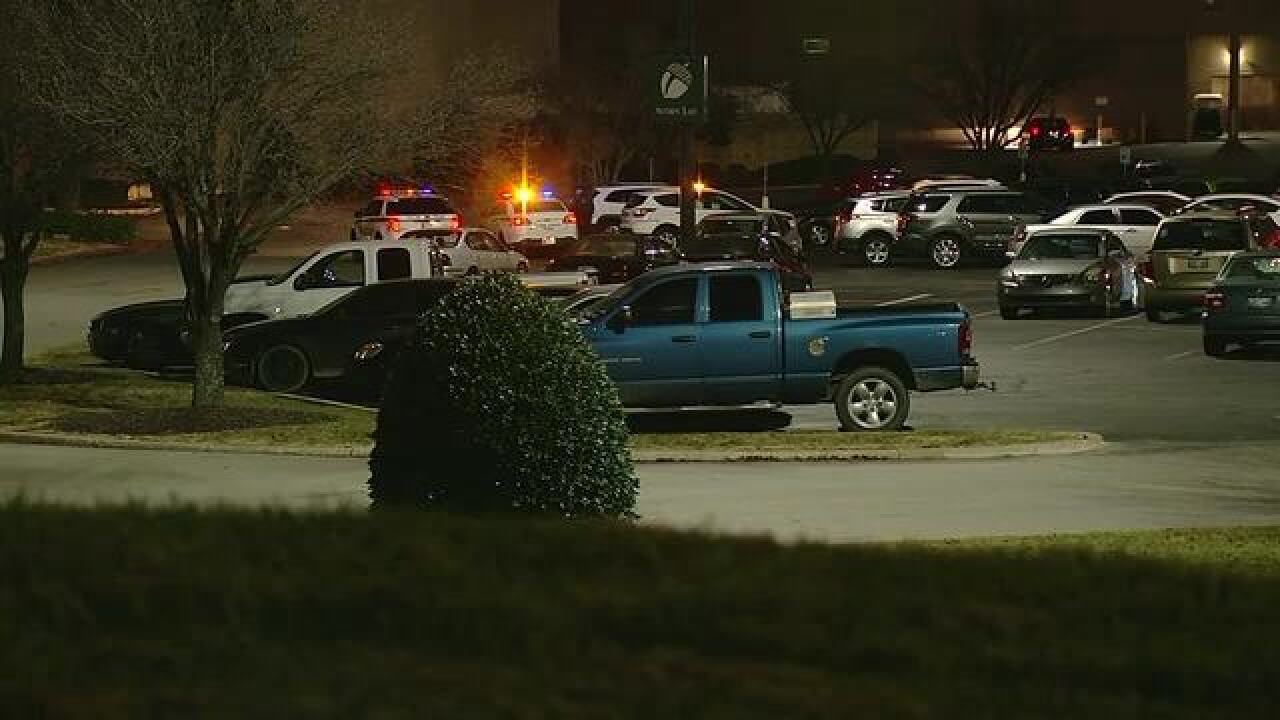 It all started with a disturbance in the mall about 8 p.m., and three young men were escorted out by security, according to TPD Sgt. Mark Watson.

Once outside, the boys split up, so security continued to keep an eye on them in the parking lot. Watson said one of the officers drove his vehicle around to a berm along 71st Street where one of the teens was standing. That's when he pulled out a gun and fired three or four rounds at the guard, hitting only his vehicle, Watson said.

Police said they are searching for a suspect - who is described as between the ages of 16 to 18-years-old and was last seen wearing a light colored hooded sweatshirt and blue jeans.