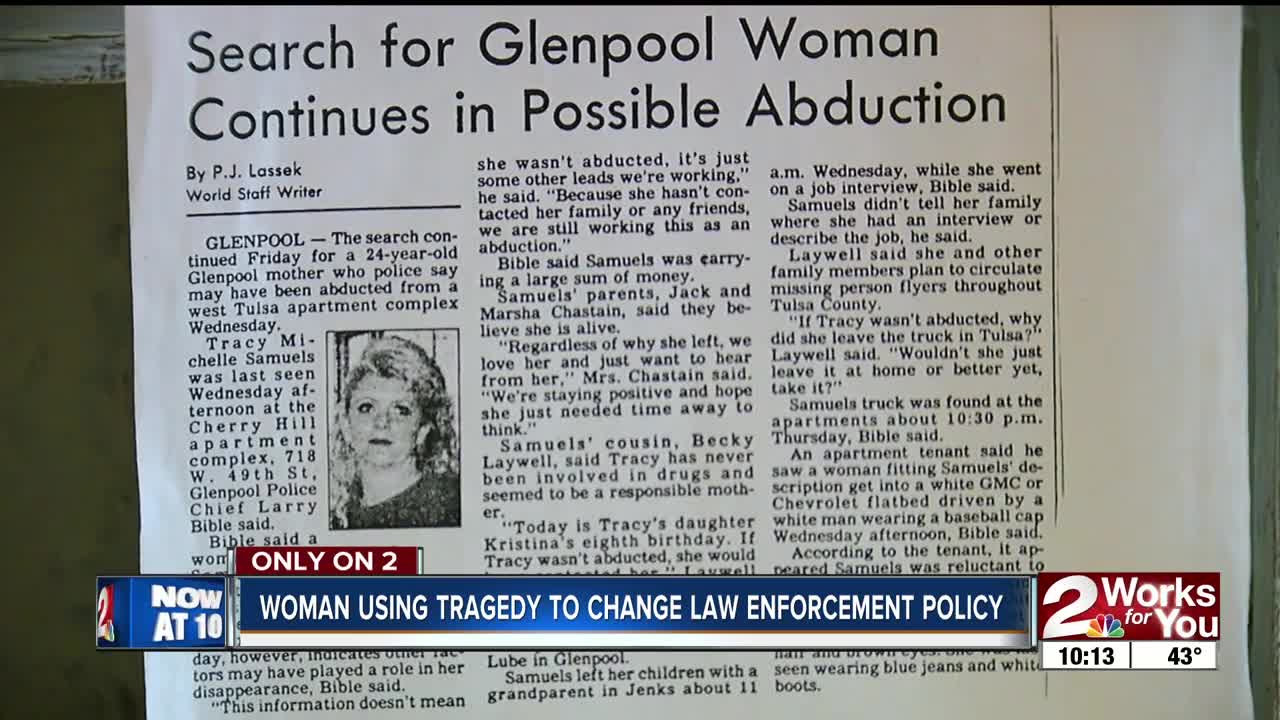 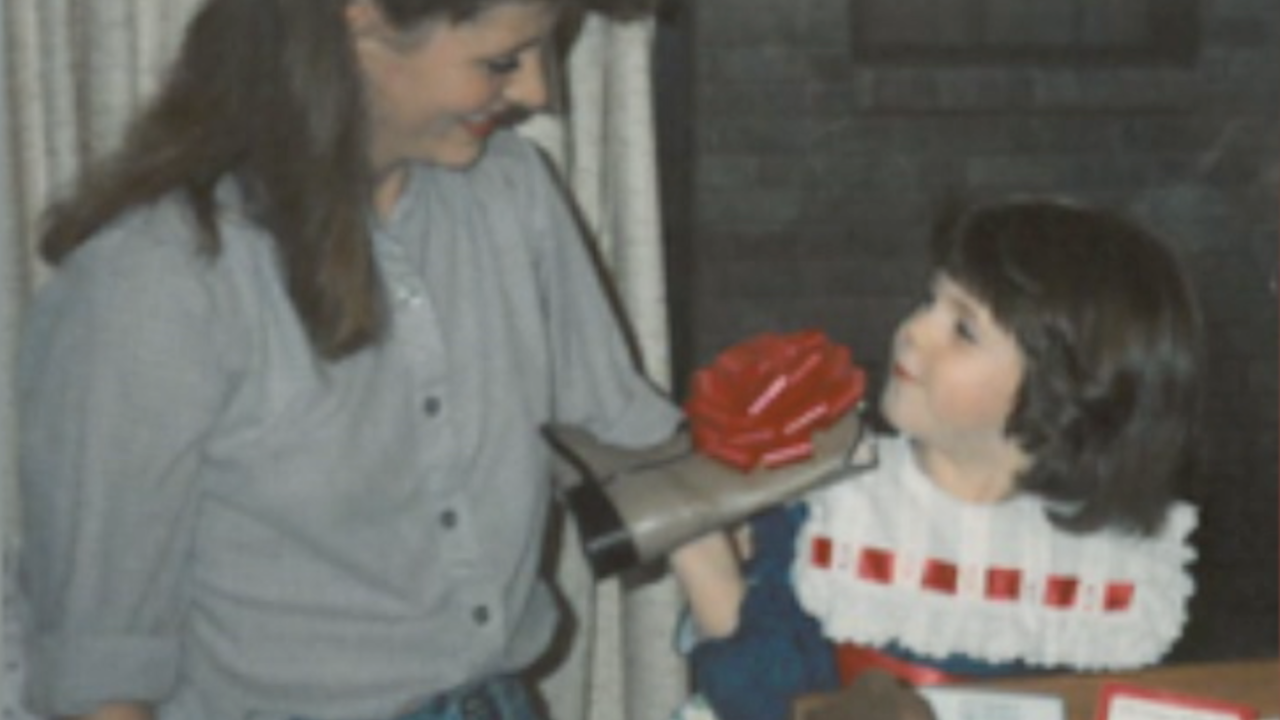 "I just will never accept the fact that she vanished into thin air," said Kristina Ritzhaupt, the daughter of Tracy Samuels.

Tracy Samuels disappeared 26 years ago. Police say she told her mother she was going to a job interview. Witnesses say Tracy parked her truck at the then Cherry Hill apartments, and got into a white pickup with a man. She never was seen again.

"It’s really important to me to create a positive legacy for her and make this tragedy matter," Ritzhaupt said.

Her daughter Kristina, who was 8 years old at the time, works with Tulsa Cold Case Detective Eddie Majors. He passes out playing cards in prisons with OSBI and Tulsa cold case information on them, in hopes of someone knowing even the most minor details.

"They would drop some leads where either they would phone in with information on the case or they’d reach out to someone on the outside," said Det. Majors.

While learning about these cold cases, Kristina noticed a pattern.

"Most of these cases that involve a missing adult also involve an abandoned vehicle," Ritzhaupt said.

Tracy’s vehicle was never processed. The thought that something inside the car could’ve helped with the investigation haunts Kristina to this day.

"It contaminates the crime scene so to speak, if they have it towed someone has to move it," Det. Majors said.

Kristina says while it’s a daunting task to make a major change with law enforcement policy, she wants to help prevent another family from going through a similar tragedy.

"You could be sitting exactly where the victim’s families are sitting every day, and you’d want someone to talk," Majors said.

If family members want information on their loved one's unsolved homicide case to be featured on the OSBI deck of cards, you can contact the Tulsa Homicide Unit at (918) 596-9135.