Woman accused in fast-food murder to appear in court today 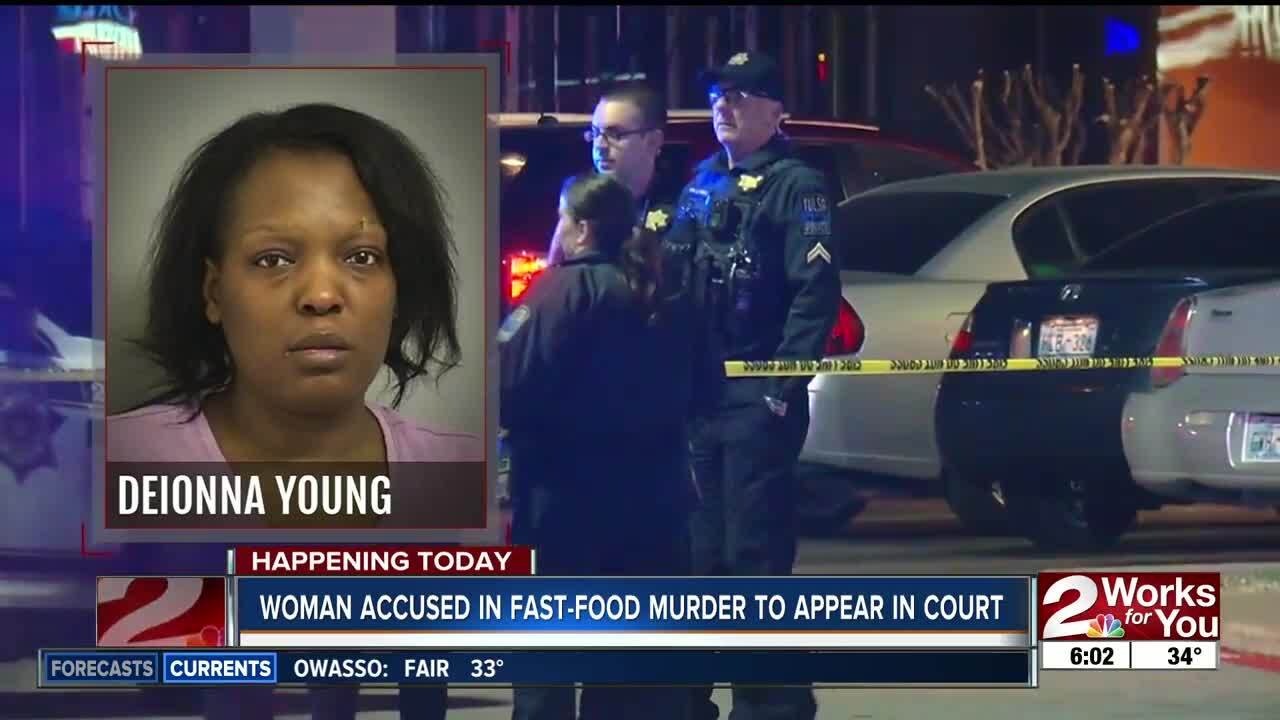 TULSA — A woman accused of killing a man during an argument outside a fast-food restaurant is set to appear in court today.

Police say Young was a manager there, and Tallent had spit on her during an argument.

She then followed him to the parking lot and shot him, officers say.