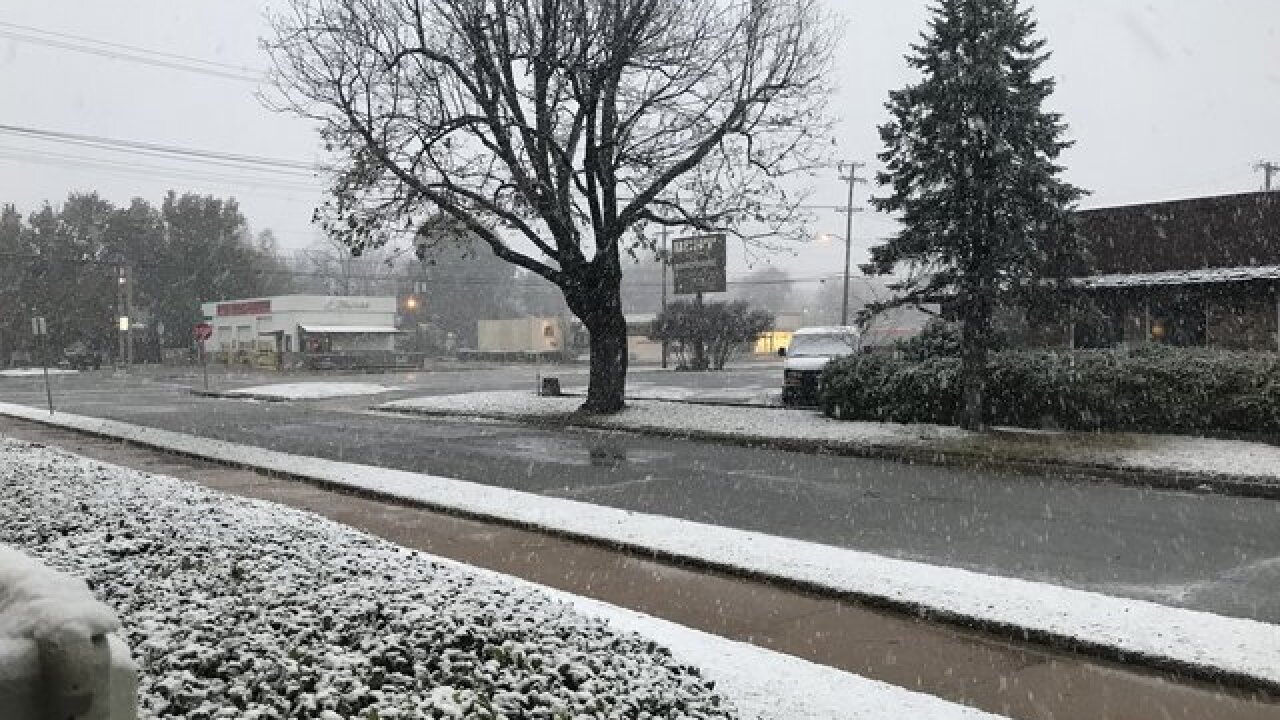 OKLAHOMA CITY (AP) -- An early season winter storm has dumped up to 7 inches of snow in the Texas Panhandle and lesser amounts in the western half of Oklahoma as it moves toward Arkansas.

Meteorologist John Cockrell with the National Weather Service in Amarillo said Monday that the heaviest snowfall was reported around Amarillo.

No injuries or significant damage are reported as the system moved across the region. The weather service says are snow-packed, but no road closings are reported.

Snow accumulation of 2 1/2 inches were recorded in Boise City and 2 inches in Guymon, both in the Oklahoma Panhandle, with 1-2 inches reported in western Oklahoma.

The system extended as far east as Oklahoma City where 1-2 inches of snow is possible before the system moves into northwest Arkansas where amounts of up to 2 inches are forecast.