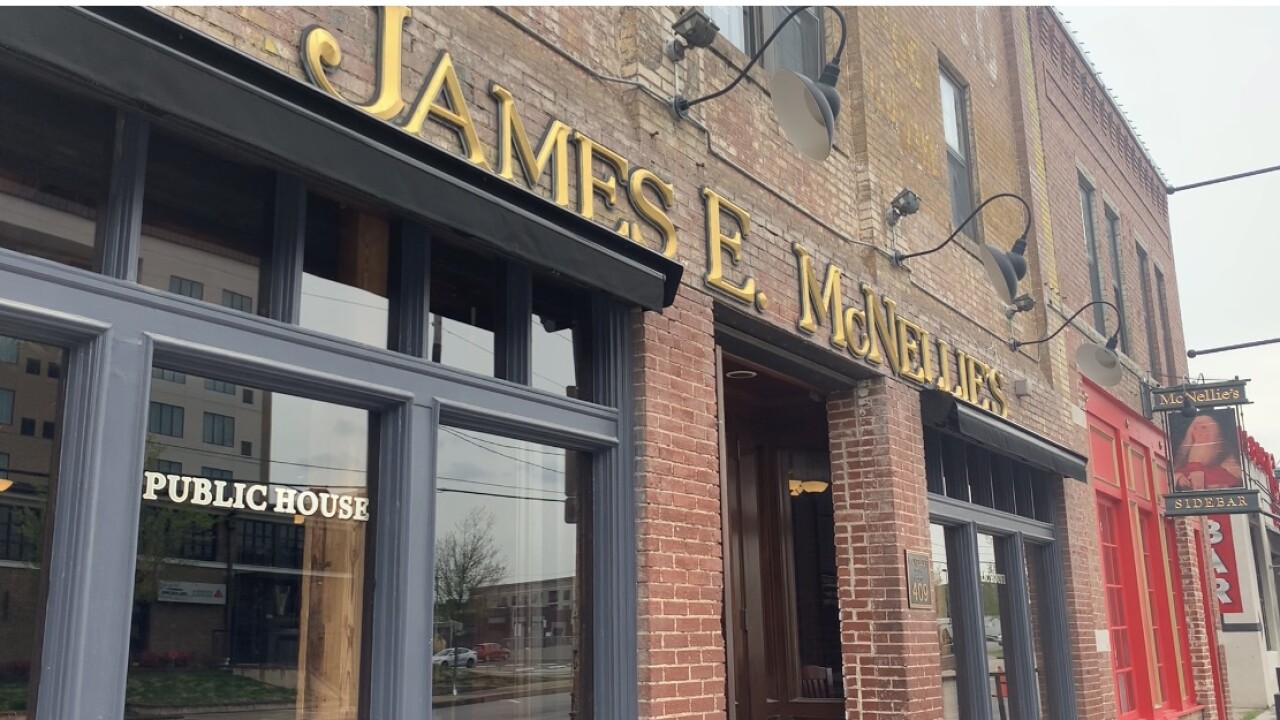 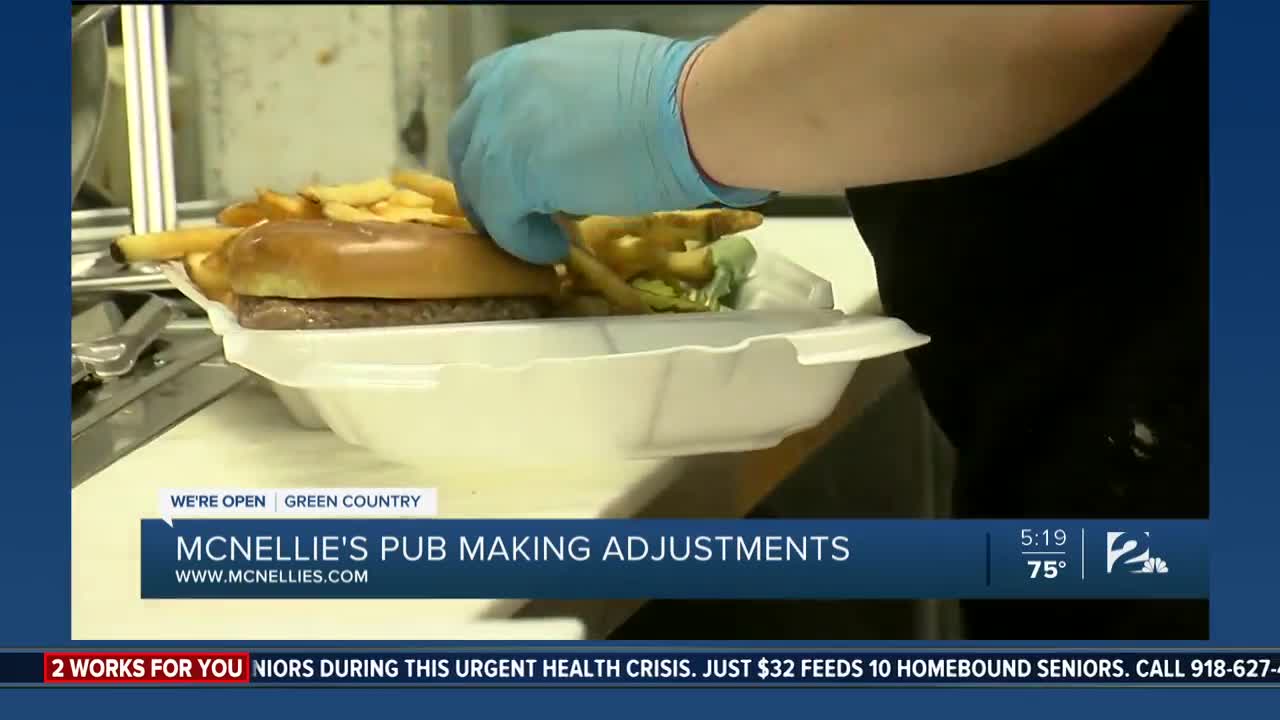 TULSA, Okla. — The restaurant business is getting hit hard right now. They're working to make sure they stay afloat whenever the pandemic is over.

“It’s really, really weird," said Scott Sipes, general manager of McNellie's Downtown. "This place is quiet. I mean, it’s not a lot of fun running a restaurant like this.”

McNellie’s Downtown is one of 20 local restaurants owned by the McNellie’s Group. It’s one of eight of their restaurants still open and taking orders. Others also open include McNellies South City, Yokozuna Downtown and Yokozuna on Yale Ave., Dilly Diner, The Tavern, Fassler's Hall and Elgin Park. Founder and CEO Elliot Nelson says the company had to lay off 90 percent of its employees.

“We can’t do enough volume to even begin to pay our rents or mortgages or anything else," Nelson said. "So, right now, we’re just trying to generate enough income to pay people’s salaries so we can keep as many people employed as possible.”

McNellie’s is taking extra precautions with its already strict cleaning rules. Employees are getting their temperature taken when they walk in the door. They're also constantly sanitizing and washing their hands and are wearing gloves. They're also sanitizing pens, clipboards and other surfaces after each use.

“It’s just making sure that I’m, you know, constantly vigilant about if I touch something, you know, washing my hands," Sipes said. "That’s why I glove up a lot even when I’m handing food out. We're doing gloves and stuff just because there’s that in the back of your mind, you know, concern.”

They are taking to-go and delivery orders. They have also seen an outpouring of support from the community.

“People have come and gotten dinner, lunch, companies will come in, fire stations will come and order from us. It’s been great," Sipes said.

But that support is still not enough. So, they’re working with state and local officials to come up with a long-term plan to help their restaurants and others in the community.

“McNellie’s Group reopens our 10 restaurants downtown, but [if] Amelia’s and Hodges Bend and Valkyrie and Juniper aren’t there anymore, that’s bad for us. It’s bad for the community," Nelson said.

They're encouraging the community to call their local legislators and voice their support for local restaurants.