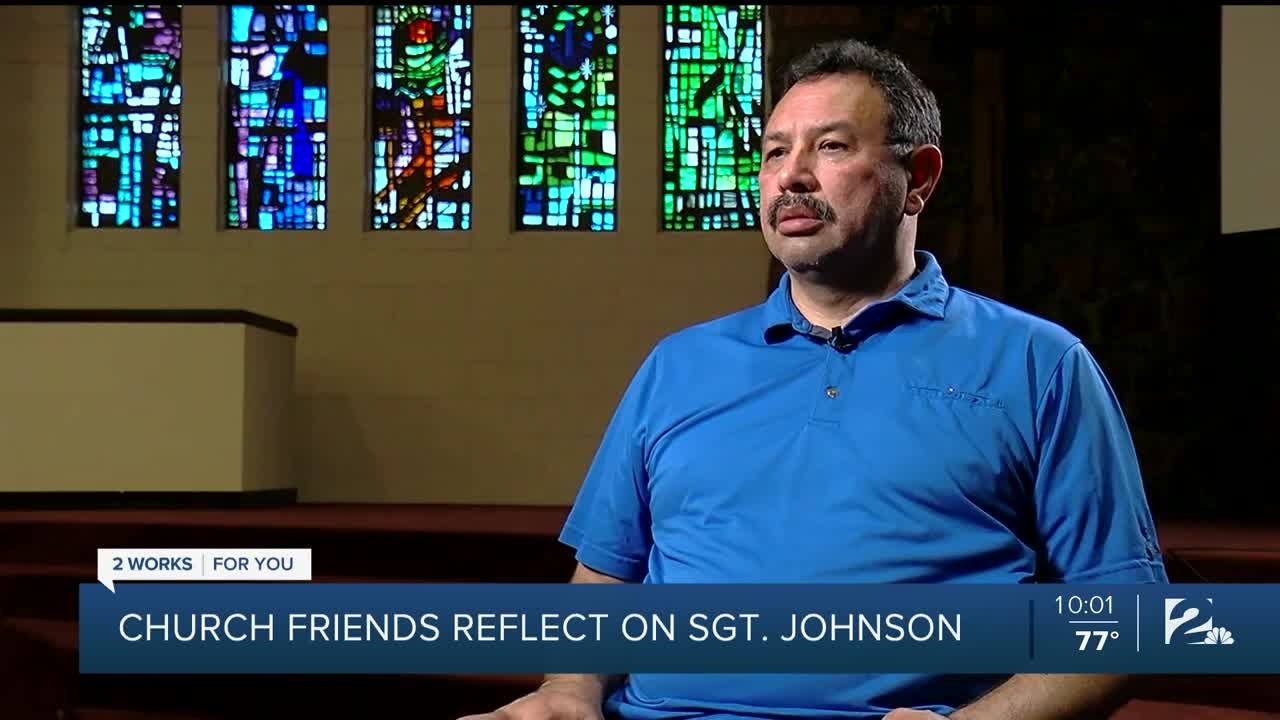 TULSA, Okla. — A family man, friendly, easy to talk with, calm. Those are all words church friends use to describe the man who gave 15 years of service.

Rodriguez is part of the Hispanic American Pastors International (HAPI) organization. They hold a march for Jesus every year. Sgt. Craig Johnson made the past two memorable.

John Pena, president of HAPI, said, “He’s supposed to lead the traffic in his car, but he decided to walk with us.”

Sgt. Johnson marched with a group of children at last year’s march, but that’s not all they remember.

“In that march, it was a lady that was getting very tired because we walk two miles,” Pena said. “She was in her sixties and he called the ambulance himself and he took her to the ambulance. I mean that shows a lot of kindness.”

Rodriguez said, “He was completely committed to the betterment of the community around him and he was very much a family man also. So, we’ll be missing him a lot.”

Sgt. Johnson was graveyard shift supervisor at the Mingo Valley division of the Tulsa Police Department.

Officer Aurash Zarkeshan is new and only had patrolled six weeks when he pulled David Ware over at 21st and Mingo. Sgt. Johnson was back up.

Court documents show Ware did not have an identification on him, was driving a car with an expired paper tag and unpaid state taxes.

After struggling to get Ware out of the car, both officers were shot.

“What I'm hoping we can learn from this and everything else is we can come together,” Rodriguez said. “We can, hopefully, begin to understand that we’re all human.”

They want to keep pushing that message through a prayer vigil Friday night at eight inside Christview Christian Church in Tulsa. The address is 2525 South Garnett Road.

David Ware is due back in court Monday, July 6.