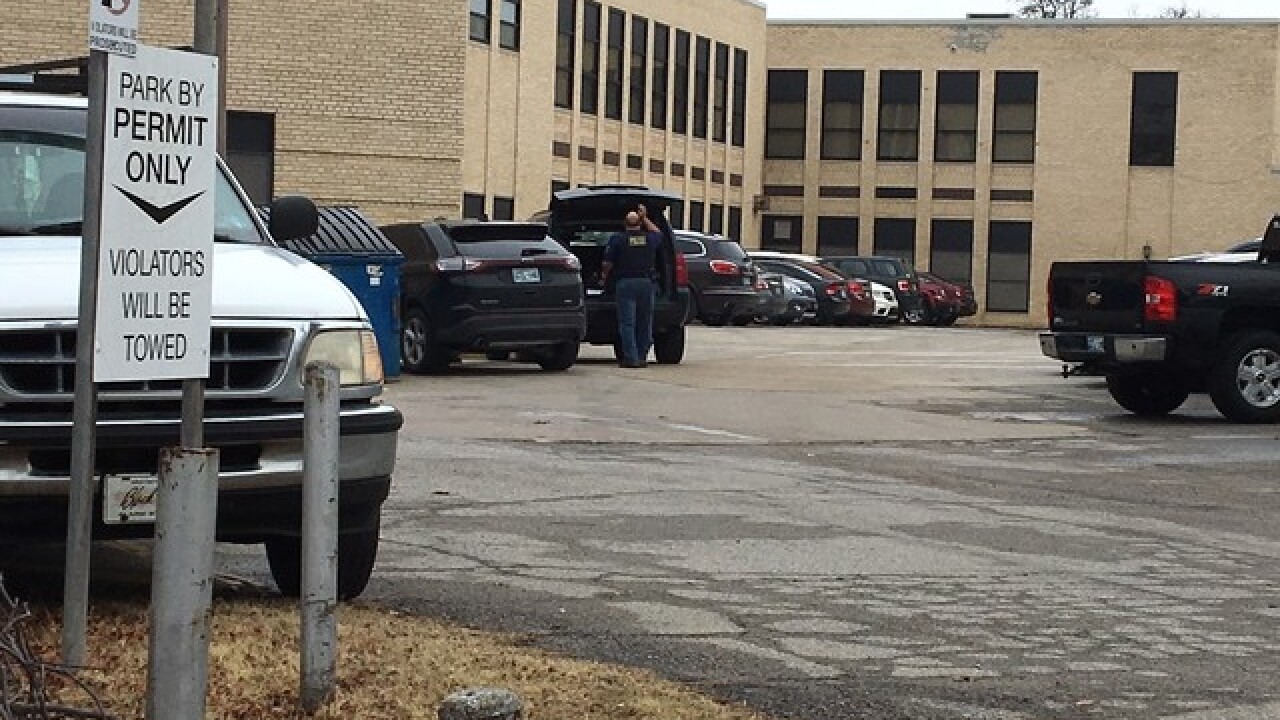 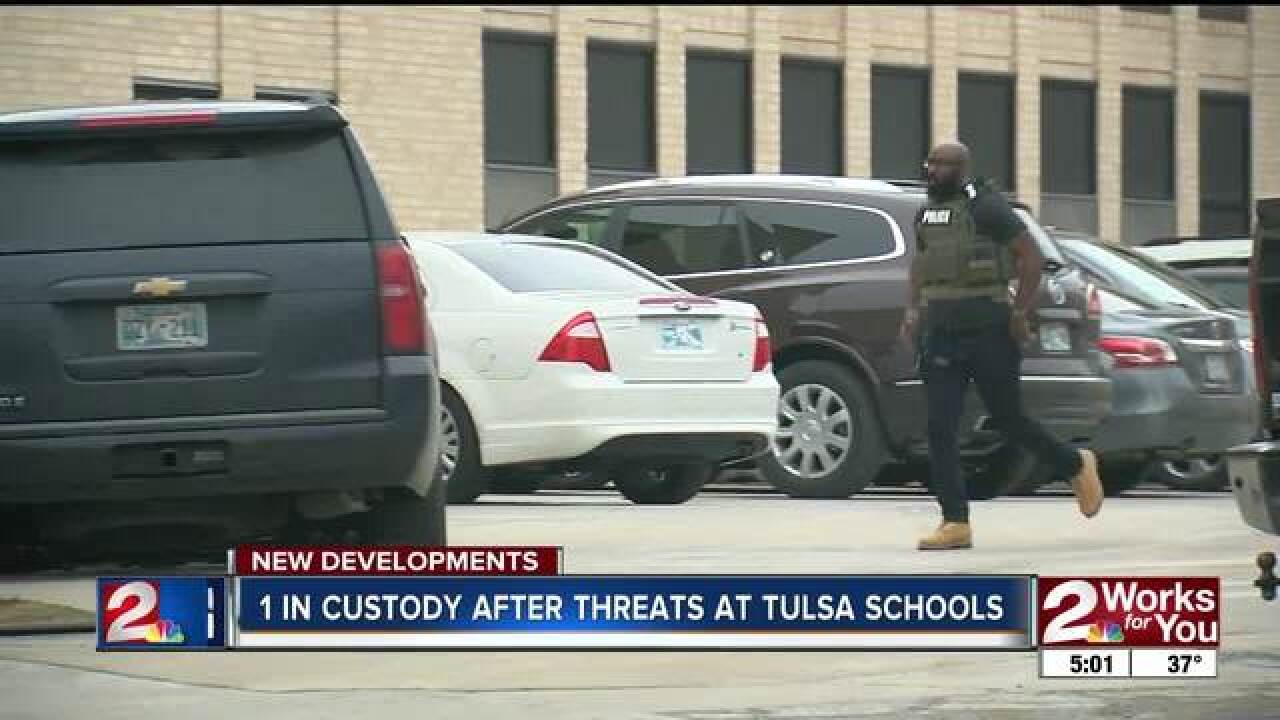 TULSA -- A 14-year-old is in custody after threatening to shoot two Tulsa schools.

The threats came via Snapchat featuring a video of a Webster student holding a gun and saying he will "come hardcore" Thursday at Webster and Will Rogers High Schools.

Students alerted school officials around 10 a.m. who quickly put the schools on lockdown. The lockdowns were lifted just before 11 a.m. on Thursday.

Today, 2/22, at 10:01 am, Tulsa Public School officers were informed of a potential safety threat directed at Webster and Rogers High School. The threat was made via Snapchat and was immediately brought to the attention of school administrators. (The details of the Snapchat threat are not available at this time). As chance would have it, when the threat came to the attention of TPS officers, TPS Chief Mathias Wicks was visiting with a local FBI agent in his office. The incident was quickly brought to the attention of the Tulsa Police Department and the creator of the Snapchat threat was soon located and arrested.

The suspect, who is coopering with the investigation,  is a 14 year old male student from Webster. He is being charged with Threatening a Violent Act, a State Felony.

Tulsa Public Schools officials say that all students are safe.

2 Works For You has a crew on scene and will bring you the latest as we learn it.