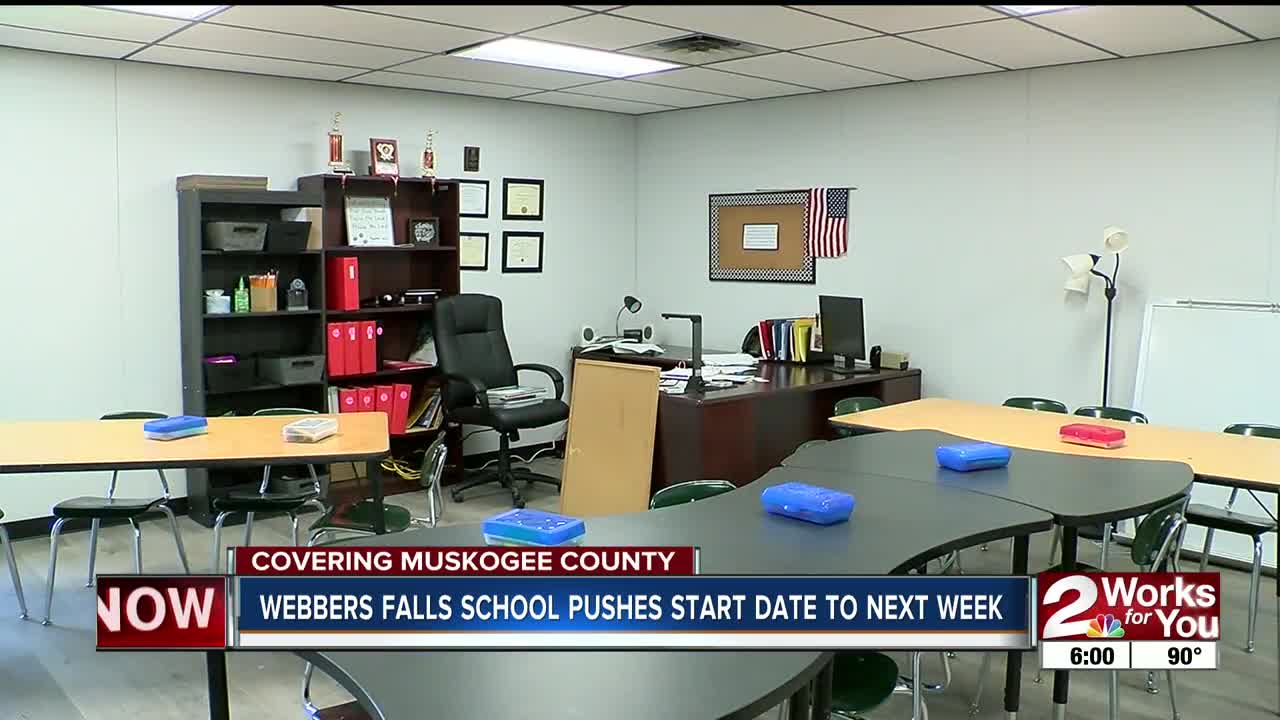 WEBBERS FALLS, Okla. — The Webbers Falls school district is starting a month later than usual because of damage from the May flood.

"Everything was ruined and you just wanted to cry," said Susan Calvert, a para-professional for Webbers Falls Schools.

Webbers Falls Public Schools fits kindergarten through 12th grade students in one building, which suffered two feet of water damage from the May flood.

"It was just sludge in here, the whole floor, you had trouble walking you couldn’t even walk on it, it was so slick," said Calvert.

The district received $500,000 from FEMA, but the superintendent says they still need another $150,000 for repairs and replacements.

"Everything we thought we had salvaged, it’s pretty much ruined," said Dixie Swearingen, Superintendent for Webbers Falls Public Schools.

One of the most costly supplies damaged was the smart boards.

"We had those in storage and in this Oklahoma heat, they ended up warping," said Swearingen.

Teachers worked throughout the summer and on Labor day, making the building and their classrooms look completely different.

"They had to set their classroom up from zero, from nothing," said Swearingen.

Administrators hoped to start school September 3rd, but with crews still installing doors in the bathroom, missing door knobs, and awaiting an inspection from the Fire Marshal, they decided to hold off another week.

"We just want to make it the best we can for our kids and I’m really excited about coming back," said Calvert.

Officials say they would be in even worse shape, if it wasn't for the donations of furniture, books, and lockers.

"Had it not been for the graciousness of the people in the state of Oklahoma and around the country, donating all those things, there’s no way we could’ve put this back together," said Swearingen.

Students are expected to come back on September 9th. They’re going to add 25 minutes in the beginning of the day to make up for lost time, so school begins at 8:20 a.m.

The district is providing school supplies this year for students, thanks to donations from the community.

You can find a list of supplies the district still needs for the classrooms here.