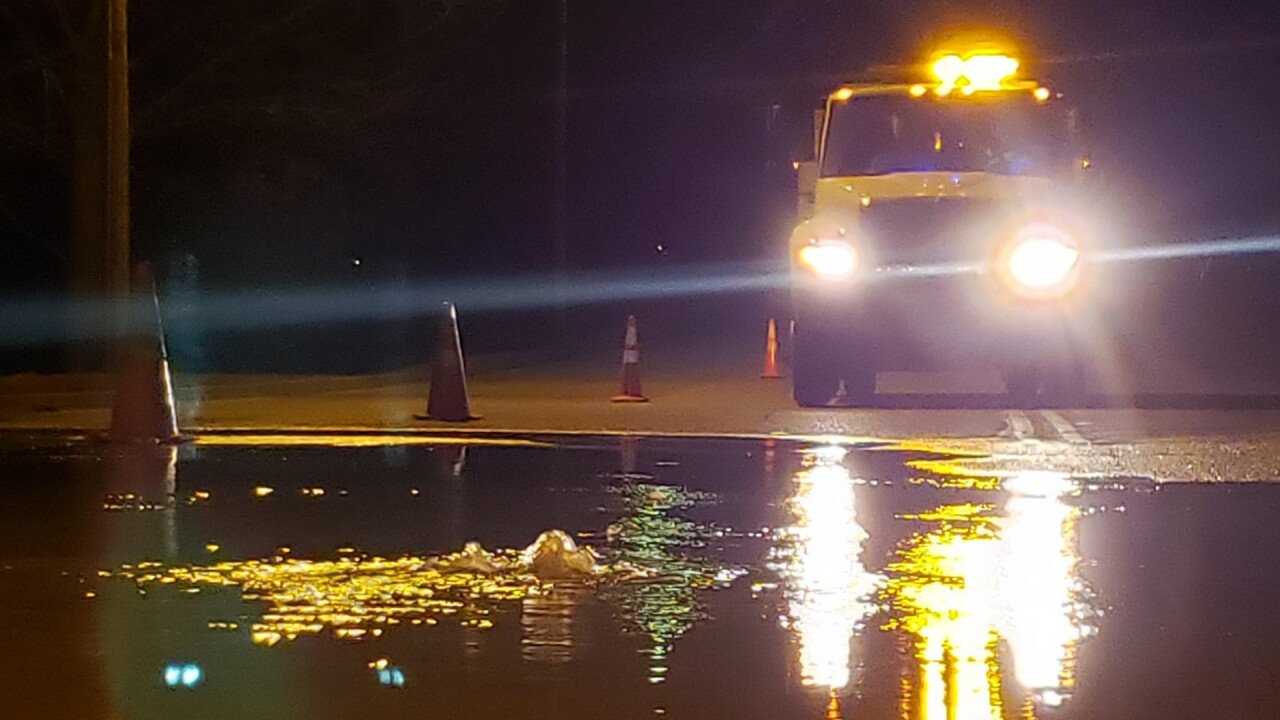 TULSA — City of Tulsa crews are working to repair a water main break in midtown Tulsa.

Crews said they will have to narrow 41st Street near Zunis to two lanes while they repair the road. A timeline of how long traffic will be affected was not immediately given.

Eric Parker, division manager for water distribution for Tulsa, said they have seen about 15 breaks in the last few days. He said that is an above average number for this time of year.

"We hadn't had any breaks for a couple of days and then all of the sudden everything started happening," Parker said.

Fluctuating temperatures are to blame for the breaks.

Parker said a repair on a smaller line, like the one at 41st near Lewis, typically takes between four and six hours. Larger breaks can take a day or longer.

Crews cannot start digging on a water main break for two hours after learning about the problem. Parker said they have to give utility companies, like AT&T and ONG, a window of time to mark their lines.