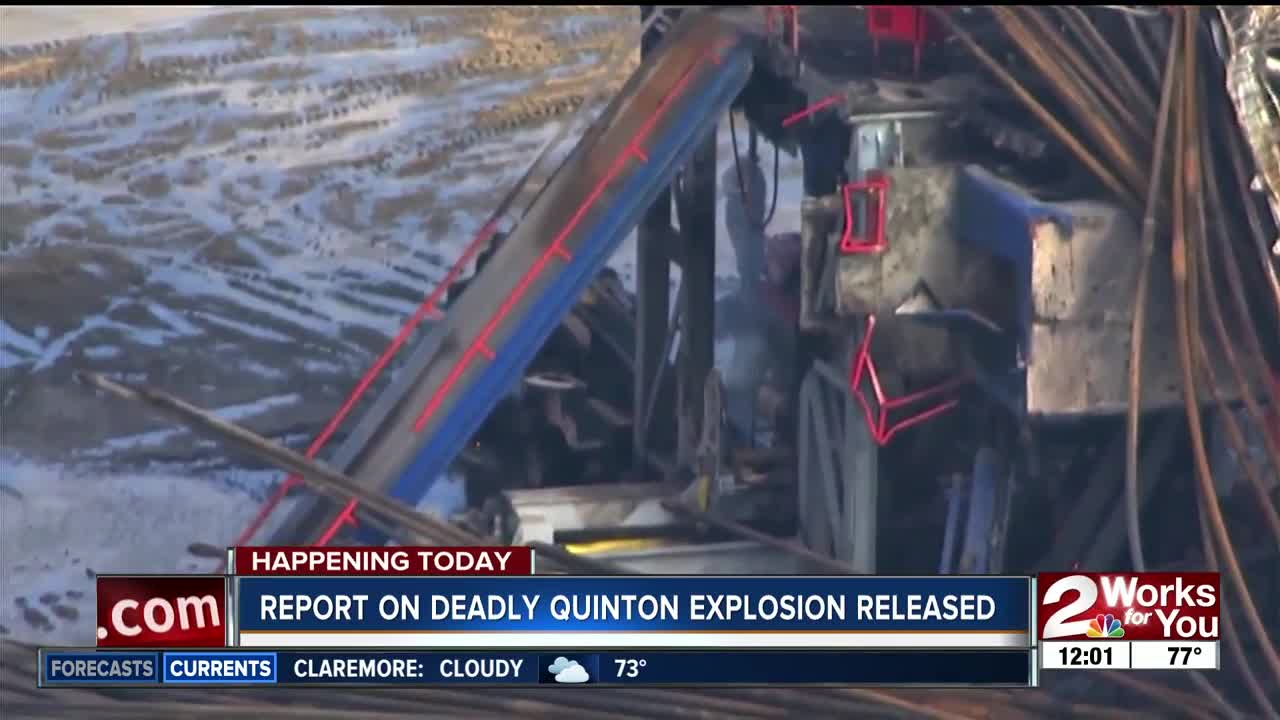 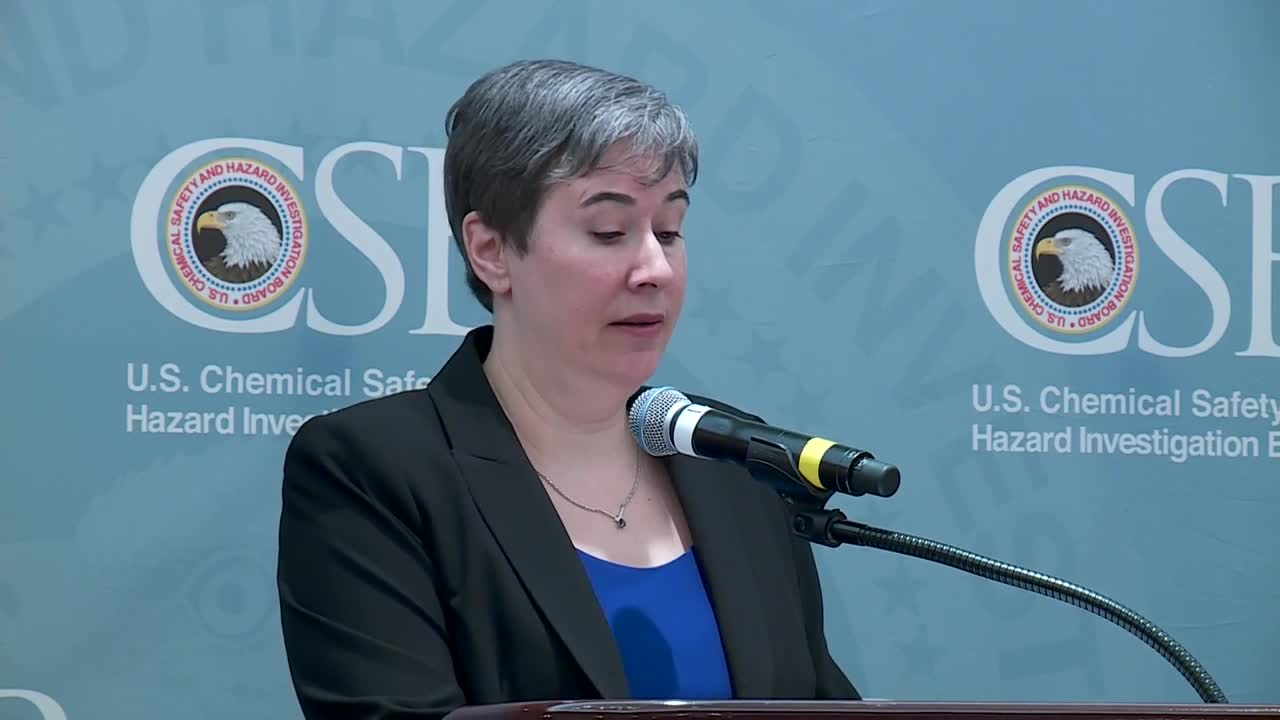 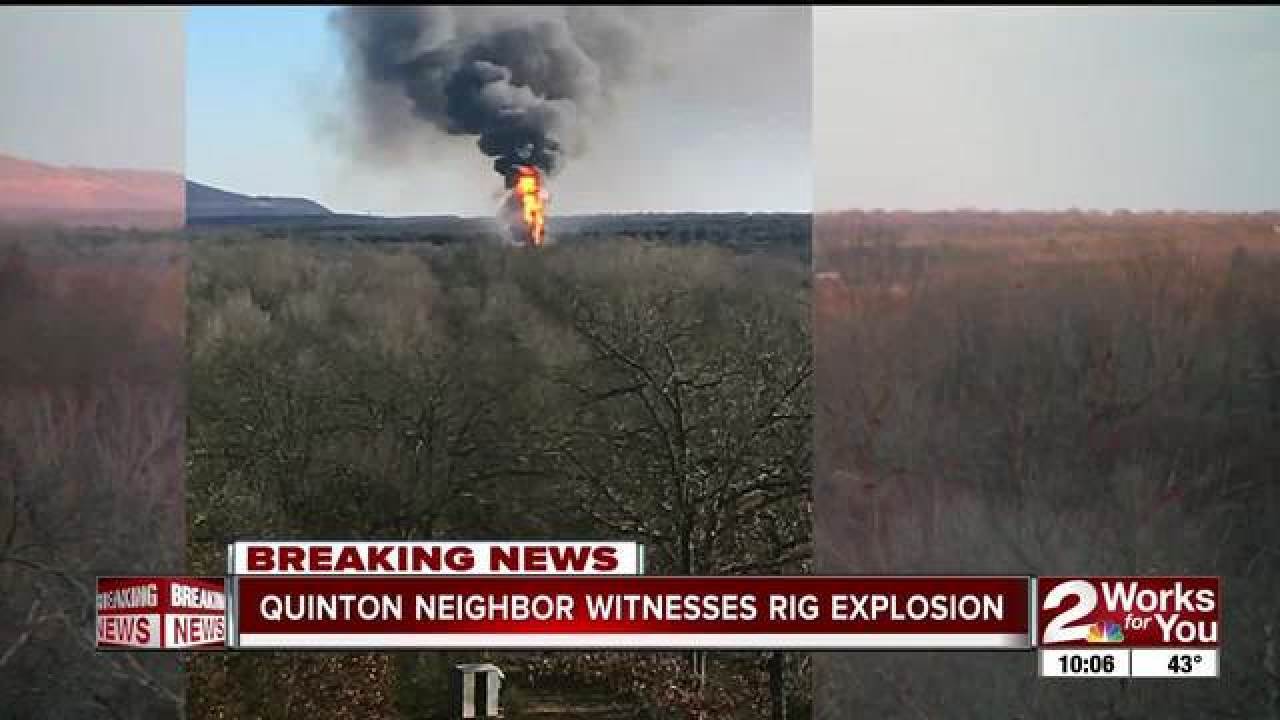 The U.S. Chemical Safety and Hazard Investigation Board or CSB, presented the final report on the deadly rig explosion near Quinton last year that killed five workers.

The investigation report is more than 150 pages long and highlights the key issues from the deadly explosion.

The hope is that the state of Oklahoma will implement the changes, so something like this never happens again.

The CSB is an independent federal agency with a mission to find the root causes of an incident and provide safety recommendations.

They included gaps in safety management, where workers did not conduct a flow check to see if gas had entered the well.

The report also said there was a flaw in the design of the driller’s cabin, which did not allow the workers an escape route once the drilling mud and gas ignited.
Dr. Kulinowski said the well also had several factors that lead to poor primary barriers.

“Our investigation found that both of those barriers failed during a 14 hour period where dangerous conditions were building at the well," said Dr. Kulinowski. "The safety management system was simply not effective and the result was a catastrophic blowout and fire."

Kulinowski said the CSB found minimal federal regulations covering the safety of onshore drilling operations and said drilling companies are governed by a patchwork of laws from each individual state.

Kulinowski said that laws in Oklahoma are not focused on the safety of its workers but on rules to maximize production and eliminate the loss of hydrocarbons.

Patterson-UTI Drilling Company, LLC said they have been fully cooperating with CSB.

While they don’t fully agree with the findings in the report, they said they have already taken proactive measures to prevent something like this from happening again and will evaluate the additional policies and practices from the report.

“Red Mountain is, and will continue to be, committed to transparency and providing safe, responsible operations in the oil and gas industry,” Red Mountain President Tony Say said. “While we respect the work and authority of the U.S. Chemical Safety and Hazard Investigation Board (“CSB”), the findings and opinions rendered in the June 12, 2019, report are inconsistent with the data we submitted, which demonstrate we were acting in accordance with standard industry practice. On the Pryor Trust well, mud weights were kept in a range which maintained well control at all times; this is the case on all Red Mountain wells. The large array of unfortunate human errors identified by the CSB were responsible for this catastrophic event.”

As part of Patterson-UTI Drilling’s continuous safety improvement process, immediately following the accident we began evaluating what policies, procedures and training could be improved, and we have proactively taken measures designed to prevent an accident like this from ever happening again. While Patterson-UTI Drilling does not agree with all of the findings in the report, Patterson-UTI is nevertheless evaluating what additional policies, procedures and training could be implemented to address the key issues raised in the report.

We continue to remember the five men who lost their lives in this accident, and our deepest sympathies remain with their families. While nothing can make up for the tragic loss of life, we have reached mutually agreeable settlements with each of their families. We remain committed to preventing an accident like this from ever happening again."