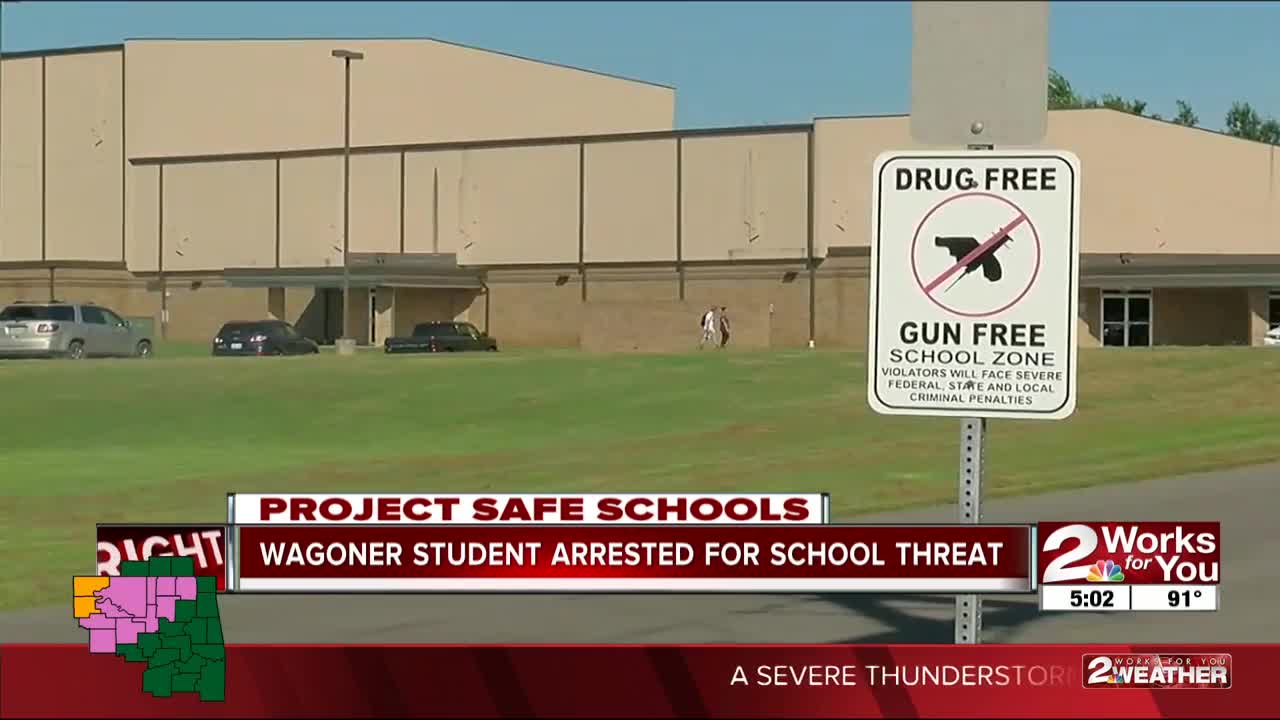 WAGONER, Okla. — A 12-year-old boy is in custody after making threats toward other students.

According to a report from the Wagoner Police Department, a student reported the boy making threats on a school bus Wednesday morning.

The student said the boy was threatening to shoot classmates at Wagoner Middle School.

He was also reported saying that he was pointing at kids, saying they will be the first ones he shoots.

Police visited the boy and his mother at home and arrested him. According to the police report, the boy initially denied making the threats.

However, he then said he did tell another student he was going to shoot them with a shot gun after he was threatened with his family being killed.

The report also says the boy's father has guns in a locked safe and there were no guns found in the boy's bedroom.