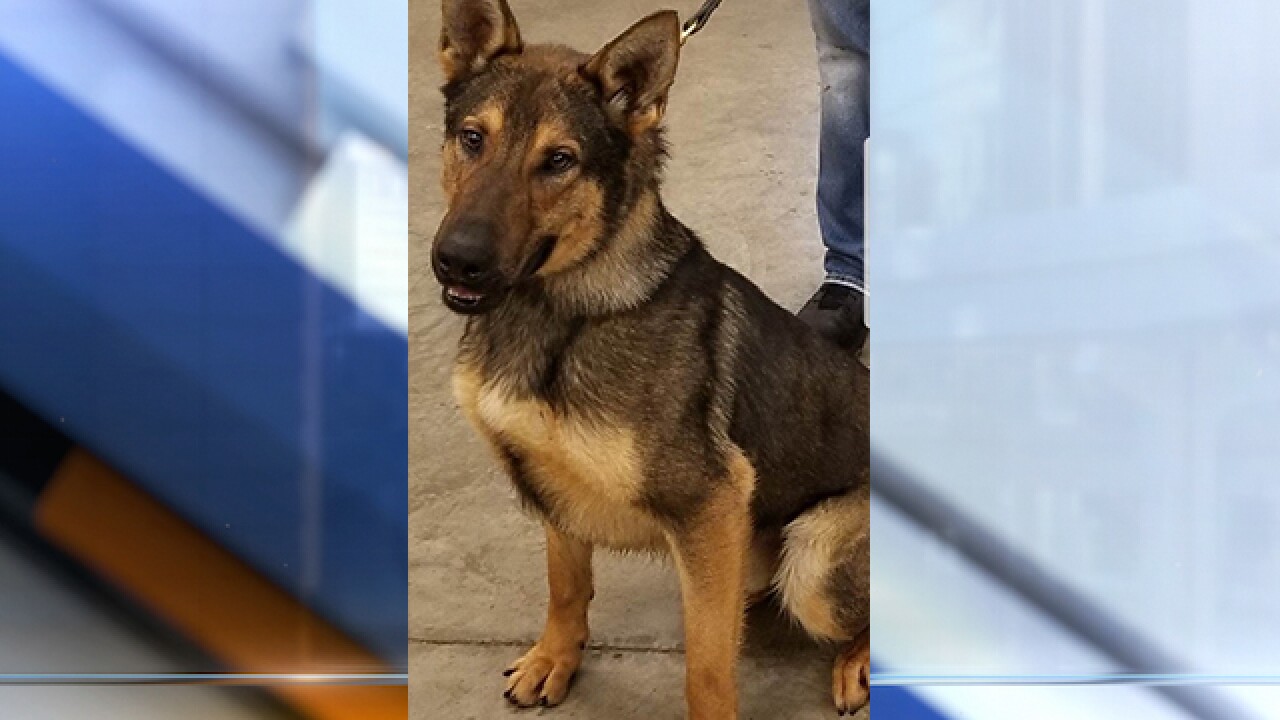 WAGONER COUNTY — The Wagoner County Sheriff's Office says they are adding a new member to their police force - a K-9 named Deputy Ice.

"The new K-9 team will train on a weekly basis towards the goal of being in accordance with nationally recognized Police Working Dog standards," Wagoner Public Information Officer Sgt. Jeff Halfacre said in a statement. "The Wagoner County Sheriff’s Office currently has two K-9’s on patrol and the addition of K-9 Deputy Ice will enhance the capabilities of the Sheriff’s Office. The Wagoner County K-9 Unit also assists with community events and conducts safety sweeps of the schools in Wagoner County as well."