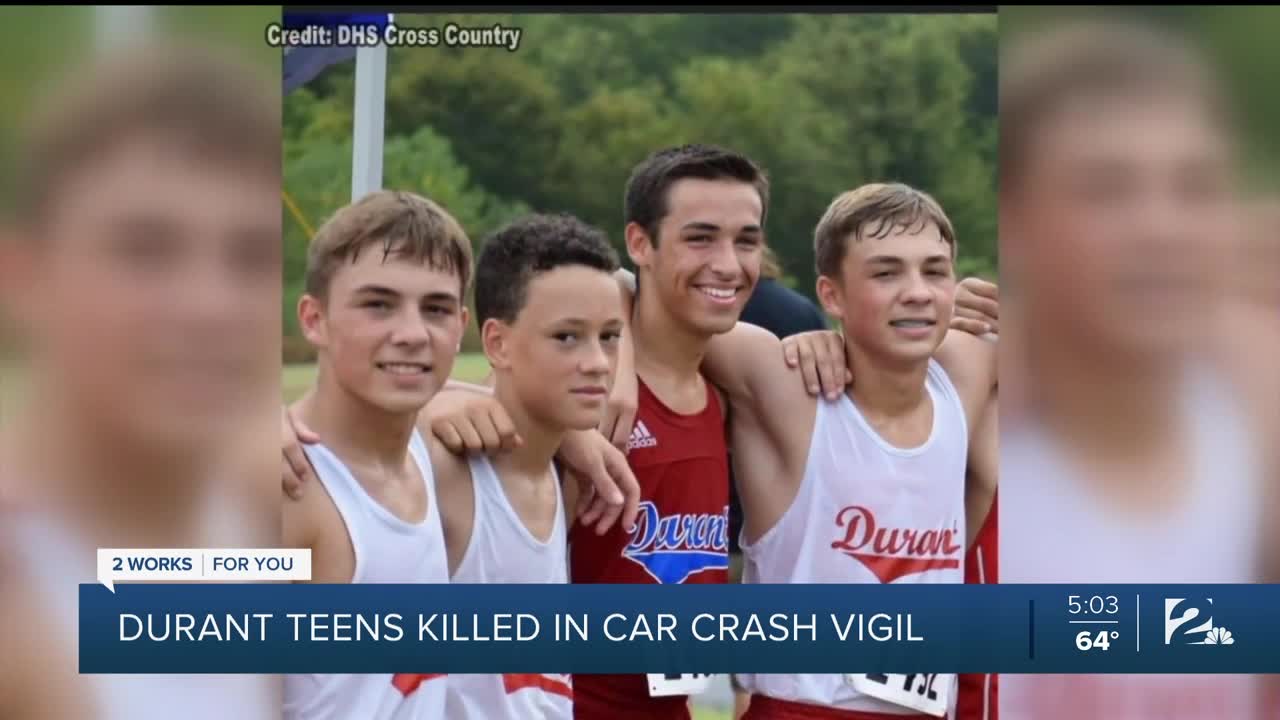 DURANT, Okla. — Dozens of friends and family members gathered for a vigil after four Durant teens were killed, according to KTEN-TV.

According to Oklahoma Highway Patrol, the crash on Radio Road happened around 1 a.m. Monday morning.

Kaleb Foster was killed along with Hunter Ford and Fernando Flores.

The fourth passenger, Jack Sarver, was in critical condition and later passed away, said KTEN-TV.

"I've known Kaleb ever since middle school and we became really good friends freshman year. He was always there for me. You never saw Kaleb without a smile...Never...Ever"

Officials said the driver is in the hospital under evaluation.

They are asking anyone who witnessed the crash or may have video to contact Durant police.

GoFundMe accounts have been setup for the families to help cover funeral and memorial expenses. Here are the campaign links for Ford, Flores and Sarver.