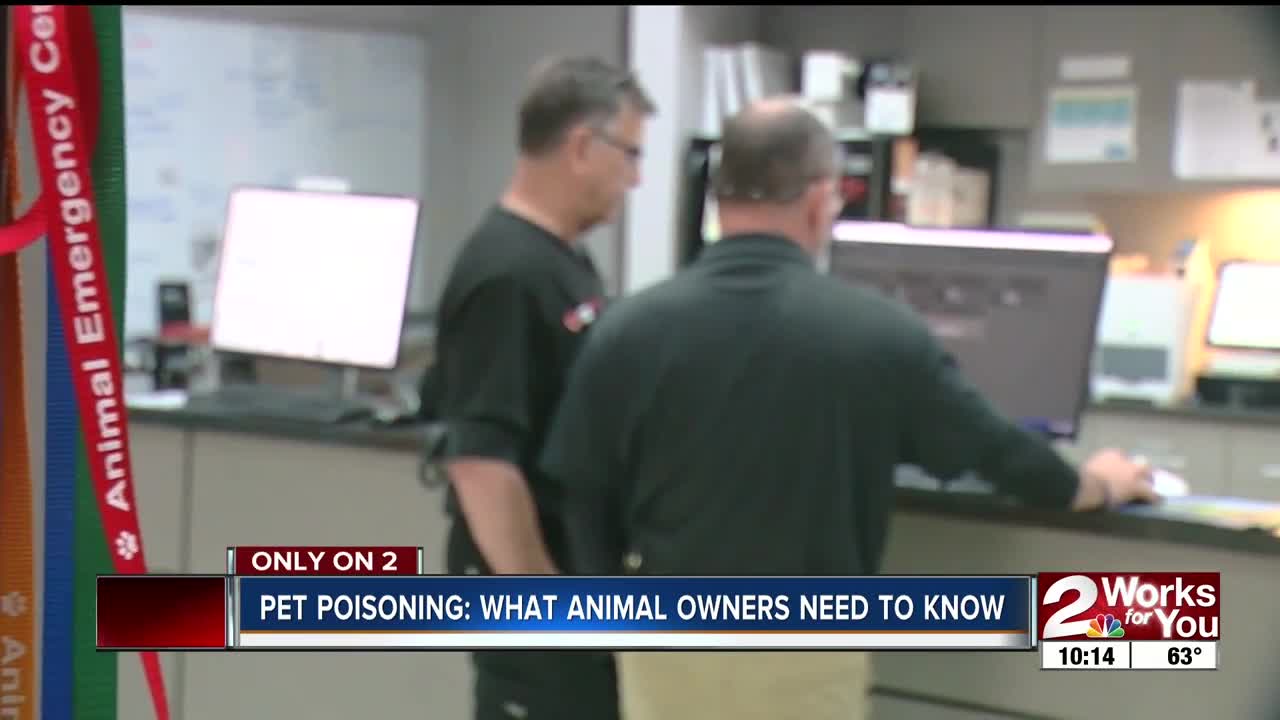 TULSA — The week of Thanksgiving, Shawn Williams put one dog down and woke up to another dead on the porch of her north Tulsa home. Two others suffered from seizures and died over the next two days.

"It wasn't just a light poisoning. It was enough where they all had seizures and they all died," Williams said.

Her vet at Skiatook Animal Clinic believes they were poisoned. Then a neighbor told Williams the cause was likely two men on horseback he saw only a few days earlier.

"He said the one guy jumped. I asked if he got off his horse, he said no, he jumped off his horse and had something rolled up that looked kind of like a meatball something and he tosses it at the dogs and the dogs went over there and gobbled it up," she said.

The dogs roamed the front yard without a fence, but Williams said they never did more than make noise.

"The dogs always barked at everyone but they never attacked anyone. They barked at horses but they never bit a horse, and a horse can pretty much take care of themselves. Trust me, I have horses," Williams said.

Another vet said although malicious poisoning isn't common, these events are more likely in the warmer months.

Vets tell 2 Works for You the most important thing to figure out is what type of toxin your animal consumed. They said the time it takes to determine this can make all the difference.

"If you guess it's the one that causes the bleeding problem and it turns out to be the neurotoxin then you've treated the wrong thing and it's not going to be a good outcome," said Dr. April York with Marina Animal Clinic.

The signs of poisoning are dependent on the toxin. Dr. McNamara said fatalities are most commonly caused by insecticides, human medication, and sugar-free substitutes. You'll first notice pets vomit, suffer bleeding, or in severe cases go into a seizure. But in the last year clinics have also seen a spike in animals affected by marijuana.

"What used to be a relatively safe toxin if you will... we're seeing much more severe signs. Animals are spending two to three days in the hospital and unfortunately we've seen one or two fatalities even," Dr. McNamara said.

Williams referred to her dogs as the "Front Porch Five." Now only one is left, and he's kept inside unless there's supervision.

"They were family. They were like my kids or my babies. When I pulled in the driveway the hardest thing was I would start crying alone because they always came to greet me... and they weren't there," Williams said.

The incident is under investigation by the Tulsa County Sheriff's Office, but neighbors haven't seen the suspects since the fall.