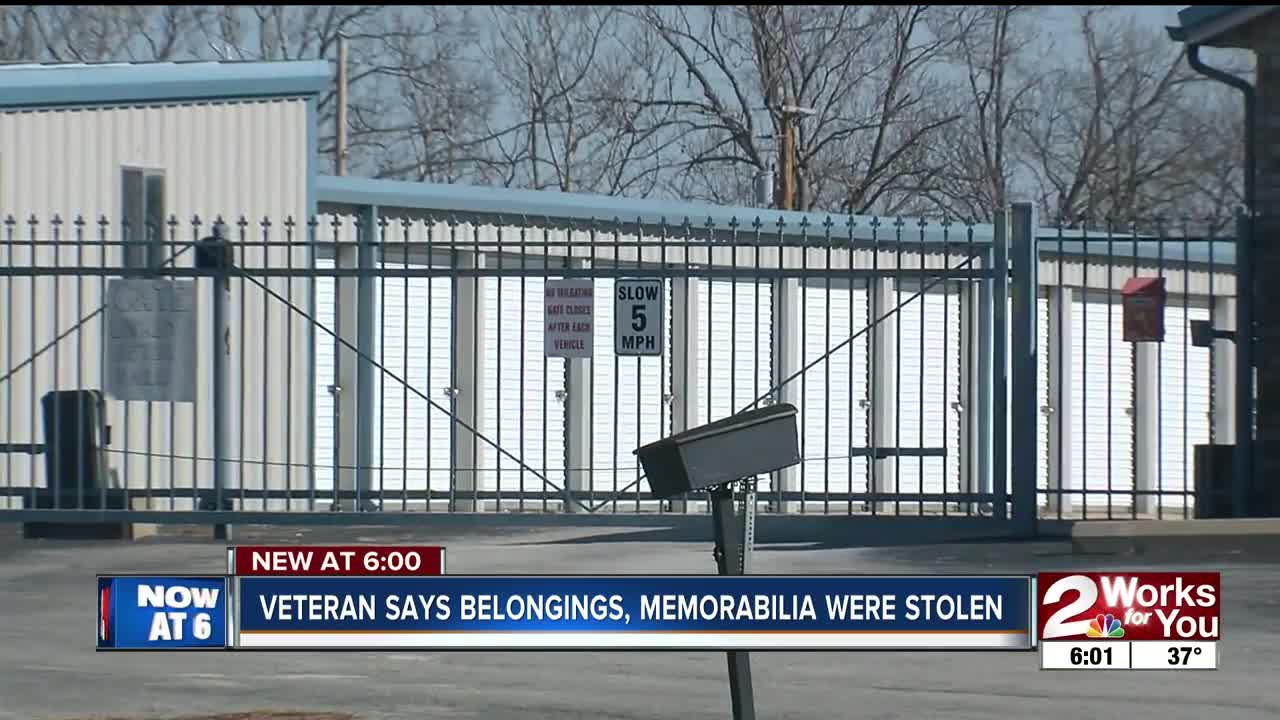 GROVE, Okla. -- A military veteran and his family are forced to start from scratch after their belongings were stolen from a storage unit in Grove.

In 2015 Scott Cloud took a job in Georgia, and decided to put some of his belongings in a storage unit in Grove. He says he moved to Dallas last year and put more furniture, appliances, and personal items inside the storage unit. When he came back to Grove last week, hoping to buy a new house, he found out that his storage unit was empty.

"I wanted to collapse and was like what’s going on, and immediately called the cops," said Cloud.

Cloud believes nearly $70,000 worth of items were stolen from the unit. He says it's not only expensive items like furniture, guns, and TV's, but memorabilia from his service in the military.

"12 years I'll never get back, a lot of those awards, the citations are written and the stuff that’s on the back of it is the stuff you’d like to see," said Cloud.

Cloud says he spent thousands of dollars at Liberty Storage in Grove thinking his belongings would be safe.

"That’s what we were paying for, was the security of our storage there, and what can we say it’s all gone now, somebody needs to be held accountable," said Cloud.

Cloud isn't the only victim. His step-daughter's unit was also ransacked with nearly nothing left inside. He says after posting about his experience on social media, several people have come forward saying their belongings were stolen from the Liberty Storage unit, too.

New owners bought the property on Friday, and they're doing a major sweep of the property.

"Last night they installed all new cameras, they’re working on the key pad today, and hopefully no one else gets broken into but they’re helping us out," said Cloud.

New managers said they're installing new cameras and lights throughout the complex, and locking the gate at night until they reset all of the access codes at the gate.

They said they're checking all of the units that are not locked, and contacting the individuals to let them know their items are inside the unit. They're providing a temporary lock until they claim their items.

Management says they're also comparing the roster of active tenants to the units, to ensure that the right person is looking after the unit.

The new managers say they’re working with police in this active investigation, and they’re also offering a $5,000 reward for any information that leads to an arrest.

"My wife knows that we’ve lost everything, all because somebody thought they were going to get away with something, I hope they don’t get away with it," said Cloud.

The managers say they're changing the name of the business, with the hope of a fresh start.