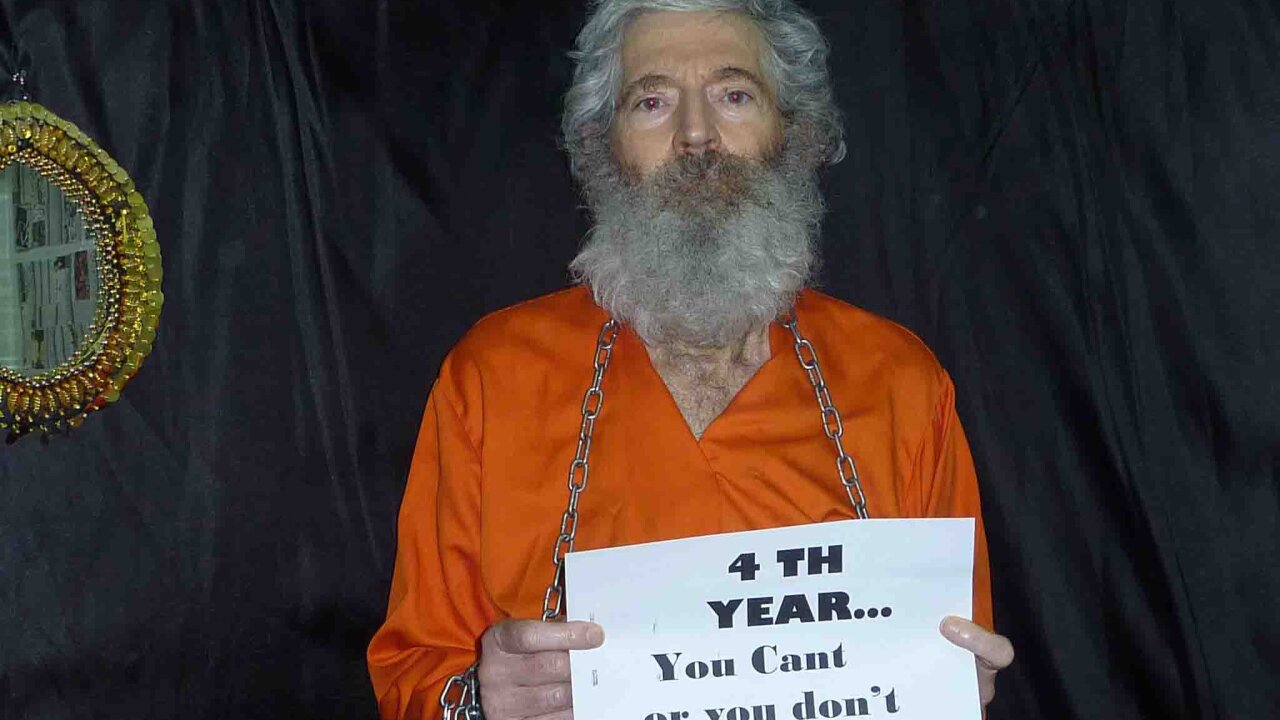 Picture Released by Family/Courtesy Levinson Family
Robert Levinson worked as an FBI agent from the 1970s until retiring in 1998, when he came a private investigator. He was a contractor for the CIA at the time of his disappearance.

(CNN) -- A United Nations working group says Iran's Justice Department has acknowledged that there is "an on going case in the Public Prosecution and Revolutionary Court of Tehran" for former FBI agent Robert Levinson.

The claim was made by the United Nations Working Group on Enforced or Involuntary Disappearances and was provided to the Levinson family. Levinson's family had asked the UN working group to investigate Levinson's 2007 disappearance in Iran.

"The Government reported that: According to the last statement of Tehran's Justice Department, Mr. Robert Alan Levinson has an on going case in the Public Prosecution and Revolutionary Court of Tehran," the group said, according to a joint statement from Levinson's family that was provided to CNN.

Levinson's family is hoping the report constitutes the first acknowledgment from the Iranians that Levinson is in the Islamic Republic. Iranian officials have previously refused to say that he was ever in Iran, claiming there was no proof. Levinson became the longest-held US citizen in US history in February 2016.

The claim comes just days after the State Department's Rewards for Justice Program advertised up to $20 million for information leading to Levinson's safe location, recovery and return.

According to State Department officials, Levinson traveled to Kish Island in Iran in March 2007. He was in the Middle East to investigate cigarette smuggling on behalf of a client and, during the visit, met with American fugitive Dawud Salahuddin, who remains the last person to acknowledge seeing Levinson on the day of his disappearance.

Levinson worked as an FBI agent from the 1970s until retiring in 1998, when he came a private investigator. He was a contractor for the CIA at the time of his disappearance.

Salahuddin told Time magazine that Iranian security officials had detained the two, but -- while Salahuddin was released the following day -- Levinson has not been seen since.

The statement from the Levinson family said Iran has notified their Iranian lawyer and the United Nations that there is indeed an open case in its courts regarding Levinson, but charges remain unclear.

"Iran has told our Iranian lawyer and the UN that it has an open case in its Judiciary about our husband and father. We want to know, what are the charges?" the family said in the statement. "If there are charges -- something we have never heard -- he has served more than 12-and-a-half years and paid whatever penalty. This is also confirmation of what an Iranian government media outlet -- Press TV Iran -- first reported in April 2007; that Bob Levinson was picked up by local security forces. It is time for Iran to end this charade and send him home."

Until this point, the Iranians have not ever acknowledged that Levinson was in their country, let alone in custody.

In 2010, then-Iranian President Mahmoud Ahmadinejad told CNN, "They told me (Levinson) was in Iran, and of course the question came up in my mind, what was an American intelligence officer doing in Iran ... an individual is lost, how are we supposed to find him among 7 billion people spread across the globe? What we can do is assist, help and cooperate, which we have been doing, and we are doing ... as a humanitarian gesture and action."

In 2013, Ahmadinejad's successor -- Hassan Rouhani -- also denied Levinson was in the country, saying, "We have no news of him. We do not know where he is."

In 2014, Minister of Foreign Affairs Mohammad Javad Zarif told CNN's Jim Sciutto that there was no proof that Levinson was ever in Iran.

"I have not seen anything that could prove that he (Levinson) was ever in Iran. In fact, we have seen evidence ... he was last seen alive outside Iran, with pictures showing that he was outside Iran when he was last seen," Zarif said at the time. "It's a very unfortunate case. We've said clearly that we have no knowledge of his whereabouts. ... We need the United States to explain for Iran what a CIA operative was doing, if he was ever in Iranian territory, what was he doing in Iranian territory."

In July 2018, a spokesman for the Foreign Ministry repeated the claim that Levinson had left Iran and had no information, according to the Islamic Republic News Agency.

CNN has reached out to the Iranian mission at the United Nations and the US State Department. The FBI declined to comment when reached by CNN.